My First Time Around a Mastiff Dog

by Timothy A Rowland 8 days ago in breeds 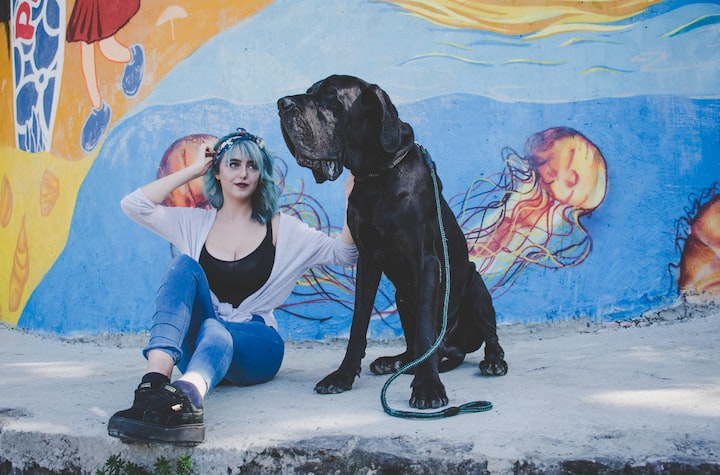 Photo by Valerie Elash on Unsplash

As I sit here, I’m house sitting and dog sitting for my best friend. There are two dogs, a small little bulldog named, Maverick (yes from Top Gun) and an 8-month-old mastiff named, Wilma. This is my first time being around a Mastiff. Now; she is technically small to be a mastiff, but only because she is still a puppy and she was the runt of the litter. Like I said; technically. To me; she’s freaking huge! I have to admit that I’ve never been around a dog this big. I was nervous about being left alone with her for three days right after meeting her. The size of this breed and the look of that squished face, is enough to make anyone nervous or even scared being around a mastiff.

Having said that; I guess I should start by saying that she hasn’t shown any aggression toward me and is more annoying than mean. She craves attention, which is fine since I do love animals, but it seems she doesn’t realize how big she is. Every time she slightly jumps to bump my hand with her massive face; it is a little more than I’m sure she intends on. Being around a mastiff puppy seems to be like trying to wrangle a small pony indoors. At any given moment; I’m not sure who is winning the battle. I do know that if she doesn’t want to do something, bribing her is the only hope I have of getting her to do it. She adorable in her own way, but I admit that I’ll be glad when she is no longer my responsibility and has other humans to keep her attention again.

Wilma (right) and Maverick (left). Photo by: Timothy A Rowland

As I said, there are two dogs. Maverick the small little bulldog is constantly bullied by her. She grips him by the hip or by his entire midsection and moves him around. Because of this; I have to try my best to keep them apart. I’ve tried scolding her, but that gets no response and yelling louder isn’t going to change that. Her owner said to pop her, but I’m not raising a hand to a dog that comes up above my waist when sitting down. I’m not that brave or that stupid. She is fairly sweet to me, but she isn’t my dog and her opinion of me could change at any moment. The saying, “Don’t poke the bear” comes to mind… especially since she is about the size of a small bear. I was told to keep Maverick in his crate most times but that Wilma would jail break him sometimes. She’s done it twice already. Yes, she knows how to get his crate open and let him out, not to mention, let her big head in so that she can aggravate him some more. Poor Maverick.

It has only been one day alone with the dogs, but already I have learned two things for certain. One; mastiffs aren’t as mean as they look all the time. Two; I do not want to ever own a mastiff myself. I don’t want a dog this huge and also, my wardrobe can’t handle it. My pants and shirt now look like I have been roofing a house or playing in a swamp; all because of Wilma’s drool and massive dirty paws. I legit think that I am going to have to wash my clothes twice to get all of the nasty out of them when I get home.

Don’t get me wrong, I don’t dislike Wilma and I’m not fully judging the whole of the mastiff breed on my experiences with this one dog, but it does give me a pretty good idea of things. As I said; I know enough that I am certain I don’t want to own a mastiff. I do enjoy petting her massive head, but not every three seconds like she wants. She’s pushy and when a dog is the size she is; pushy takes on a whole new meaning. If you are reading this because you are thinking of getting a mastiff, but you’ve never spent some time around one; do that first. Make sure that you spend a decent amount of time around a mastiff before you go out and get one for yourself. It really is like having a small pony in the house with you. Why do I mention them being in the house, as though it was the only option? Easy; to me, it is the only option. I have never understood the concept of having a dog and keeping it outside. If the dog isn’t going to be with the family; why have a dog at all?

Well, it may not have been extremely informative, but this wasn’t meant to be a guide or information article about the mastiff dog breed. I just wanted to share my experience of my first time being around a mastiff. There you have it. In fact; I’m about to have to walk out of this room and back in there where the dogs are. Wish me luck 😊