by Wendy Leggett about a year ago in cat
Report Story 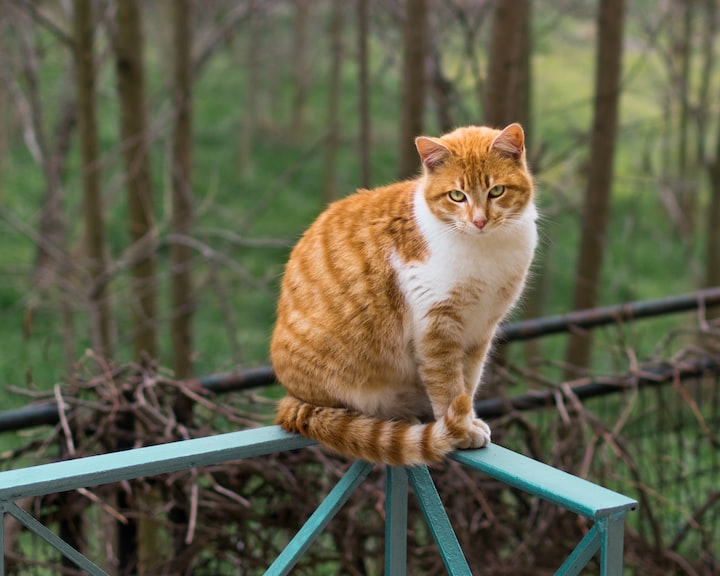 Photo by Michalis Mantelos on Unsplash

The challenge is to write about a stray that you’ve given a home to. Being dog lover, my husband and I have taken many stray dogs. Too many to count, or remember each story. So, I’m going to tell you about our first rescued cat.

Ten years ago, my husband worked at the meat processing and packing factory. He worked as a forklift driver- loading and unloading trucks, and keeping the stock yard orderly. For years they had a problem with cat running through the yard. The real problems started when she started having kittens and leaving them on the property.

Having been warned by Quality Control that they needed to get rid of the problem. They set up traps to catch them alive, but knew they couldn’t place them in a home because they were wild cats. I believe there was talk of peacefully killing them, but my husband didn’t approve.

Being the first person to arrive every morning he checked the traps and got the kittens settle in his work van to bring home. Even if they ran off, they had a better chance of surviving in the country. He didn’t bring them in the house because they weren’t used to humans. He released them outside and they seemed happy wondering around the neighborhood. At least until the last one.

Our daughter had been begging to keep one but Anthony explained that they wouldn’t be happy inside, which suited him since he never cared for cats. After dropping off the cat he decided to go to the store for cigarettes. He came back ten minutes later carrying a kitten and a funny tale.

It’s the middle of winter and we live on a dirt road, He turned out of the driveway and he heard a noise, so he stopped. Not able to figure out exactly where the noise was coming from, he started on his way again but the noise got louder. He stopped but still not able to hear what it came from or even what it sounded like he started on his way again.

I know my husband, and he get angry when a vehicle manages to stump him since he’s certified in small engine repair and does most of the work on our vehicles. I know that by this point, he’s practically got steam coming from his ears.

He got all the way to the stop sign and heard it again. This time he grabbed his flashlight and got out to raise the hood. He finally found the small kitten where it had crawled up by the radiator and the noise had been it purring happily. So, he put it back in the van and went on to the store.

We decided that if he wanted to stay, Miranda would have her way. The cat was orange and white striped cat that she said reminded her of the Cheshire cat in Alice in Wonderland, so we named him Chess. We warned her and fully expected the cat to escape out of the door at the first opportunity. Much to our surprise, Chess seemed to appreciate being in doors where it was room and he got a good meal every day.

We got him a litter box and food, Miranda even picked out some toys, but if we expected the cat to attach itself to her, we were wrong. Chess would keep to himself most of the day, until Anthony came home in the evenings. We all remember the song about Mary and her little lamb- well it described them perfectly. Chess followed Anthony until he would sit down, then climb right into his lap.

Miranda wasn’t disappointed because of the way her Dad acted put out by the situation. He done it every day but we all knew that he had come to love the cat more much as Chess seemed to love him.

Chess passed a few years ago, and though he didn’t show it in front of us we know that it hurt him to have bury him. I think he still misses him since we now have a cat that looks just like him that Anthony calls him Chess every so often.

More stories from Wendy Leggett and writers in Petlife and other communities.