by Frank Shaw 9 months ago in dog 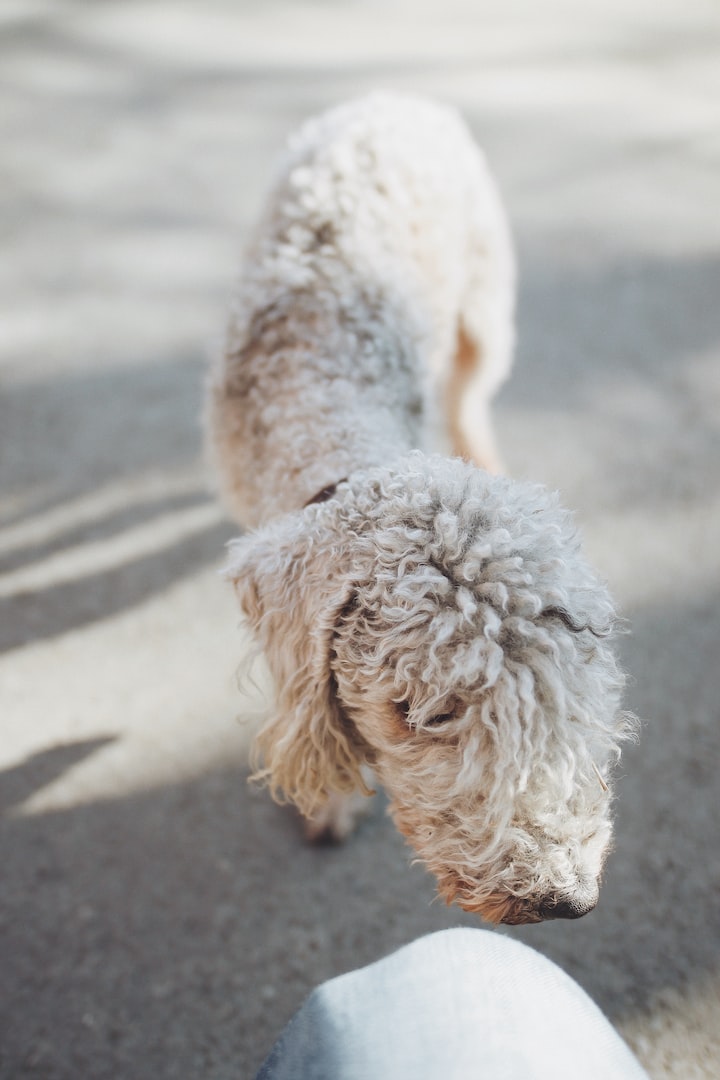 Photo by Pavel Anoshin on Unsplash

As I said in Just a Dog: Honky Tramp, my grandmother had two dogs. Honky Tramp was a terrier poodle mix. Lovely Dog was a shaggy sheepdog. Think of the Shaggy Dog movies if you’re old. If you’re not old, well, I don’t have a frame of reference.

My Grandma Shaw was a kind woman, but she had a wicked sense of humor and wouldn’t put up with any nonsense like most of my family. She was the epitome of a grandma. She always had cookies in the cookie jar, often homemade, but not always. She always stood at the door to wave goodbye to everyone when we left. I spent a great deal of time at her house in my youth.

When I was ten or eleven, it became my responsibility to mow her lawn. It was a pretty large lawn with a smaller backyard between the trailer house she used for guests and the old house that my father and his siblings liven in as children. The task was massive and took me hours to do. The first couple of summers, I used a push mower a couple of times a month. It wasn’t a task I particularly liked, but between my parent’s insistence, grandmother’s need, and the fact she would give me a little money with each mow, I felt motivated.

Lovely Dog was always there. She wouldn’t follow me per se. She was in late middle age by then and would prefer to lay in the shade or find a stream to wade in. But she was there whenever I stopped to take a break, which I frequently did, if I’m honest. She would come over for a pet or a belly rub. In some ways, she reminded me of my dog, Shasta, though she seemed to get along with other dogs better than Shasta.

My grandma seldom let Lovely Dog in the house. She had a problem. She constantly leaked from her nether regions. My dad, or perhaps my grandma, told me that she had the problem because something went wrong after being spayed, something I didn’t understand. They further explained that it was to stop her from having puppies, and it didn’t work right. I only vaguely understood, and it wasn’t until a few years after Lovely Dog was gone that I got it. The result was that everywhere Lovely Dog went, if she sat or laid down for more than a few minutes, she’d leave a little damp spot. It was because of this my grandmother rarely let her inside the house.

In the winter, Lovely Dog’s fur was allowed to grow out to help keep her warm. She had a little bed and area set up on the carport to keep out of the cold. She did ok, though I’m sure she would have preferred to be inside, though maybe not.

In summer, she’d be shorn like a sheep and spend most of her time sleeping in the shade or walking along the creeks and streams that scarred the pastures. I would frequently be right there with her, wading in the streams.

Lovely Dog always seemed to be a happy dog. She had wide-open areas to roam, was given many pets by everybody who came to my grandmother’s house, and always had plenty of food, with a hearty smattering of table scraps and treats. My father, of course, seemed quite fond of her. He always made sure to pet her when he arrived at my grandma’s house and give her a goodbye pet as he was leaving.

I don’t remember when Lovely Dog passed away. I do know it was in my early teens. I’m pretty sure it was after my grandmother got the riding lawnmower. The riding mower made my chore (job) of mowing the lawns immensely easier. I still got distracted and goofed off between emptying the bags, but it didn’t take all day. Lovely Dog was there when I first started using it.

But not long after.

I know there was an empty feeling around my grandma’s house when she was gone. Something missing. Something absent. Honky Tramp was still around, but he was getting older, and within a short year or two, he too would be gone. Mowing the lawn after Lovely Dog was gone just wasn’t the same.

It’s funny how years make memories fade. We have too many forgotten things in our lives. Special moments not captured. Promises made and not kept. But other still, other things stand out brightly and shine a light on your life. Simple things. I remember Lovely Dog shorn and wet, standing in the creek lapping up the water, her tail wagging happily. I remember grandma standing at the door as dad and I drive away, and Lovely Dog walking back to lay down at the side of the porch. It’s the good memories that keep me going at times.

*Photo is not of her, but close to how she may have looked in the fall, she had more grey patches.

I work. I podcast. I write. I game. I hang out with my dogs. I try to move on while remembering the good times. Sometimes I create music. I'm in my 40's in I still don't know what I am in life.