How To Train Your Cat: A Complete Guide to Making Your Feline Friend Behave!

by Michael Emmanuel 2 months ago in cat
Report Story 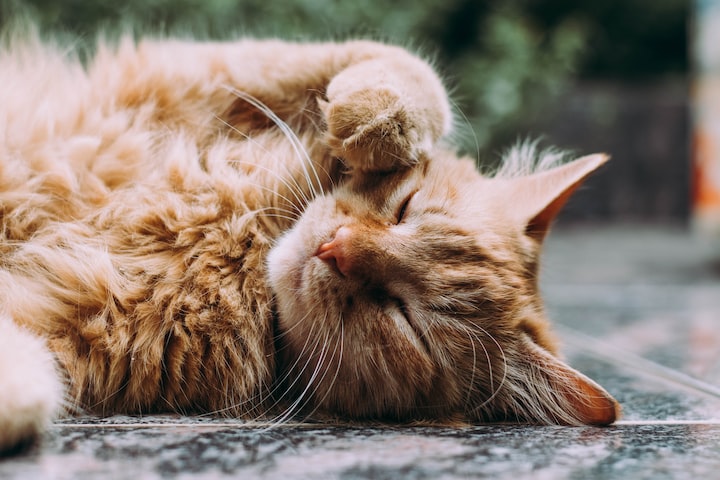 Photo by Ludemeula Fernandes on Unsplash

There are a lot of things that people don’t know about cats and some of those same things tend to shock most people. For example, did you know that cats are one of the few animals on this planet that do not need human contact in order to thrive? That’s right. Cats are actually quite happy being left alone without any human contact. This is why you so often see images of cats lounging in window sills, or lying around some booksheer uninterested in anyone else around them. However, there are other things about owning a cat than might surprise you. Did you know that despite their reputation for being independent, almost all cats love human interaction? In fact, it’s how they communicate with humans that makes them seem independent. Unlike dogs who use visual cues like eye contact and body language to understand what we’re saying to them, cats primarily rely on scent and pheromones when they want to communicate with humans. Cats will rub up against us because it allows them to release pheromones that signal they want attention—not because they want us to pet them!

Who knew owning a cat could be so stressful?

While cats are fantastic companions, it’s essential to remember that they are also wild animals. With that in mind, it’s important to understand that cats come with a whole host of rules and regulations that every responsible cat owner should abide by. For example, unlike other domesticated animals like dogs, cats are not naturally inclined to eat a specific diet that is designed for their nutritional needs. Instead, cats have the ability to process almost any form of protein. This means that if a person wants to feed their cat a different diet, they will have to be very careful in selecting what they feed the cat. The same goes for a cat’s water. Unlike dogs, cats are not naturally inclined to drink water from a bowl. Instead, they prefer to drink water that is flowing. This means that a cat owner will have to provide their pet with a steady stream of fresh water at all times. Failure to do so could result in serious illnesses and even death.

So you want to train your cat?

If you’re a new cat owner and you’ve ever wondered just how you might go about training your feline friend, you might be wondering just how on earth it is even possible. Well, the good news is that it’s actually quite easy to train a cat. Unlike dogs who are social creatures who crave human interaction and thrive on praise, cats are a bit different. While most cats love human interaction, they are primarily solitary animals who communicate primarily through scent and pheromones. This means that cats are much more independent than dogs and don’t thrive on human praise. This is also why it’s so much easier to train a cat. Unlike dogs who crave guidance and are constantly looking for praise, cats are independent by nature and prefer to learn through examples and visual cues rather than praise.

How to get your cat to stop jumping on the counters

This is one of the most common problems faced by new cat owners. Cats are natural hunters who love to hunt and kill small insects. Since many of the things that cats hunt live in the kitchen, some cats develop the habit of jumping onto kitchen counters in order to stalk their prey. Unfortunately, this is a problem that many cat owners have to deal with. Thankfully, there are a few simple things that can be done to discourage your cat from jumping onto the counters in the first place. The first thing you will want to do is to make the counters less appealing to the cat. This can be done by placing coasters on the surfaces so that your cat cannot have a place to balance and stand on. If you place your cat’s food and water bowls on the ground, your cat will have less reason to jump onto the counters while stalking its prey.

How to get your cat to stop scratching the furniture

Scratching is actually a natural and necessary thing for cats to do. They scratch because it helps them shed the sheaths on their claws and also helps them release built up energy and remain healthy. The problem is that cats will often scratch on items that humans do not want them to scratch, like furniture. Luckily, there are a few things that can be done to discourage your cat from scratching furniture. The first thing that you will want to do is to provide your cat with a scratching post. This can be done by purchasing a scratching post from a pet store. The second thing that you will want to do is to make the furniture that your cat is scratching unattractive to them. This can be done by using a spray bottle and squirting water on the furniture whenever your cat scratches it.

How to get your cat to stop urinating in the house

How to make your cat come when you call

While it might sound like the plot from an over-the-top science fiction movie, there are actually a few techniques that can be used to train your cat to come when you call their name. The first thing that you will want to do is to give your cat a name. This is important because cats don’t respond to their names unless they’ve been properly trained to do so. As soon as your cat is old enough to understand that their name is a signal that they need to come to you, you will want to start using their name as you call them. It is also important to remember that cats are solitary creatures who respond to visual cues rather than verbal ones. This means that if you’re going to train your cat to come when you call, you will have to use visual cues rather than your words.

Owning a cat is a great experience, but it does come with its challenges. This is why it is important to make sure that you are prepared for what comes with owning a cat. While cats are fantastic companions, it’s essential to remember that they are also wild animals. With that in mind, it’s important to understand that cats come with a whole host of rules and regulations that every responsible cat owner should abide by. With that in mind, if you’re a new cat owner, now is the time to get educated.

More stories from Michael Emmanuel and writers in Petlife and other communities.