How Does It Happen that a Fuzzy Butt Ends Up Controlling Your Life?

by Kris Downey 13 days ago in dog

When you least expect it, you turn into a sap 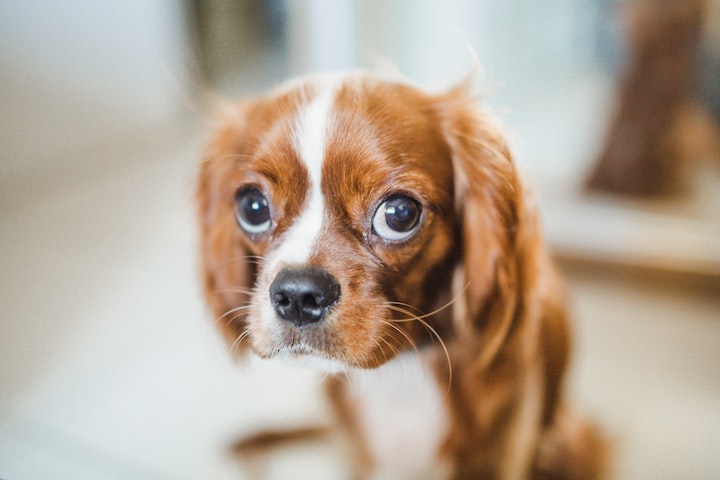 Photo by Izabelly Marques on Unsplash

I never envisioned myself all sappy over a dog. In fact, prior to becoming a dog owner, I’d even been known to say things like, “It’s just a dog, not a kid for cripes sake.”

My philosophy was, and in theory, still is, anything that licks its own butt is not licking my bazoo.

“I will NEVER allow a DOG on the furniture, let alone on the bed.” This was my personal favorite.

Our first dog was Sir Alvin of Clifton. Sir Alvin was a Wirehaired Terrier. He lived for three things — gnawing off the corner of the garage, bolting out the front door, and humping your leg. That was it.

I remember many times calling out the neighborhood search party to locate that little turd. He delighted in leading the searchers, all on bikes, on a wild goose chase through the neighborhood. Eventually, he’d get tired and thirsty and come home only to bolt again if the door was open a millimeter.

Clearly, Alvin was not interested in the ‘family’ part of being the family pet. He had no use for kids unless we were chasing him on our bikes. He also had no tolerance for wearing a baby bonnet and riding in a stroller. This made him something less than the perfect pet in my eyes.

Our second dog was Muffin. My Dad said her breed was Heinz 57 Collie mix. Muffin joined our family a short time after Alvin moved to the ‘great outdoors’ where he’d have ‘room to run’. I was an adult before I realized what that meant.

Mom brought Muffin home in her coat pocket from Bargain City. Bargain City was an early version of a Walmart without the annoying self-checkouts.

When it came time for Hubs and me to get a dog, I knew exactly what I wanted. A dog that doesn’t gnaw off the corner of the garage, doesn’t bolt out the front door, doesn’t hump your leg, tolerates a baby bonnet if need be and of course, a dog that doesn’t shed.

The obvious choice was a Toy Poodle.

Hubs was less than enthusiastic. “I am not walking some foo-foo dog around the neighborhood.”

His initial ‘I am not’ declaration was followed by a list of things he was not going to do, everything from poop patrol to petting was basically out. He would tolerate the dog and that was it.

Our first dog, a Toy Poodle named Pepper, was a 10-pound fuzzy butt with an attitude and an obsession for playing ball. Her ball of choice was a blue handball. Since dogs are color blind, she probably didn’t know it was blue.

Pepper was relentless in wanting you to throw the ball for her. When you finally reached your limit, she would take her ball upstairs and drop it down the steps then race to the bottom to catch it.

She’d do this for hours. And of course, her favorite time to drop the ball and run up and down the steps was when we were trying to sleep.

Despite her late-night ball playing, it didn’t take long for her to turn Hubs into the biggest sap around. All those things he wasn’t going to do, suddenly he was happy doing. He’d even run to the store in the middle of the Super Bowl if Pepper ran out of biscuits. She lived for biscuits.

Our current fuzzy butt is a Toy Poodle named Rigby, and yes, she is named for The Beatles song, “Eleanor Rigby”, from the album Yellow Submarine. We’re Baby Boomers, what can I say?

Rigby is a timid dog in comparison to Pepper. In fact, it was Rigby that made us realize Pepper had an attitude. Pepper frequently bared her teeth. We’re not even sure Rigby has teeth.

Rigby wants nothing to do with playing ball. She’s not good at playing at all. In fact, she’s the lamest dog I’ve ever seen when it comes to playing.

Her favorite toy is a stuffed turkey. She doesn’t exactly play with her turkey unless you consider humping it play. She used to hump her turkey in private. Not anymore. She’s become a free-spirited humper, whenever the mood hits — she humps.

Sir Alvin, Muffin, Pepper, and Rigby have controlled and enriched our lives in ways only a wet nose tail wagging fuzzy butt can.

Never underestimate the power of a fuzzy butt.

Kris Downey is endlessly curious. She's a woman who pays attention and fills up journals in barely legible cursive. She finds insight and humor in the adventure of everyday life.

See all posts by Kris Downey →