How did my Home Become a Sanctuary for Random Creatures?

by Erica Roberts 25 days ago in wild animals

And not the cuddly kind either. 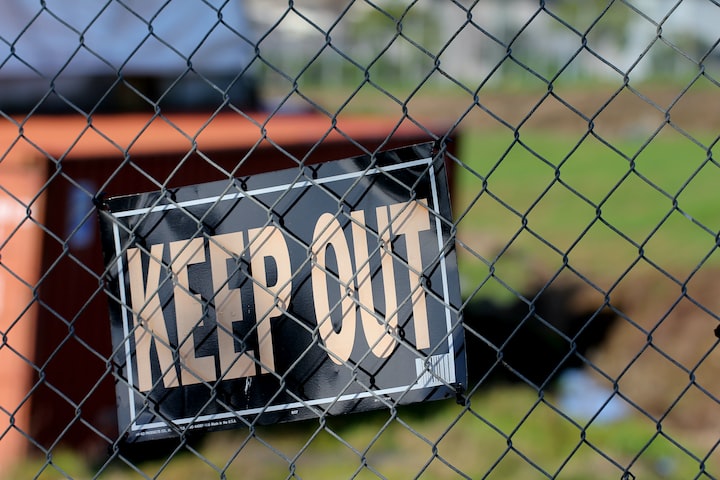 Perhaps the title should read: How did my home become an involuntary sanctuary for random creatures? I certainly didn't send out invitations. Oddly enough, this is not a complaint. Each unique encounter has been either intriguing, entertaining, or at the very least educational. Only one of our visitors cost us money to remove. Perhaps I'll file that one under complaints.

Our first unexpected guest came in October of 2014. A Mexican free-tailed bat posted itself right above our front door; you know, the one we walk through to enter the house. It was also three days before Halloween. I’ll give El Chapo kudos for timing on that one. My daughter, who was seven years old at the time, discovered it first. After picking her up from school that day and walking behind her towards the house, I noticed she had suddenly stopped dead in her tracks. She pointed up and asked what was above our front door. Since we live near at least two tourist-attracting bat bridges, I knew immediately what it was.

Every day at dusk, the bats take flight for their nightly feeding of insects (thank you bats), and this one likely got separated from the group. It didn't appear sick or injured. In fact, it was sleeping as soundly as a parent who's sent their kids over to grandma's for the weekend. I figured it would reunite with its tribe again at dusk which it did. Bummer it didn't stick around through Halloween, but I'm grateful it didn't return or spread the word about our front door vacation spot.

My husband and I chalked up the bat visit as a one-time fluke until April of 2016 when a cluster of about 20,000 bees invaded our home. The inside of our attic to be exact. You could say we were lucky, if there's such a thing as luck when it comes to thousands of bees inside of your house. Apparently, honey bee clusters are not highly dangerous since they become less defensive the further away they are from their nests. How fortunate for us.

So how did we discover our 20,000 guests? A fluke, really. That particular day we had the garage door up, and at one point, when my husband walked out into the garage, he was met by a barrage of bees. After first calming down his wife, he then called a local beekeeper. They ultimately discovered the bee cluster in our attic, undoubtedly plotting to build their nest. Not today, Satan! So one bee smoker, a big portable vacuum, and a ridiculous amount of money later, the bees were safely relocated. Again, how fortunate.

Moving on to March of 2019, when I discovered some new tenants. In fact, they still freeload off of us to this day. After a night of rain, I walked outside the next morning and noticed something new in our flower bed. Snails! Our hedges were covered in snails. Apparently, I was noticing them for the first time. I had no idea there were so many or knew they could climb anything other than walls. Some people consider snails a nuisance, but I've grown quite accustomed to them. I sometimes visit them in the early morning, snap photos of their activities, and create captions in my head of snail conversations. I do have a life. Honest.

Needless to say, the year 2020 had its share of the unusual, and that goes without saying for my next encounter. However, this one by far was my favorite. Over the summer, I was basically adopted by a wild bird. Our time together was short-lived but was very special. In a nutshell, he was a wild bird raised and abandoned by humans. For whatever reason, he picked me as his new companion and would visit practically every day for his daily ration of juicy grapes and mealworms. He would also keep me company and enjoy the shade while I cleaned out the garage that summer. In no time, he became familiar enough around me to perch himself onto my shoulder.

After about two weeks, my friendly companion stopped coming around, and sadly, I never saw him again. He was the only wild visitor that I actually built a sanctuary for with hopes he would stick around. I still miss him to this day. In the meantime, I suppose I’ll have to settle for the occasional wild snake soaking up the warm Texas sun with a grasshopper straddling its back.

See all posts by Erica Roberts →