by Sarah Parish 2 years ago in breeds

The Great Pyrenees are very big, family friendly dogs. They are often referred to as "a sheep dog" and are the perfect dog for hearding farm animals for farmers or ranchers. The dogs are very good as sheep dogs.

You would know if you have a Great Pyrenees for yourself, when the dog has an extra claw on the back paws, I have called it a dual claw.

Most of the Great Pyrenees are all white, but I have seen some of these dogs with beautiful face markings like masks of black, and some traces of brown or tan that are sometimes found on but not always limited to being on the dogs head.

When the Great Pyrenees are bred, they are well known for having large litters of puppies. The usual batch of puppies is around ten to fifteen pups.

The Great Pyrenees are somewhat of an active breed, but are not hyperactive and can be really lazy dogs if so much as the weather is hot.

In my experience they would be quite calm spirited and gentle enough for children, but do not seem to be aware of their own size, and can unintentionally plow right over younger children.

The dogs seem smart enough to be taught by me and are great at learning as far as I have experienced, even though they are sometimes very stubborn.

Great Pyrenees are not hypoallergenic. They require good grooming because their coats are so long, thick, and heavy that even in winter you could weave and make coats with just what they have shed. They do extremely well in cold conditions.

The dog loves to roll around in the mud too!

Let me remind you, again, that these dogs are active. That makes these dogs not that good as apartment dogs because they need lots of space to roam around, and can have quite loud and very deep barks.

Great Pyrenees can be fed the dog food for active dog breeds or you could just feed them puppy food for as long as they live which could end up being about ten to fifteen or so years. They love table scraps or doggy treats and usually like to have the company of another dog.

The dog usually has a long, thick curly white tail almost like an uncut sheep's tail, but covered in long white fur.

As far as the breed's overall health the only thing I have noticed so far, and this might just be only the bloodlines I had been dealing with, is that these dogs were having weak hip bones. I do not know if this is a hereditary trait. The dogs do not seem to be fit as a sled dog or pack carrying animal in my own eyes.

The next picture below is of the same puppy that was pictured before, but a little bit older. This puppies parents are then pictured afterward. First the mother, the one named Snow Flake, who is all white. (The first one that is "Smiling.")

Then there is the picture of the father dog, called Ashur. (Who is also smiling,) He has facial marks that I think look like tears. The father dog also has black on his ears and a couple of large faded tan or brown spots on his back.

Please enjoy the three photos of Great Pyrenees purebred below... 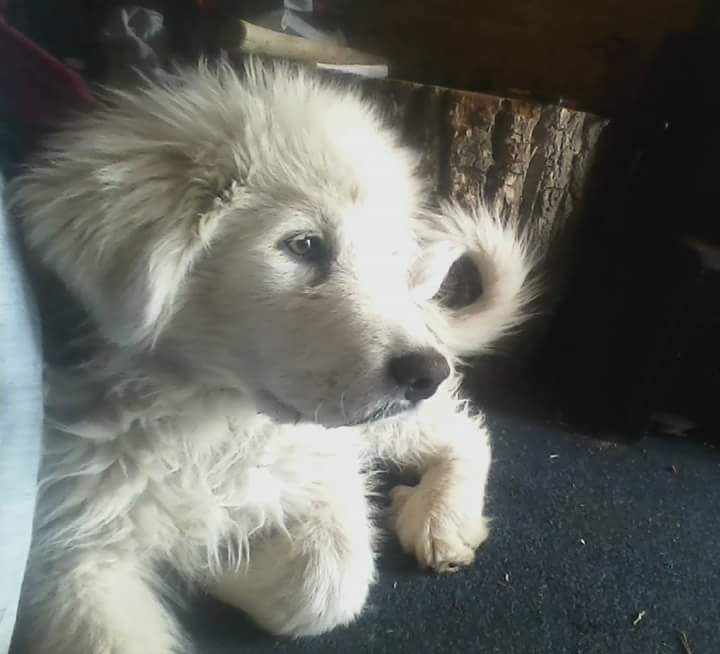 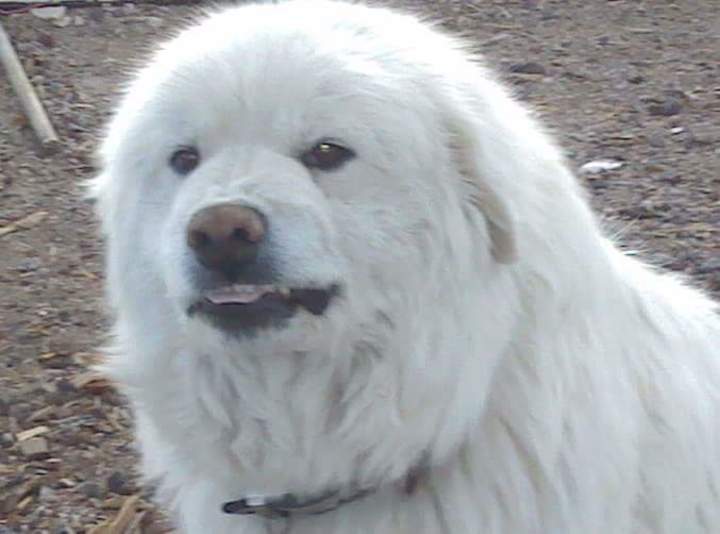 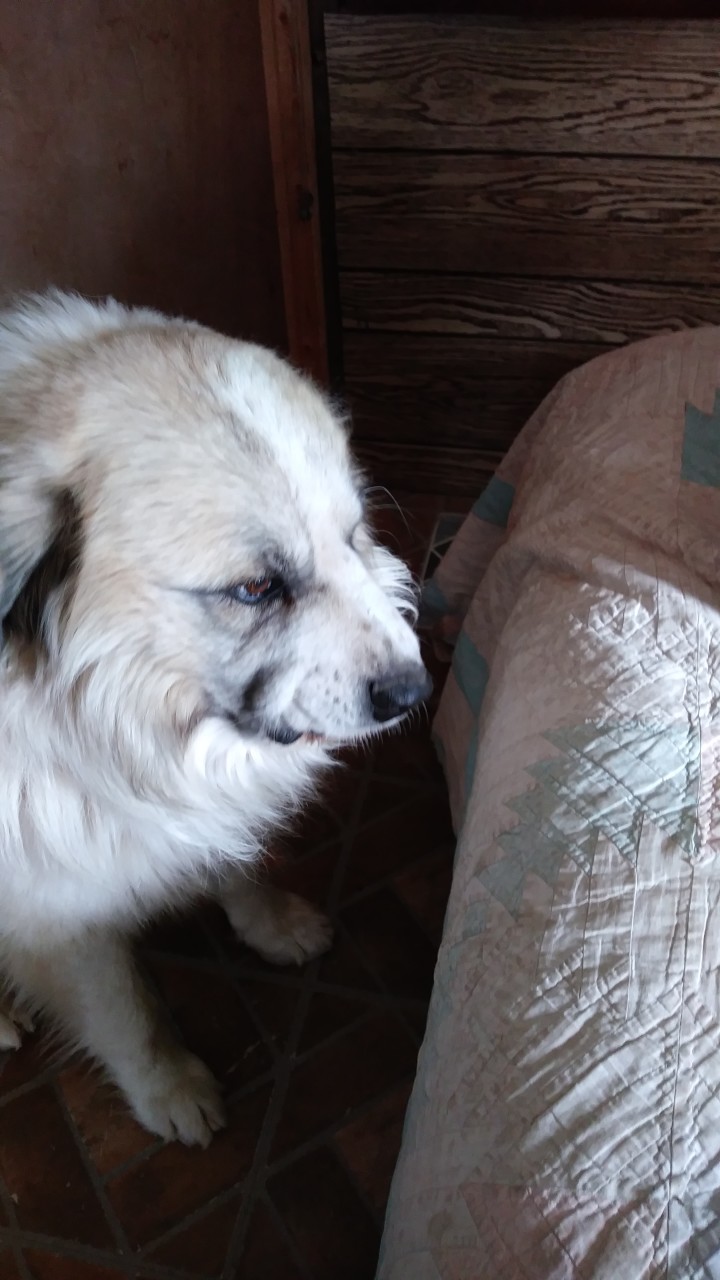 I believe in symbiosis, and that there is a singular dominant God of the universe,

See all posts by Sarah Parish →