by Abu Saleh about a month ago in dog
Report Story

The German Spitz is one of the dog breeds that will surprise you the most because within it we find 5 different but equally adorable dogs. 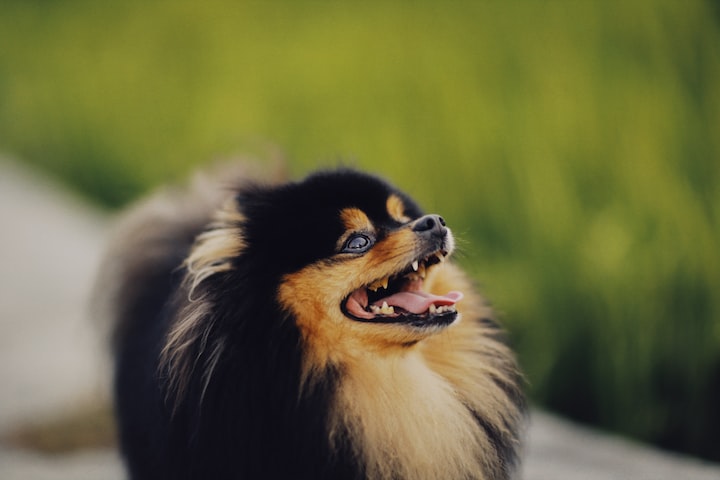 Photo by Alexey Demidov on Unsplash

The German Spitz is one of the dog breeds that will surprise you the most because within it we find 5 different but equally adorable dogs.

All types of Pomeranian Breed

The Pomeranian breed, also known as the German Spitz, will not leave you indifferent since the various furry variants within it make our dream of perfect pets for the home (yes, the size of your house has to be in proportion with the one you choose) but also to take for a walk, with all the benefits that this canine activity entails. The difference between these adorable dogs is in their size.

It is very normal to put on a surprised face when someone tells us: “my dog ​​is a Spitz”, but did you know that they can refer to one as the Pomeranian? We tell you more about the physical characteristics of this breed, as there are several types of German Spitz. Do not despair because thanks to this article you will meet all the German Spitz that exists! Czech!

This is a very well-known dog in Mexico. It reaches up to 22 centimeters in height and does not weigh more than one and a half kilos. Some measures position it as the best travel companion because it fits perfectly in your bag. Dark, brown, white, orange... the shade of their fur is exceptionally different!

Origin of the Pomeranian

The first Pomeranians arose in the province of Pomerania (north of Poland and Germany) from the ancient Spitz dog breeds, coming from the northern countries. The closest relatives of the Pomeranian are the Norwegian Elkhound, the German Spitz, and the Samoyed, among others, which are characterized by having wedge-shaped heads, pointed ears, and plush fur.

In 1761 the appeal of the Pomeranians moved to England when Sophie Charlotte, a 17-year-old princess from Mecklenburg-Strelitz (a neighboring province of Pomerania) married the English prince who would later become King George III and married. took them there.

Important - Before they arrived in England, Pomeranians weighed more than 10 kg.

Among the famous personalities who are said to have owned Pomeranian dogs is the theologian Martin Luther, the artist Michelangelo, the physicist Isaac Newton and the composer Mozart. Currently, the Pomeranian ranks 14th among the 155 breeds of dogs and other registered varieties.

There are three types of Pomeranian although they do not have official recognition and their main distinction lies in the facial expression, and more specifically in the length of their snout.

Fox-faced Pomeranian – This is the most common type of Pomeranian. It is characterized by having an elongated snout similar to that of a fox, which according to experts denotes its intelligent nature. On average, this type of Pomeranian usually measures between 15 and 17 centimeters, also weighing between 1.4 and 3.2 kilograms. Its fur forms a kind of fluffy collar around the head and neck that can be any color.

Bear-faced Pomeranian or Boo Pomeranian: This type of Pomeranian was developed in the United States and is characterized by a face that resembles that of a teddy bear and a significantly shorter muzzle that softens the appearance of its face. His eyes also appear to be larger, being closer to the snout, while his ears are smaller and rounder. Also, their fur is thicker. With a compact body and small stature, this type of Pomeranian is also often called Toy or Mini as it is the smallest type of Pomeranian in size and weight.

It can live up to 15 years old and its weight does not exceed 7 kilos. However, in height, it does not measure up because they are very small. Oh! His character is so cheerful that you will not be separated from yours for a second.

Sympathy -as it happens to these dogs- is his second name. We die of laughter with them! These delightful canines don't weigh more than 30 kilos, a trademark that makes them extremely gifted.

They are solid, powerful and the proprietors of the world. This variety of German Spitz is the most demanded, especially by people who live in the countryside and enjoy animals as much as we do. They are excellent guardians!

This one leaves us speechless because it is as presumptuous as it is intelligent. In addition, this type of dog is always alert to what may happen. It was not in vain that he lived with men in the lacustrine settlements of prehistoric Europe. They were in charge of guarding, hunting, dragging sleds, and keeping the nomads who lived in tents company. We want one!

More stories from Abu Saleh and writers in Petlife and other communities.