by Trevor Feely 7 months ago in ferret

Meet Sid and Aella, the trucker-ferrets.

Ferrets are ridiculous, but in a good way. Let's take a look at what it's like to have them as part of your family.

What is a ferret anyway?

Ferrets are domesticated form of the European Polecat, scientifically known as "Mustela putorius furo," they have an average life-span for five to 10 years. They're pretty small, although males are larger. They are a little stinky, but not nearly as bad as most people assume. They are incredible creatures with strong personalities.

Wondering about adding a Ferret to your family? I'll give you some personal information, and opinions based on having two of them myself.

If you're planning on getting a ferrets there's a few things you should consider, first off I would say they do best with two or more. It's highly recommended to get two, I adopted brother and sister ferrets, aka Sid and Aella.

Let's start out with Sid. He's the larger, lighter color ferret in the media I've posted. He's a fatty, really sweet, and loves to eat. Speaking of eating, feeding ferrets is easy, I feed them Marshall's Ferret Food, it's chicken-based pellets. They eat pretty frequently, and if you have a one like Sid, then they eat a lot. Aella, the little girl, doesn't eat as much. It's recommended to have water/food bowls that they cannot knock over. Also, I have some Vitamins which is highly recommended, it comes in a tube and I use it as a treat to reward good behaviors. Yes, you can train ferrets, similarly to dogs. They are potty trained to go on a puppy training mat, they respond to their names, and they definitely know how to make decisions-both good and bad.

Ferrets have incredible personalities. They are very playful, friendly, and the most dominating trait is CURIOUS. They want to explore anything, don't worry about buying toys for them, just throw some type of bag, or old shoes out for them. Ferrets can squeeze into almost anything. They say if they can fit their head, they will fit their body. Amazing really, they're so squishy. If you are attempting to do ANYTHING and they're awake, expect them to be quite nosy. They want to snoop around anything and everything. It's quite funny.

If you would like to see these two in action via video check out #TruckerFerret on instagram.

Ferrets love to play, they run around and chase each other, explore anything and everything they possibly can and even wrestle each other. They think they're very sneaky—and their walk is hilarious. They are honestly the most entertaining pets I've ever had. What are they doing when they're not exploring and getting into places they shouldn't be?

Ferrets sleep A LOT. The majority of the time, I would guess at least 15 hours a day. The two of them love to cuddle each other. Ferrets love to "dig" or find safe, dark, and soft places to sleep for their daily hibernation slumbers. When they are asleep, you can move them and they will keep sleeping. They can sleep during almost any condition. When I mentioned they cuddle, they really really cuddle. It's the most adorable thing.

How much space do ferrets need?

Ferrets will explore as much space as is given to them, that aspect is endless, however, they are happy with anything. They are very content in exploring the same areas over and over. They go on little ferret missions, it seems. I actually was an over-the-road truck driver here in America, and these two ferrets lived on the SEMI TRUCK with me. They act exactly the same in the truck, as they do in the house. The movement, and noise of the truck did not stop them at all, in fact they didn't even seem to notice. I have a Pet Travel Backpack that allows them to chill on my back and I take them pretty much everywhere, they are completely content just looking at new stuff from the backpack. I do not have any cages for my ferrets, I jokingly say they are free-range. If you really need them to be locked up, simply put a pet-bed in the bathroom and they'll sleep it off.

What are some cons?

Well I really do not have too many cons, but not too many is more than none. Here are my negatives. They eat and poop a lot. (They're potty trained so its not a messy thing.) If you do not bathe them once a week they will start to get pretty stinky. (Also, not a big deal-easy fix).

Something else to consider—they can get into places like under the stove, or perhaps under a door or something, so be mindful of your environment.

Would I recommend them?

I love my ferrets. They're the cutest, strangest, smallest, stinkiest, funniest creatures on the planet. They are great with my dogs, in fact they all play together. They constantly have me laughing, it never gets old watching them "sneak" around— when they're not sneaky at all. They will chase me, the dogs, or each other around and try to play. It's just a wonderful experience. Having them on the road with me, while I was at work, traveling the country made the experience feel like I was truly at home. The amount of effort or care to have ferrets as part of your family is very minimal. 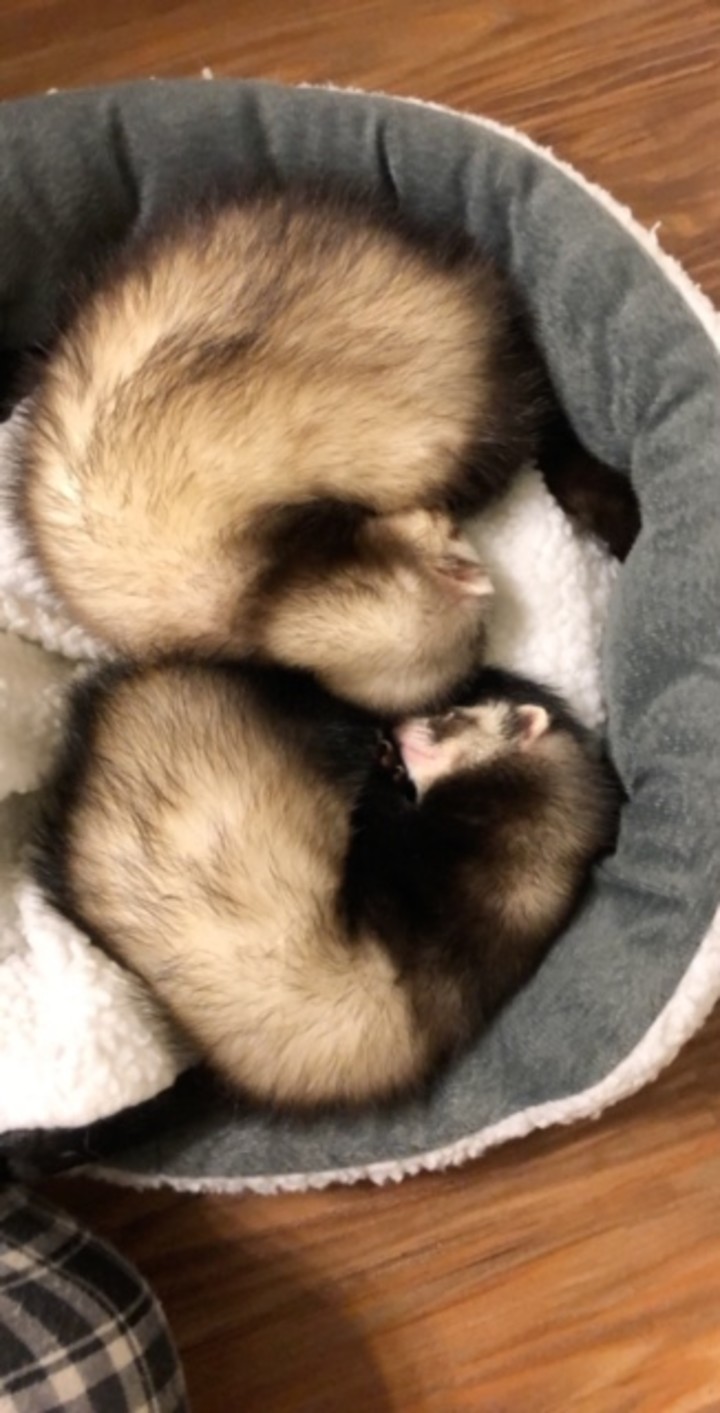 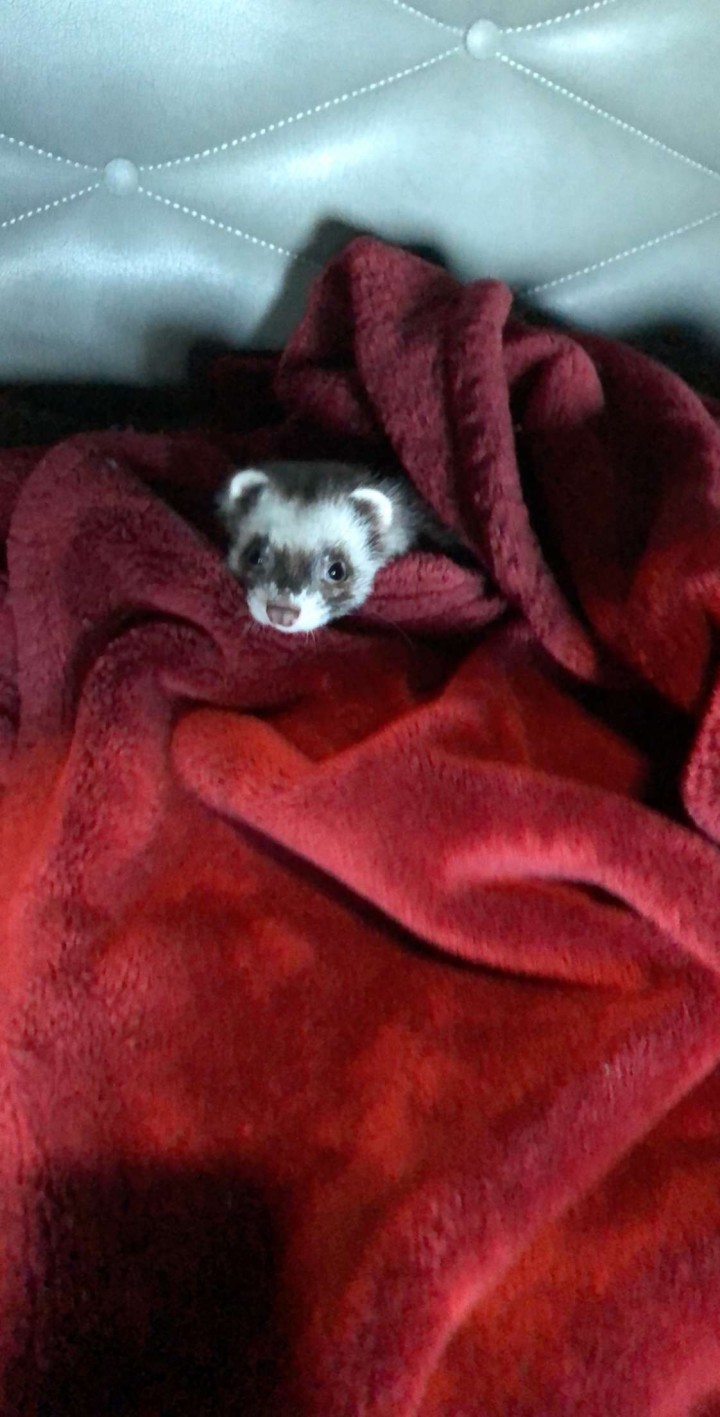 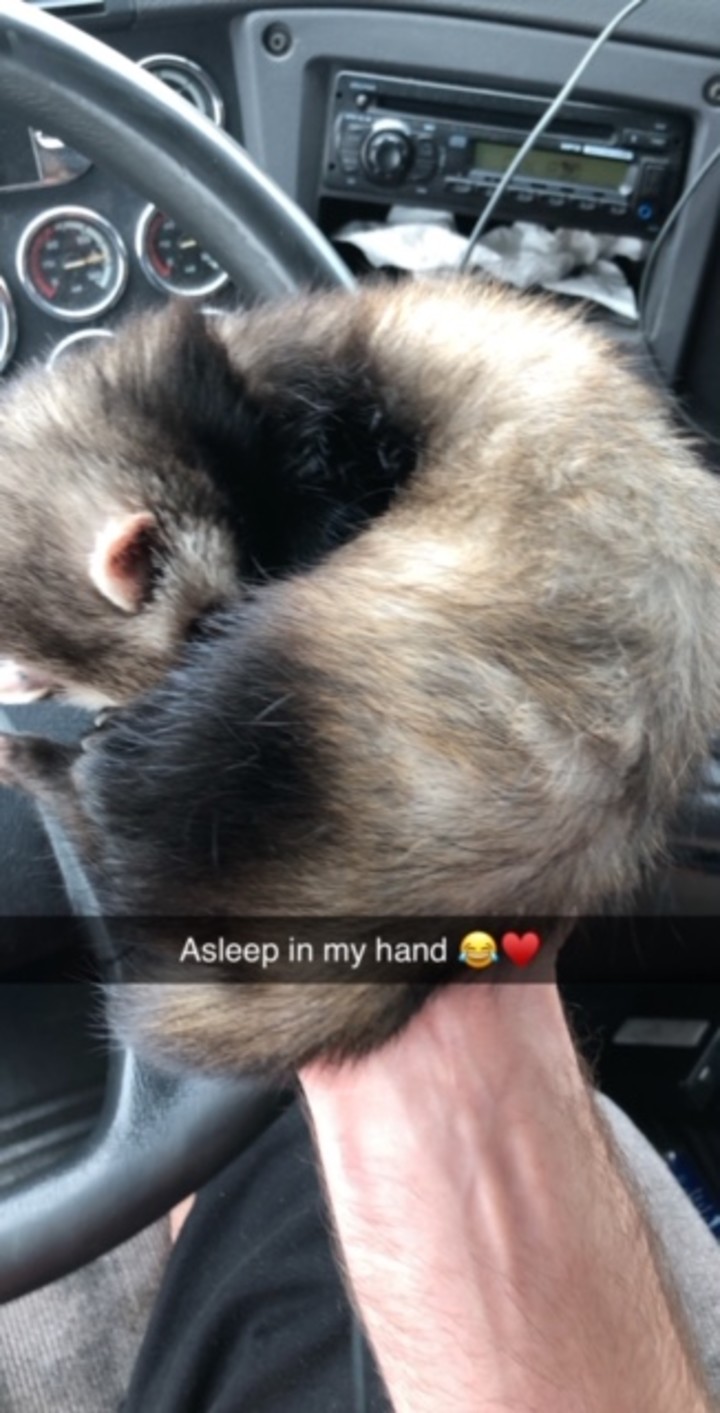 Hello! I am a Music Producer, Writer, Life Student, Entrepreneur, Animal Lover, Water Fanatic, and many other titles. I trust that those who find my page were brought here for a reason and I hope that my content helps and/or inspires you!

See all posts by Trevor Feely →