by Desmond James 7 months ago in wild animals

They did not originate in Africa 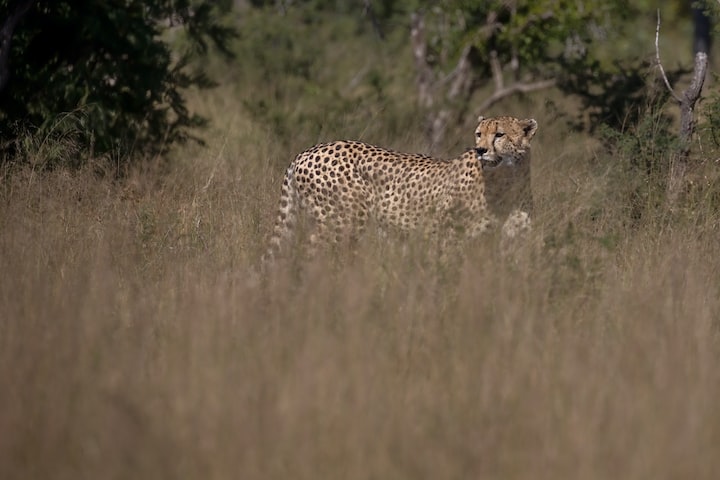 Photo by Hans Veth on Unsplash

That’s right. Cheetahs, even though they are one of the “must see” animals on an African Safari, are not originally from Africa, and it was only recently that I became aware of this.

Like many children who grew up fascinated by nature, I wanted to know everything I could about the remarkable world in which I lived. I sought answers to every question that popped into my mind, and in turn, found answers which led me to ask more questions. The library was a place I passed many hours, absorbing information like a sponge, and the 500 section was my favourite place to visit. What is the 500 section? It is a part of the Dewey Decimal System, the system used to organize books. The 500 section is home to Natural Sciences and Mathematics, and the place where I felt at home.

Anything that interested me could be found in the 500 section. I found out which was the largest bird, the smallest deer, the largest animal that ever lived, the biggest shark, the fastest animals, the biggest snake, the animal with the most legs, the most poisonous creature, and everything else I could think of. I also learned that the fastest animals were predators, such as the peregrine falcon, the cheetah, and the sailfish. So many facts were readily available to me and I did my best to learn them all.

Living in Canada, I also knew the names of the large land mammals, like the bison, elk, moose and deer, as well as the bear and cougar. I sought out every bit of information I could about North American animals, and in the process, I learned about a unique one that to me, looked a lot like a deer, but was not one, nor was it an antelope, another animal it resembled. This animal had no other living relative on the Earth. The very unique creature is called the pronghorn.

Pronghorn live on the plans of North America and they are fast! In fact, they are the second-fastest land animal. Only the cheetah is faster. I learned so many facts about pronghorn and most of them were related to its adaptations for speed, such as its long legs, and large windpipe, heart and lungs. Since I also knew the fastest animals were predators, that led me to ask myself some questions: Why does it need to run so fast? What eats a pronghorn? How does it catch it? The pronghorn only needs to outrun a predator like a coyote, bear or wolf, which it can easily do. A bear can run at a speed of up to 35 miles per hour (mph), while a wolf can bound at speeds of 40 mph, and a coyote can reach 43 mph. So with a top speed of 60 mph, pronghorn are vastly faster than their predators. But why? They didn’t need to be that fast, did they? As it turns out, until around 11,000 years ago, they did.

As scientists continue to look at fossil remains and piece together ancient history, we have learned that humans originated in Africa and expanded from there. In fact, Africa is literally the cradle of life itself. It is not only the origin of human beings, but also many of the plant and animal species. In Africa, scientists found the oldest human remains, oldest plants fossils and also the oldest evidence of dinosaurs. I always believed that most life originated in places other than my home continent and that a land bridge allowed species to enter North America and expand their range. However, the cheetah actually journeyed in the opposite direction. They began their existence in North America and expanded west, eventually arriving in Africa, the place where almost all wild cheetahs now live.

And now, cheetahs are on the verge of extinction. There are around 7,000 cheetahs left in the wild, with numerous threats to their survival, including a lack of genetic diversity and existing in small pockets of territory, and their numbers are declining. So the one big cat that only continues to exist because it migrated from North America may now go extinct because of the pressures it faces its homeland, the place it arrived so many thousands of years ago.

Being an avid reader since I can remember, and writing professional communication products for work, I embark on a new journey. Writing is something I enjoy and I find inspiration all around me, especially in nature. Let's see where I go.

Receive stories by Desmond James in your feed
Desmond James
Read next: Pets, they are great