by Taufik Olu 2 months ago in wild animals
Report Story

Why did the dolphins lose control and bite people? 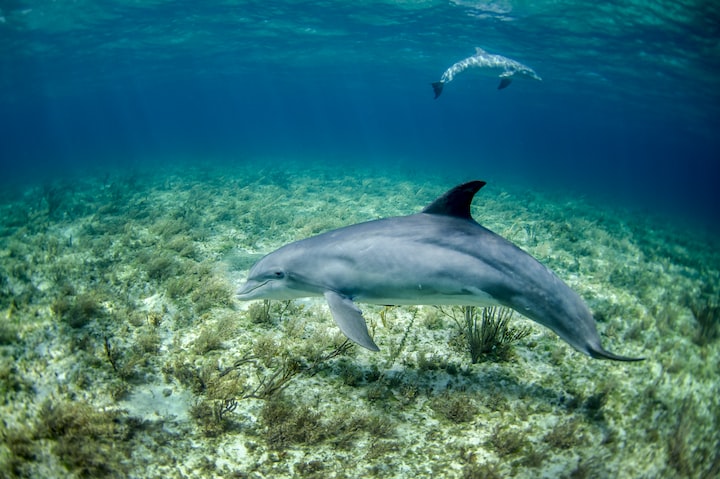 Dolphins have a lovely appearance, plus a gentle personality, very popular with people, usually when the dolphins will not attack humans, but dolphins also have angry times, that will be out of control to bite people to attack people. Recently in the United States Miami Oceanarium, trainers and a dolphin is performing a show, but suddenly the dolphin is out of control, chasing the trainer biting, and not letting the trainer swim back to shore.

The dolphin chased and bit the trainer for several minutes, several attempts to push her back into the water so that people are surprised and afraid. When the trainer came ashore, she could be seen trembling and extremely scared. During the performance of this show, small children did not realize what the problem was, were laughing in cheering, adults saw the trainer's frightening performance, and are afraid, and this dolphin became angry and aggressive.

The trainer was quickly sent to the hospital for treatment, the aquarium also quickly responded: this dolphin is 23 years old, has been living in the aquarium, usually very docile, the reason why this time is out of control is the trainer in the performance of the show likely appeared certain actions so that the dolphins think it is unfriendly actions, stimulating the dolphins, only to make the dolphins become perverse.

Aquarium dolphins also have some aggressiveness

Dolphins are good at performance programs, such as drilling rigs, playing basketball, and other exciting programs that can attract many visitors, and many people who visit the aquarium, will interact with the dolphins, especially children to make greeting gestures, but these gestures in the eyes of the dolphins, representing the trainer to throw food to them, when extending their hands, it is easy for the dolphins to leap out of the water to grab food and accidentally hurt tourists, etc., so the aquarium will also advise visitors to stay away from dolphins to avoid dolphins out of control attack.

The intelligence of dolphins is relatively high in the animal world, but the performance of dolphins because they are trained from childhood, will let them have been kept in captivity in the aquarium, which will make some dolphins nervous, slightly encounter what stimulation, will become angry aggressive, so even the dolphins in captivity are also aggressive.

Dolphins saving people is an instinct

There are many records of dolphins saving people. If dolphins find someone drowning, they will hold the person out of the water and push the drowning person to the shallow water, so that the person can be saved, why do dolphins behave in this way?

The study of the behavior of dolphin populations found that dolphins naturally like to hold things out of the water, if they find something floating on the surface, they immediately come to push, including dolphin calves, or injured companions, and other dolphins will be the same kind of lift, this is a way for dolphins to protect the race, so dolphins save people is an instinct, of course, other animals are the same, such as dogs, cats fall into the sea, dolphins will come to the rescue.

In the interaction between people and dolphins, dolphins always act friendly, which may be related to their high IQ of dolphins. When people show kindness, dolphins also think that people will not hurt them, plus dolphins are active and lively, and they can easily treat people as their entertainment toys, so they naturally show very friendly interaction.

Also related to the dolphins themselves, dolphins have very small teeth, can bite and hurt people, but can not chew, can not tear people, plus dolphins have been feeding on fish, are whole will be small fish swallowed, the taste of people and the taste of fish is too different, naturally not in the dolphin's attack range.

There are more than 40 species of dolphins, including killer whales, which also belong to a large dolphin, dolphins are smart and united, but also the predators in the ocean, located at the top of the marine food chain, in addition to the more ferocious sharks, other marine life does not pose a threat to it.

Money is round. It rolls away.

More stories from Taufik Olu and writers in Petlife and other communities.