Dogs and my grudges 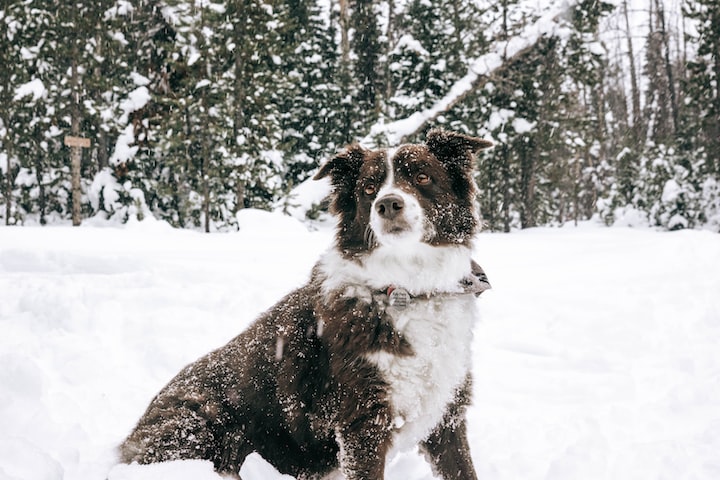 Photo by Glenna Haug on Unsplash

Friends who have dogs have a habit of always praising their dogs for their good breed, good looks, intelligence and understanding and obedience and loyalty without thinking about it. The pleasure that dogs bring to them can be seen from the pleasant expression on their faces. But behind this pleasure also paid a certain amount of hard work and price, in this regard are self-evident, it is normal, anyone get which aspect of the return, but also to pay a certain price, this is also one of the laws of nature. But a mention of the dog its always drunk in the feeling that shows the pleasure of getting this, in his opinion or worth it.

I am also one of the dog breeders, in the past also did not do anything to prepare for the dog, or according to their own casual temperament, others sent to the natural model. From then on, the little dog, then a border collie, began to integrate into my family life, and now I can say that a whole year, it is also a year old. The actual fact is that the actual dog is also considered an adult, its temperament and other aspects just like a human being, also formed.

After raising this border shepherd, I also naturally and naturally produced the same psychology as other dog breeders, fun filled with it. But one of the troubles also came about, which is normal, right? From the childhood of the messy pee, to chewing and demolition of all the objects it thinks can be destroyed, if not stopped, it is simply to the point of no end. It has grown up now, is also occasionally under the destruction, basically no harm, after all, has become an adult, but its side of the shepherd lively and active, and exercise superb habits, is not the general breeding dog can suffer with.

From the dog, the past did not dabble in the field of knowledge, but also naturally became an area of concern to me. I also learned that in the world of dogs, the border collie's intelligence is ranked first, there are many large events in the shadow of the border collie, and also performed quite well. It was also discovered that it was indeed as gentle, kind and lively as the relevant parties had described. But to be honest, this is only its main aspect, and also its superficial side.

Through a year of contact with it, I talk about my own experience, so that many dog owners who have not had a border collie also understand the other side of it, will also be laughable.

First, it and other smart and loyal dogs know the same rescue; in the living room I was walking suddenly fell to the ground not moving, it will immediately rush over, with its front paws pulling my arm, see no movement, it is anxiously around the circle, licking face, etc., mouth with anxious whimpering, trying to wake me up. When that didn't work, he tried to ask someone for help. Another time in the room I made a painful sound, it is outside the anti desperately scratching the door, afraid to scratch the door, then immediately stopped it. These are all tests, of course.

Secondly, it's a lot of intelligence basically embodied in the master's battle of wits above; and it's battle of wits irregular, irregular, in your unaware when you may have fallen for it. I was working in front of the computer, it entered the door directly with the front paws pull you, acting very urgent, you stand up, it gestures you and it go, as in the past to go out to the grass to urinate (outside the yard has a fenced grass), but you go out with it, only to find that someone outside the dog is walking over, and I do not know how it knows, called it back to the room, the performance is really reluctant; second, he does not want me to go out without it, and even put me The car unit is stolen under the sofa, I was anxious enough to see me really anxious, like when it is looking for toys, lying in front of the sofa low growl, I just know it to put there.

Third, a little bit of revenge; once it made a big mistake, my wife beat it, but the next day to get up, it peed a little bit in her slippers, so she almost slipped, when it was lying not far away as if laughing and watching, and then quickly run away, I was suspicious, this is still a dog? Then it lowers its eyebrows and comes over, admitting punishment (the way is punished by standing). Give it good food, you turn your head to see eat up, it is too fast, right? Look again, it turned out that it put an empty basin on top, but also told you to put food, and once again crying and laughing, after being exposed, and a look of recognition of punishment to you, you hit it it is not running.

Fourthly, after we go to bed, it will sleep quietly on the floor on its cotton pad, once you turn off the light, it will quietly slip away and run to the sofa to sleep, when we want to get up, it will also quietly appear on the cotton pad. Through long time observation, I found that it really expresses its consciousness with its eyes, sometimes it will really look at you or other animals with contempt, probably to express the meaning of looking down on it!

Fifth, it shows too much enthusiasm for people and things, definitely to the point that you can not stand; home guests, it does not care whether you know, all enthusiastic to jump on people for a long time, you stop it will continue, and finally isolated it to other rooms, it will be with the kind of uncomfortable look at all the people, and then silently leave. Usually it is fine, in addition to their own toys to play too high, toys screaming and rattling it can not care, do not play, it began to stick to people, you can do and you do not leave the ground, you sit down, it will lie on your lap, sometimes to take care of its emotions, had to put down other things to accompany it, is also no obstacle.

Sixth, it is too sensitive to the animals in the TV, always put it to push the TV down, stop it will mock your petty with the eyes. Highly yearning for the car, it may feel like going to a farther place, after all, its ancestors were shepherds. As long as you put it on the field, you do not need to pay attention to it, it is like the whole field as its home, it will long run and scratch the ground. But once the car to go, no matter how far will immediately park over, rushing into the car.

The above is part of its performance, because of space can only do this expression. Since what kind of friends? Border collie dog you can keep? You can stand to fight with it every day all the time? You will work hard for it? Dog owners have to walk their dogs every day, but also to comply with the relevant regulations to do civilized dog; but the border collie is not your usual imaginary dog walking ah, it is smart IQ is the first, but also the first exercise ah. It has to run in a certain space (of course, preferably a field) for a long time a day, to make it a pet, many people do not have the conditions, shut it every day is going to shut it silly, then you will lose more than you gain.

It brings me fun, but it brings me a lot of trouble indeed, it does not have the same absolute obedience as other breeds, perhaps its thinking is richer than other breeds, so it does not see you as the master, but treats you as a buddy. Although some have had enough of the feeling, but have not given up the intention, have been accustomed to fighting with it, have not really thought about the day without it is not like some less what? It is better to do the plan that life does not stop fighting with wisdom! What do you think?

More stories from Karpenaru and writers in Petlife and other communities.