Companion From The Wild

by Sumera Rizwan about a month ago in wild animals

"Moti" we cherish your memories! 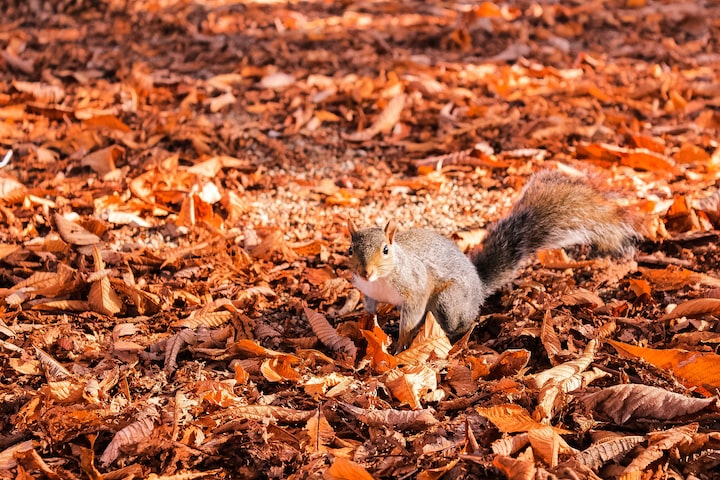 Photo by Federico Tasin on Unsplash

Start of April 2020 when the whole world was under at least some sort of lockdown due to covid19. A poor baby squirrel fell from its nest, weak and fragile newborn baby left all alone in this harsh world.

My dad heard its cry and stood there to protect it from the cats, keeping an eye for the mother squirrel to come and get the kit. Several hours passed but the mother never came.

Dad had no choice but to pick it up and take it inside. The kit was hardly a week old. He was hairless and pink. His eyes and ears were closed, and his fingers joined. He was very tiny, just the size of a human thumb.

Dad kept it in cotton and fed it milk through a dropper every two hours. He named him “Moti” meaning (pearl) and took care of him just like his own little baby.

I called my dad every day in lockdown and he seemed so excited about this new arrival. He would tell me the progress each day. He would wake up in the wee hours of the night to feed the adopted kit.

Each day was better than before, the baby was showing full signs of survival and growth.

A few weeks later the baby opened its eyes and started recognizing my dad as his mother. The fur started to grow, and it started looking adorable and became much more active.

Dad would share his daily videos in a family group and all his grandchildren would go crazy watching the kit grow.

After the lockdown, my brother’s kids returned home to their granddad, by now the baby was much older. The kids immediately fell in love with it. All-day they would be in their granddad's room playing with the baby squirrel.

The baby was thriving with every passing day, He started collecting tissue papers and cotton for its nest. He was very affectionate and loving. He even recognized and responded to his name “Moti”. Dad loved Moti and Moti loved him back.

As it was more active, it could freely move around in the house. It would surprise its family by climbing on them. It was incredibly playful. It would play catch and also hide and seek with little kids in the family.

It ate cookies and nuts and would eat on your hand when offered its favourite treat. He moved about all day but when it was tired or hungry he knew where to go. He would come to my dad and Dad always seemed to know what the kid wanted.

Moti ran to my dad whenever he was called no matter what he was doing he would immediately respond. He loved to climb on dad's shoulder.

When he was over 8 weeks old dad took him for short visits in the garden to get him familiar with the outside environment. He loved the outside and climbed the trees, but he was always under the watchful eye of dad protecting him from any harm.

He even made friends. Dad was very happy for him. Several days passed practising his outside visits. One day during his outside trip Moti climbed a tree and he was running around as Daddy turned to sit back on his garden chair to his surprise Moti came down from the tree running to him it was in a fraction of second a wild cat appeared from nowhere and grabbed Moti. Dad ran after the cat but couldn’t save Moti this time.

The whole family felt very sad when dad broke the news to us. Moti was buried but his memories live with us forever.

Editor and writer with a Computer Science degree, with stories curated in over 15 different topics at Medium ,she writes from her heart and aims to touch the heart of her readers

See all posts by Sumera Rizwan →