by Sahina Bano 9 months ago in cat
Report Story 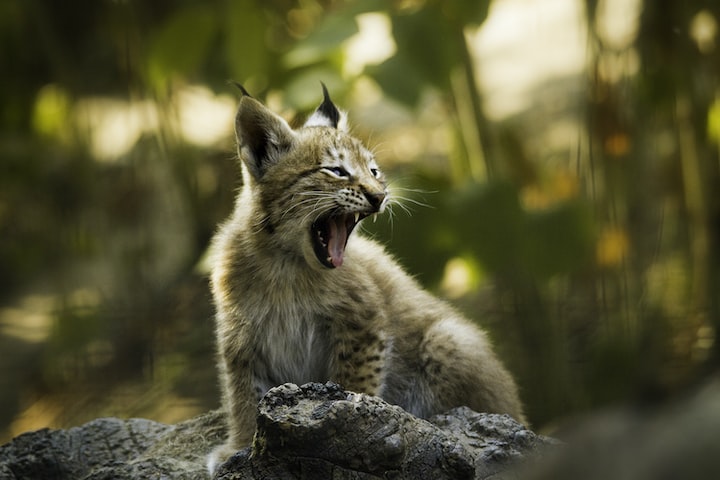 Photo by Frida Bredesen on Unsplash

Everyone recognises a lynx by its beautiful tassels on the ears and short tail. Her look is really expressive, and she should not be confused with anybody. Today, we'll take a closer look at these cats. We may claim that the lynx is our cat in full measure, a local predator.

The lynx is a member of the feline family, belonging to the genus lynx. Today, there are four subspecies of this cat on the planet:

Let's go over them in order. The common lynx.

A pretty large cat, measuring up to 70 cm at the withers, 130 cm in length, and weighing up to 25 kg. The lynx has a small body, long legs for quick mobility in the snow, and sumptuous hair, making it a popular target for fur trappers.

The hue of the lynx ranges from reddish-brown to pale-smoky, depending on where the cat lives. Southern lynxes have a rufous coat. As well as smaller ones.

The geographic range of the common lynx is fairly large. From Scandinavia and Greece to Sakhalin and Kamchatka, there is something for everyone. It may be found in Russia, Central Asia, Scandinavia, the Carpathians, Poland, the Czech Republic, Romania, Hungary, Spain, Estonia, Slovakia, the Balkans, and the Caucasus. The lynx is scarce everywhere, and it is difficult to spot it in the wild. Previously, lynxes could be found all throughout Europe, but by the mid-twentieth century, they were all but disappeared. Attempts are currently being undertaken in Europe to restore the population of these felines, and they are proving to be fairly effective.

The lynx favours dense coniferous woods, taiga, although it is also present in mountain forests. The lynx's range extends into forest-steppe and forest-tundra in certain locations. They can swim effectively and climb trees and rocks... When there is a surplus of food, it is sedentary; when there is a scarcity, it can roam.

The name alone indicates that this kitten is from the United States. The Canadian lynx is the European lynx's closest cousin. Alaska, Canada, and the northern United States are where he calls home. The lynx is much smaller than the ordinary lynx. Weight up to 14 kg, withers height up to 65 cm.. Body length up to 117 cm. The color is grayish-brown, reddish in summer. Usually found in forests.

It is also American, with a range that extends from southern Canada to central Mexico. It may be found all throughout the United States. It is not huge, with a wither height of just 35 cm, a body length of up to 80 cm, and a weight of up to 11 kg. Because it does not need to move in thick snow, the red lynx is not as long-footed as other lynxes. On the tip of her tail, she bears a distinctive white mark. These cats may be found in deserts, marshes, subtropical and coniferous woods.

There are melanists (only in Florida) and albinos among red lynxes. (Sorry, I couldn't locate any typical pics.)

Lighter hair and finely defined markings differentiate the Iberian lynx. The Pyrenean lynx has the most restricted range; it can only be found in the south-west of Spain, where it lives in thick shrubs. Weight up to 15 kg, body length up to a metre, withers height up to 70 cm This cat used to roam the whole Iberian Peninsula. However, due to a decrease in the amount of food available and the degradation of the environment, it faced extinction.

The lynx is a skilled hunter. She, like other cats, attacks from ambush or makes a throw, stealing as near to the target as possible. The lynx has a 4 meter length and 6 meter high leap. The victim can be pursued for up to 80 meters. Cats can't run for very long. Lynxes, on the other hand, can walk for a very long period. It has been reported that they can wander up to 30 kilometers each day in quest of prey.

An intriguing fact: the lynx walks in the manner of a track inside a track, with the rear legs stepping on the tracks of the front ones.

Hares, birds, rodents, and ungulates are among the foods consumed by lynxes. Despite its diminutive size, the lynx possesses a powerful jaw and a muscular physique that allows it to readily grasp prey.

The tassels on the lynx's ears operate as a form of antennas, amplifying the sound. The lynx can hear a person's footsteps in the forest from many kilometres away.

Lynxes have a private existence and shun social situations. They only come near human settlements when it is hard to get prey in the forest; they may even come to the city to catch a cat or dog. However, such instances are extremely rare.

Lynxes are solitary creatures. Males and females can only be discovered during the mating season. During the mating season, quiet cats become extremely vocal, purring and meowing loudly. Males struggle to protect females. When a pair forms, they execute a ceremony in which they stand opposite one other and butt their brows.

More stories from Sahina Bano and writers in Petlife and other communities.