by Helen Stuart 11 days ago in wild animals

how not to relocate a house mouse 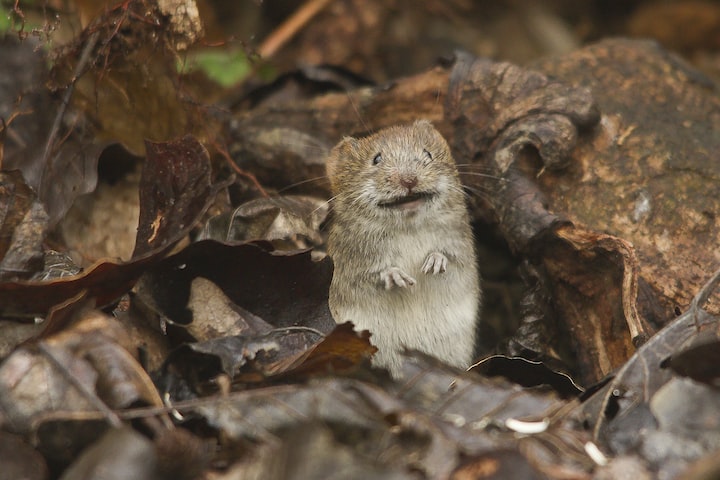 Photo by Giuseppe Martini on Unsplash

You may have read my other story about a mouse. This one is true too. My husband and I were living in Philadelphia, in a row house in a part of Philadelphia called Fishtown. The row house was very old, built in the 1700’s. It also had mice. Mice, I reminded myself, that were descendants of colonial mice. My husband was recovering from back surgery so it was up to me to buy mousetraps or poison or whatever it takes to get rid of mice, so it didn’t get done. I don’t believe in killing things and if you read my other story you know I am responsible for the death of a mouse.

So the mice became quite bold. They seemed to come out more at night, rustling in the walls and even in the room where my husband and I slept on a mattress on the floor for the sake of his back. We even began to worry that they would climb onto us while we were sleeping. We had a wonderful dog with us that we hoped would prevent this, a fluffy white mixed breed that gone through everything named Emily. Emily seemed as worried about the mice as we were. Then one night when the mice seemed particularly loud my husband exclaimed, “that’s it, I’ve had it,” and got up from the mattress and flicked the light on. There was a startled little mouse in the corner. He grabbed a box and stiffly made his way toward the corner to try to capture it under the box, it fled.

“Get it, Emily,” I said to our trusty dog, she chased the mouse back towards my husband with the box, but the mouse was much too fast so I herded it back the other way.

It went like this for a matter of moments until sure enough, the mouse was captive in the box, we were jubilant, and Emily was barking proudly.

“We take it somewhere else and let it go.” My husband said. He put on his slippers and I put on mine, I put Emily’s leash on her and we grabbed the big box with the little mouse in it and headed out in the middle of the night, in our pajamas, on the streets of Philadelphia. It was quite chilly but we didn’t mind. It was a triumphant walk. We turned left here and right there on the streets of fishtown so the mouse would be confused. Emily loved her middle of the night walk, and we kept praising her, it was she that had ultimately herded the mouse into the box.

Finally, after about fifteen minutes, we found where we wanted to let it go. After passing at least a hundred other row houses, this one seemed right. My husband gently turned the box upside down and then tapped on it a couple of times, when he lifted it up, it was empty, and the mouse was gone, into the shadows. We discarded the box with the other garbage on the sidewalk, tomorrow was trash day.

The walk home didn’t take as long. We took the direct walk, as we didn’t have a mouse to confuse. We knew we’d only taken a small bite out of a large problem, but still it was a victory.

Now to get back home and go back to bed.

A light rain began to fall. I knew we wouldn’t get caught in a deluge because we were almost home. I looked at the sidewalk ahead of us at the cold droplets on the sidewalk, there I saw it, running.

“Look,” I said, pointing in disbelief, “where is it going?”

We hurried along behind, Emily once again barking, all focused on the little mouse, making its way purposefully along the streets of Fishtown, and then suddenly it turned. We looked up. It had turned into the alleyway of our house.

It had gone back home

See all posts by Helen Stuart →

Something Complicated
2 months ago