by Liseth Giraldo about a year ago in humanity
Report Story

A reminder to live in the moment 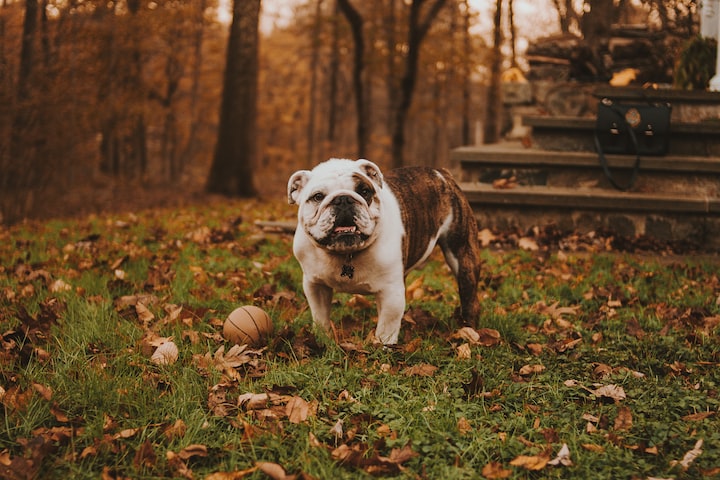 It was 6:30 PM on a typical workday. Sitting at my cubicle, I admired the various notes and printed photos pinned on the fabric-lined walls. As I was finishing up the last of my tasks for the day and getting ready to head home, I received a text.

Checking my phone, I saw the text was from the owners of Raleigh, an English Bulldog I would occasionally dog-sit for while his owners were on vacation. Initially, I assumed they were planning a trip soon and wanted to see if I would be free to watch Raleigh. To my surprise, the text was to deliver sad news. “Hi Liseth, we had to put down Raleigh today. He was very sick and not getting better. It's a sad day for us. We know how much he loved you and wanted to let you know.”

Raleigh was a classic tan and white English Bulldog. He was as loyal as he was playful; the type of companion anyone would be lucky to love. Raleigh was a natural protector. He would sit on the bathmat standing guard as I showered, just in case an intruder suddenly broke in. When he wasn’t on guard, he would snuggle up close for some fur to skin contact while I watched TV. At the end of each night, he would wait at the doorway while I cleaned up and got ready for bed. As soon as he knew it was bedtime, he would claim his spot at the foot of the bed. I was always aware of his presence throughout the night since his short snout lent itself easily to a sweet snoring melody. In the morning he'd offer me nothing but the cold shoulder knowing I was about to leave him for work.

When I received that text from his owners, I couldn’t believe it. My heart sank and I gasped; forgetting my cube mate would hear me and ask what had happened. I looked up from my phone and pinned to my cubicle wall was my favorite photo of Raleigh sleeping on a cozy bed, nestled in the pillows and blankets. I couldn’t stop myself from tearing up as I shared the sad news with my colleague. In that moment, I truly couldn’t believe that I would never see him again. My thoughts lingered on all the times we spent together. Six months earlier, I had watched him for what would end up being the last time.

It has been a gloomy day, and my emotions matched. I was upset, anxious, and lonely. Regardless of the effort I put in, it just didn’t feel like online dating was working for me. Unrequited love was accumulating and at an all-time high. I found it annoying that these thoughts kept flooding my mind; easily multiplying into more sadness and surrounding me with negativity.

Despite my emotions, I was well aware that I was lucky to be at a beautiful home along a hiking trail in the New Jersey highlands, hanging with Raleigh for the weekend. We were in his owner’s London-themed attic turned home theater/gym. Raleigh laid on the yoga mat nearby as I exercised on the stationary bike. After 30 mins of breaking a sweat, it was time for us to go downstairs to have a well-deserved snack and what I thought would be a relaxing evening in the kitchen.

When we got downstairs to the kitchen, Raleigh made a beeline to the sliding glass door that led to the back deck, overlooking the tree lined backyard. He stood there excitedly shaking his stubby tail staring at his favorite toy; an indestructible purple ball the size of a kickball. As he motioned to go outside, I realized his ball was lodged in the right hand corner of the deck, in a shallow hole Raleigh had clearly dug. To him it was obvious that this was what we had come downstairs for; we must be going outside! However, it had been raining all day and according to my weather app, it wasn’t letting up anytime soon. As the sun was setting, I could clearly see how desperately he wanted to be outside and I couldn't bring myself to say no to him. "You know what, who cares? Let’s go," I muttered as I opened the sliding glass door.

Raleigh was out the door, through the puddles on the deck, into the grassy mud, and pawing at his ball in 1 second flat. Since his ball was lodged in the corner, he was doing everything in his power to get it: slobbering, biting, and scratching. Nothing worked. I tried to help him out, but he was very possessive of his favorite toy. Suddenly he was sure that we were playing a game, and I was playing along trying to get the ball for him. With the rain hitting my face I pulled and pulled. My sneakers were getting muddy and squeaky, while the slobber and rain just made the ball even more slippery.

Once the ball came free and I got a hold of it, I ran around while Raleigh chased me. I ran uphill in order for the ball to roll back down, making it more challenging for him to get a hold of it. We did this time and time again until he needed a break to catch his breath. It was then that I realized Raleigh was fully living in the moment; rolling around in the muddy grass, unaffected by the elements or how deeply he missed his owners. He also definitely wasn’t thinking about feeling lonely after his failed attempts at online dating. Oh wait, that was me. The more I played with him, the less I thought about my insecurities and anxieties. There was nothing to worry about in that moment, other than when it was my time to get the ball and throw it down the hill. As we continued to play and my emotional state improved, the rain began to feel refreshing.

While I was catching my breath, I realized it was the perfect opportunity to share what we were up to with his owners. I recorded a quick video of Raleigh and his ball, and hit send. Right away I received a message back. “Oh my! Raleigh is truly being spoiled by you!” I felt so good knowing that I was showing up for Raleigh and making sure he was having a fun time even though his favorite people weren’t around for a few days. It wasn’t just about what I was able to do for Raleigh that weekend. Raleigh helped me remember that I have the ability to live in the present, and I was able to have fun with the sweetest dog out there too.

After I received the sad news about Raleigh, I reminisced about all of the time we spent together, with that day at the forefront of my memories. Looking back, I am glad I spoiled him when he was healthy and full of energy even though I didn’t realize it would be my last visit with him. On days when I feel stuck dwelling on things that make me feel anxious or insecure, I try to remember that day in the rain with Raleigh. He reminds me to take advantage of what is in front of me and live in the moment regardless of how I'm feeling; that even on those gloomy days, we all deserve to have muddy fun in the rain.

More stories from Liseth Giraldo and writers in Petlife and other communities.