44 Fun Dog Facts That May Just Surprise You

by Stacy Crutchfield 13 days ago in dog

Dogs are amazing. Here's a list of cool dog facts that prove it.

Who's your best friend? Your dog, of course. We love our dogs; they are part of our family. You may be the only human on the planet that knows intimate things about your dog. But here are a few fun dog facts you may not know about your dog and her canine friends.

1. Have you ever seen a dog smile? Kim Brophey, a certified canine behavior consultant at Dog Door Behavior Center and TEDx speaker, says, "What we view as 'smiling' can serve to mediate conflicts, communicate deference and facilitate bonding."

2. Dogs naturally face the North-South magnetic axis when they poop.

7. Service dogs know when they are off duty and go to the bathroom on command.

8. The only dog breed with six toes is the Norwegian Lundehund. 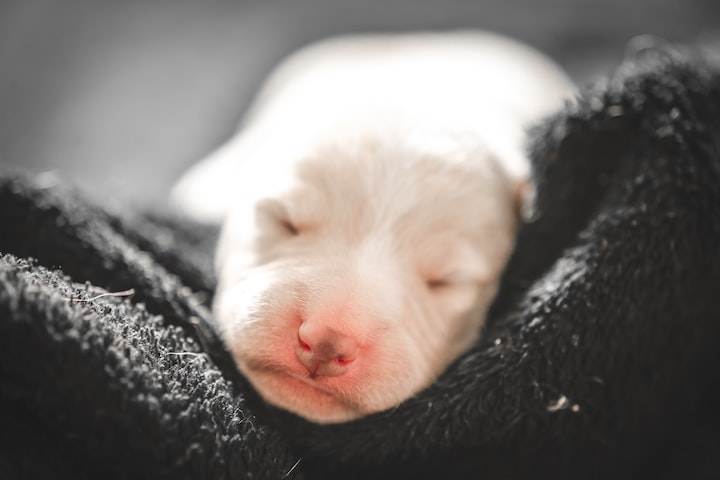 By sergio souza on Unsplash

9. Puppies are masters at naps! They sleep 18 to 20 hours a day; all that rapid growth will do that to you.

10. Zeus, a Great Dane, is the tallest dog in the world. Zeus comes in at a whopping 44 inches tall! On October 4, 2011, the Guinness World Records made it official.

11. Have you ever heard that dogs are color blind? That's not true. Dogs have receptors to see blue, yellow, and shades of other colors. They lack receptors for the color red. The AKC has a great article called "Are dogs Color Blind? Side-by-Side Views."

12. On average, dogs live 10 - 14 years; this is why it is so essential to make a life ling commitment when getting a puppy.

13. "Lady and the Tramp" was inspired by Walt Disney's family dog, Sunnee.

14. Spayed or Neutered dogs may live longer than those dogs who have not been "fixed." Scientists at the University of Georgia say, "The average age of death for dogs that had not been fixed was 7.9 years, they found, whereas those that had been spayed or neutered lived to 9.4 years."

15. To protect vital organs and to keep warm dogs curl up in a ball.

16. When you show your affection toward another pet or human, your dog can get jealous.

18. After reading the fact above, you may wonder how do puppies find their moms? Their nose has heat sensors in it, which helps them find their mom by the warmth of her body.

19. The unspayed fact is one unspayed female and male dog can produce 67,000 births in just six years. 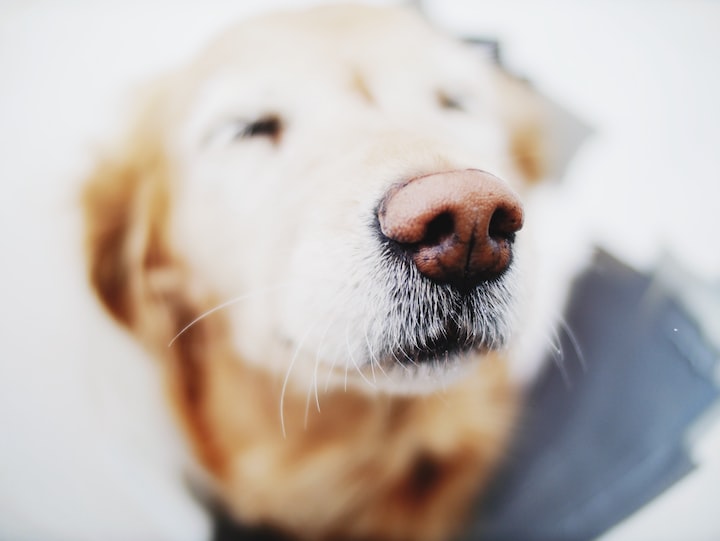 By Patrick Tomasso on Unsplash

22. Poor toenail grooming can cause many foot disorders for your dog — no long toenails.

24. A dogs' wet nose helps them smell. Canine Journal says, "The primary reason dogs' noses are wet is because dogs secrete a mucous that aids their sense of smell."

25. Dogs only sweat through their nose and paws, which helps them cool down.

26. Have you ever listened to "Sergeant Pepper" by the Beatles? You can't hear every single sound, but your dog can. They added sounds to the track that only dogs could hear.

27. Ever see a dog "helicopter" wag her tail? Helicopter tail wagging is one way to determine if a dog is friendly.

29. West Highland White Terrier and Fox Terrier are the most excessive barking breeds.

31. No two dogs' nose prints are the same, just like human fingerprints — that's one of the neatest fun dog facts.

32. Dogs can learn up to 200 words. According to Dr. Stanley Coren, an expert in canine intelligence, the average dog can understand about 165 words, possibly more with training. Consistency is key, says Coren.

33. Have you ever heard a dog yodel? The Basenji dog breed doesn't bark they YODEL!

34. Dogs can smell cancer in humans.

35. The oldest dog breed is the Saluki. The Saluki dog breed dates back to 329BC. Royals in Ancient Egypt kept them as pets, and they would mummify after death.

36. Have you ever noticed dogs have three eyelids? The third eyelid called the nictitating membrane, or haw cleans debris off the eye. 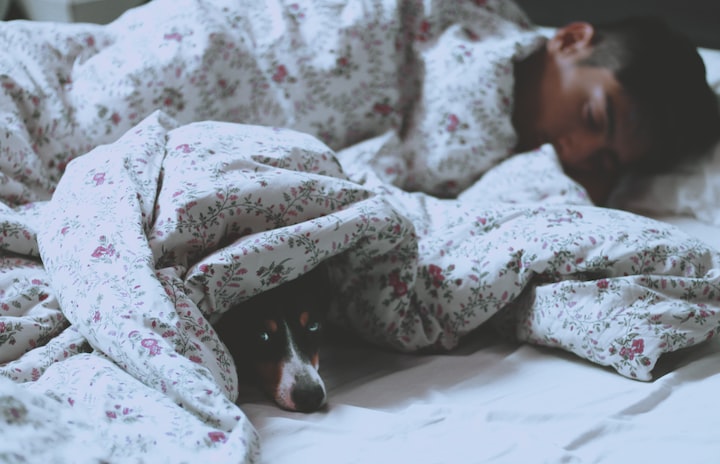 By Claudia Mañas on Unsplash

37. Does your dog sleep in your bed? You are part of the 45% of dog owners who allow their dog in bed with them.

39. Have you ever heard of the Dandie Dinmont Terrier? The only dog breed named after a fictional character. Dandie Dinmont is a character in the novel Guy Mannering by Sir Walter Scott.

40. The US has over 75 million pet dogs. More than any other country.

42. Have you ever seen a dog kick backward after they go to the bathroom? They are not trying to cover anything up but rather mark their territory using the scent gland in their feet. As far as fun dog facts go, this is a neat one.

43. Dogs have a sense of time; they use cues like the cycle of dark and light called the circadian rhythm.

44. Dogs are one of a small number of animals who show voluntary, unselfish kindness without benefit. Another reason dogs are loved by so many.

Who knows, maybe now you can win a game of dog trivia.