Why Do We Still Romanticize Surprise Proposals?

We can learn a lot about relationships from the Obamas 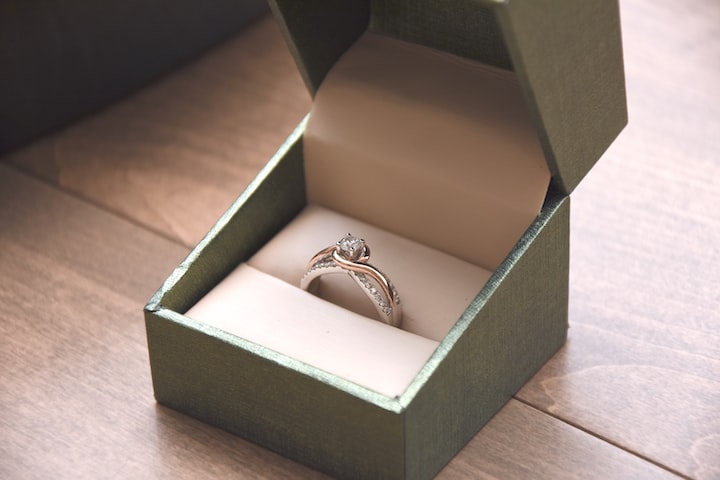 Photo by Jackie Tsang on Unsplash

Every sitcom has that episode where the girlfriend wonders if her boyfriend is going to propose. And in parallel, the boyfriend is asking his friends whether she’s going to say yes. And then there’s a season finale where he gets down on one knee and she tears up and he puts a ring on her finger.

Now, I’m a die-hard romantic. I always enjoy these scenes, and I do tear up at some of them. I like cute gestures.

But why do we romanticize such poorly planned decisions?

My Problem with Proposals

Firstly, I’ve always wondered about the sudden and surprising nature of proposals. If neither party knows for sure whether the other is ready for this step — shouldn’t they be talking to each other about it?

Secondly, why do we still expect men to propose and women to have the final say?

This is a big step in both their lives. Arguably the biggest ever. It should be well thought out and discussed. There will always be pros and cons to this decision and both sides need to be aware of them and have a plan.

These discussions should ideally happen before the proposal, not after.

Married life is about acting as a team and making decisions together. The proposal is a reflection of how you will operate together after you do make it official.

When I read Michelle Obama’s Becoming, I fell in love with the story of their proposal. Being a couple of lawyers, they debated long and hard about marriage and what it meant and whether it was necessary. Here’s one of my favourite lines from the book:

We’d had the hypothetical marriage discussion plenty of times already, and nothing much ever changed. I was a traditionalist and Barack was not. It seemed clear that neither one of us could be swayed. But still, this didn’t stop us — two lawyers, after all — from taking up the topic with hot gusto.

When the proposal finally did happen, it was a rite of passage, a gesture to make it official. But they already knew they wanted to spend the rest of their lives together, way before the proposal happened.

When I said yes, it seemed that every person in the whole restaurant started to clap. For a full minute or two, I stared dumbfounded at the ring on my finger. I looked at Barack to confirm that this was all real. He was smiling. He’d completely surprised me. In a way, we’d both won. “Well,” he said lightly, “that should shut you up.”

Like I said, I’m a romantic. But romance and practicality don’t have to be mutually exclusive.

My Personal Experience with This

My partner and I discussed marriage for years. Even before either of us was ready for it. We discussed where we would live, what our daily routine would be, when we would get our parents involved, whether we wanted kids, what potential problems we’d have.

And when we finally decided that we were ready, we decided it together. Neither of us was interested in grand gestures or rings or anything like that. We made our own traditions. We started looking for potential apartments and neighborhoods to live in. We created a spreadsheet to track our finances together. And honestly, that was one of the happiest moments of my life.

Some people wanted a traditional story from us. My partner was asked questions like “How did you propose?” And when we said there was no proposal, we decided it together, we received slightly judge-y looks from them.

“What did you gift her for your engagement?”

“Nothing, really. She didn’t get me anything either, we decided not to buy expensive stuff.”

“Well of course she doesn’t have to! It’s your job to buy her something!”

I was watching this entire conversation with an incredulous look on my face. And I couldn’t stop thinking — Did we just get shamed for being equals?

I feel like the world could do with a change in perspective.

Let’s start romanticizing strong couples that act as a team.

Let’s start romanticizing the kind of story that the Obamas have.

Let’s change the season finales we see in the future.

More stories from Aditi Balaji and writers in Marriage and other communities.