by Valeria Woods 9 months ago in food and drinks 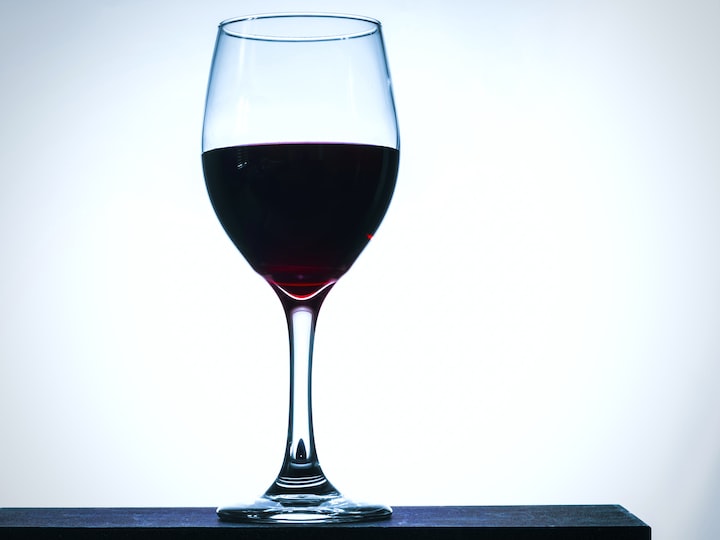 Photo by Andrew Ren on Unsplash

Have you ever wanted a first date to work out so bad you were willing to try anything to make it work? When you wanted that perfect first date to go perfectly? There was one point in my life that I did and that is the story I am about to share with you.

I was a single mom, recently divorced and in college when I started attending a new church. It had a rather large group of about seventy five young, adult singles. I had started noticing this young man named Jake who seemed to pop up out of nowhere to sit beside me during sing a longs, devotions, and potluck dinners. We started getting to know each other gradually. Every time he would see my daughter he would offer her mints and a joke. She was getting to know him and had started seeking him out for those tasty treats.

We ended up in a car together for a scavenger hunt that included driving around the city of Memphis to look for particular places to take photographs. We took pictures of the pyramid, the Peabody ducks, the Mississippi River, and of course we collected items such as diapers and gloves to give to the women’s shelter. It was a truly a get to know you activity. The winners would each receive a free dinner on Beale Street! I was so excited when we won! Well we ended up going out together with the other couple who had been in the car with us on the scavenger hunt. It was really nice and we all had a great time. It was that couples date that led to our official first date.

After that we started spending time together as a foursome. Then Jake asked me out for our first official date. I was so excited as we were going to try out a new Italian restaurant on Beal Street! I dressed up in a beautiful, little black dress and he wore a casual suit without a tie. We entered the cozy, dark restaurant named Merlot to the sound of a violin playing. It was so romantic and promising!

We chose a corner booth to sit in and sat down to order. The beautiful, young waitress came over with a bottle of sparkling dark purple almost black merlot and asked us if we wanted a sample. We agreed and she poured the enticing blend of sweet, fruity wine into wine glasses. Well, I really didn’t know a lot about wine at the time, but I did know that you were supposed to smell it and then sample it. I held it to my nose like an expert and sniffed. It had a fruity fragrance and smelled heavenly. So I took a sip. It was divine. I loved it and immediately wanted more! However, Jake having done the same wasn’t pleased and told the waitress that he really preferred a Merlot from a colder region, perhaps from France, with more of red-brick color, and asked to have something else brought to the table. I felt he was being perhaps a little too picky.

When the young lady returned with a version of Merlot more suitable to Jake’s liking, we tried that. It too was amazing with a tart fruity taste, and I agreed that we should have this instead. I was impressed with his wine knowledge. I truly wanted this date to work out.

The beautiful, young waitress asked if we would like more time to look over the menu and left. As we looked over the menu the violinist, a portly old man came over and started playing softly. It was a nice romantic tune. I gazed lovingly into Jake’s eyes as he asked me what I would like for dinner. I told him whatever you’re having. I complimented him on his good taste in wine, and how I admired how good he was with children. We chatted merrily about work, college, and church.

Then finally the waitress came back to the table. “Are you ready to order?” she asked. I gracefully inclined my head towards Jake and he preceded to order. “We would like the house pizza with everything on it!” he confidently replied. Then the beautiful, young waitress asked a very innocent question. “Will that be thin or thick crust,” Simultaneously we replied each giving our own preference. I said thick and he said thin!

It was then that Jake turned to the young, beautiful waitress and stoically said, “Well, I guess that’s that then!” Slamming his fist on the table he emphasized, “It’s over!” Just like car brakes screeching to a halt, the violinist stopped playing. Glasses hit the table and people looked over at us wondering what was going on, and the poor, beautiful, young waitress burst into tears!

Well little did I know that the door of our relationship hinged on my very response to his outburst. Would the door swing closed like it had on the merlot wine from warm climates named after the black crows who liked to pick off the black grapes one by one from the vines? Or would it swing open like the tart wine from the grapes grown in cooler climates? The merlot that Jake preferred. Time seem to suspend like the merlot grapes hanging on the wine waiting to ripen and fall into your hands. All eyes in the restaurant were pivoted intently on me waiting for my reaction. I looked down at my red-brick sparkling merlot, took a sip, and then turning to Jake I burst into laughter! You see I knew his personality and he was a bit of a comedian at times.

Turning to the waitress Jake winked and said, “We shall have thick!” I sighed with relief as the waitress stormed off, and the violinist picked up where he had left off! A chuckle or two could be heard throughout the restaurant as the patrons cheerfully went back to dining. It was a comical beginning of a long, great romance!

Now that our relationship has seasoned like a good merlot, we return to that memory of long ago and tell it to our children. Then we get out a special bottle of Merlot grown in the cooler regions of France and give a toast to comical beginnings!

Valeria Woods is an ESOL teacher. She loves writing and swiming. Books: Olives for Breakfast a Book for Prospective foster/adoptive parents.

Receive stories by Valeria Woods in your feed
Valeria Woods
Read next: How Have the Wedding Dresses Changed Since the Beginning of the 20th Century?