The maintenance of the marriage relationship

Construction of the family 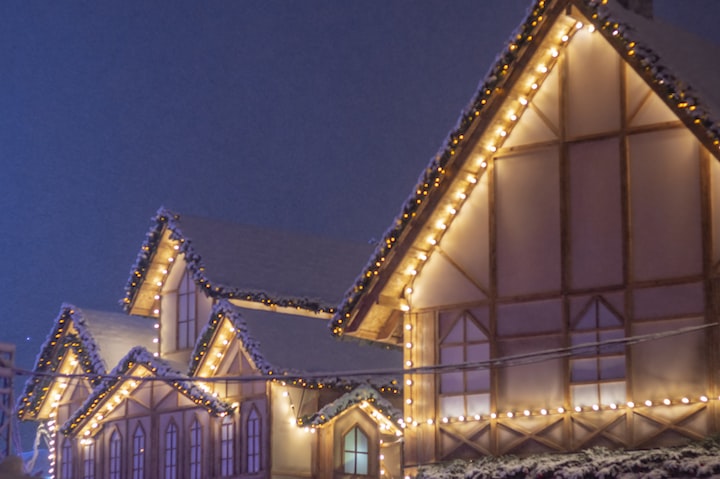 "A slap on the wrist does not ring", this saying also applies in marriage, the home is two people, and the couple's life is like participating in a two-person three-legged race, two people must work together to give, and support each other, to go to the end.

The maintenance of marital relations and family building need to rely on the joint efforts of two people, if only one party in the marriage is constantly giving, the other party indifferent attitude, does not participate, does not respond, is not responsible, then, in the long run, the feelings will appear cracks.

When the long-term disappointment gradually accumulates, one of the two parties will lose enthusiasm for the marriage, and then the couple will inevitably go their separate ways.

Xiaoping a company accountant, was introduced to the sea, she felt that the sea can get along well with the two in love, and the family is pressing, so it did not take long to get married.

Xiaoping is a very responsible wife, married to the sea, she cleaned up the house in order, every day before the sea out to help him tie a good tie, home to take good slippers, but also cooked a good meal.

But Xiaoping is very dissatisfied with the point that the sea is too lazy, the sea every day after work home, either sitting in front of the computer to play games or legs on the coffee table to brush the phone, never paying attention to Ataxia's feelings.

When Xiaoping calls him when she is ready to eat, he will move a little, and the sea never does housework, and the communication between the two is even less pathetic.

Once, Xiaoping was mopping the floor and asked the sea to move her legs, but the sea was busy playing games and ignored her. You do not know how to give a hand!"

Dalai was not shy: "I'm so tired from working outside, so what's wrong with coming back for comfort? Besides, isn't it your job to do the housework?"

Xiaoping was so angry that she threw the mop, and Dalai didn't coax her until she finished the game: "Oh, I didn't mean to do it, it's not that I didn't have time to pay attention."

Hearing the sea say so, Xiaoping also can not be angry again, said "next time do not do this again" and then let it go.

But Xiaoping didn't expect that the sea would become even more aggressive from then on, making her feel that her marriage was a failure.

Xian Xiaoping was pregnant, and her pregnancy reaction was so strong that when she was throwing up in the toilet, Chihuahua was still busy playing games and didn't even pour a glass of water for Xian Xian.

Although Xiaoping was pregnant, she still did all the household chores, and all the clothes that needed to be washed by hand were washed by Xiaoping standing up with her belly padded in the laundry tub.

Later, when the child was born, it was Ataxia's mother who served her during the month, and the sea was too loud for the child, affecting his rest, so she moved to the guest room, and never took care of the child at night.

During that time, Xiaoping hardly slept a good sleep, she was wearing clothes to squint for a while, as long as the child has a movement she rushed to see the child.

When the child is a little older, Ataxia's life is all occupied by housework and children, doing housework, but also scared to think about the child, afraid of any accident.

And the sea is still the same, even a diaper has not been changed for the child.

All kinds of events have chilled Ataxia's heart, she felt like she was shaving her head, the family seems to be only herself, Xiaoping is about to collapse, and even she also appeared signs of postpartum depression, after holding back for a long time, she finally said to the sea: "Let's divorce."

After hearing this, Dalai felt very confused and asked, "Why?"

Xiaoping replied, "Because you never pay attention to my contribution, I am not your mother, these days, even if you hire a nanny, you still have to receive a few thousand dollars a month's salary."

After hearing this, Dalai said angrily, "Just because of this household matter? Why are you so pretentious?"

Xiaoping felt that no matter how much she explained the sea would not understand, and said helplessly, "Stop, I've had enough of you, let's divorce."

Later, the two divorced, because the sea is better off, so the children were awarded to the sea.

But the sea's life is not easy, a big man with a child, almost nothing, and working during the day, he had to find a nanny to look after during the day, and at night to see for themselves.

Every weekend, Xiaoping will come to visit the children, she made meals for the children, and on the way, will also clean up the house. At this time, Dalai especially regret, he often thought: if not divorced, how good it would be?

The more Dalai thought about it, the more regretful he intended to find the Xiaoping compound, so he took the children to Ataxia's workplace.

Seeing Xiaoping come out, Dalai hurriedly led the child to meet her and said, "Xiaoping, the child misses you."

Xiaoping touched the child's head, the sea then said: "Xiaoping, let's remarry, you used to say that I do not value your contribution, then I will give you 3,000 per month to bring up the child fee, you also do not go to work, or home to take care of the two of us."

Xiaoping felt that the sea is an unreasonable, angry dislike: "No need, once I want you to care about me so much, you ignore me, now you say this has no meaning. If I had known, why did I start? I like my job very much now, and I have remarried and am happy now."

Xiaoping left after she finished speaking, leaving the sea frozen at the door.

When Dalai learned the news of Ataxia's remarriage, he felt more remorse in his heart, and returned home with his children, muddling through the day and making many mistakes at work.

Later, the sea went to Xiaoping several times, begging Xiaoping to remarry him for the sake of the children, but Ataxia's attitude was very firm, she refused the sea's unreasonable request, and the sea saw no way to win Xiaoping back, so they had to give up.

Only one side of the effort of the marriage or relationship is unhealthy, difficult to maintain, indifferent attitude and ignorance of the other party to pay is the sharpest weapon to destroy the relationship.

The giving party will feel tired of giving too much, will feel that they have no return and are slowly disappointed, and will gradually lose motivation for the marriage.

In fact, not only in marriage but in any relationship, there is no giving that can be taken for granted.

All, we must always be grateful, but also self-giving.

Otherwise, when the feelings pass, they will be difficult to catch again.

More stories from Gu Wei Di Qi and writers in Marriage and other communities.