My Favorite Appointment as a Bridal Consultant

There are those moments that stick with you forever, and this one is incredibly meaningful to me 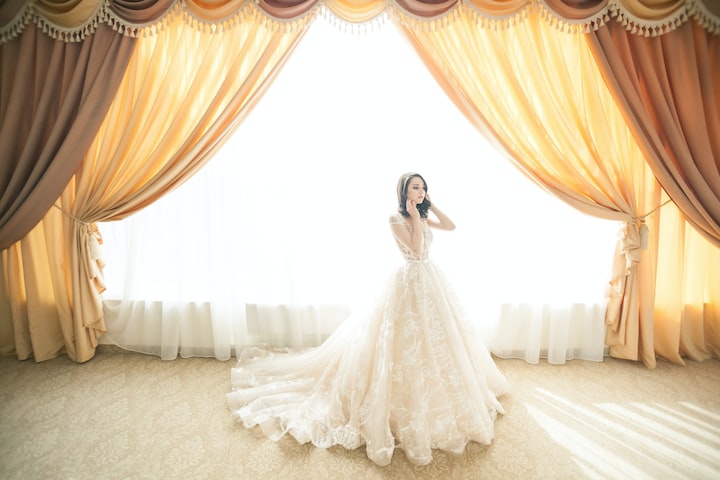 Photo by photo-nic.co.uk nic on Unsplash

Before having kids and moving to the middle of nowhere, I was a Bridal Consultant just like on that one show. I worked for much smaller companies, but most of the time my job was just like that show (you know the show). I had appointments that would fly off the handles, everyone yelling and screaming, brides crying in the changing room, it was insane. Twice I had a party member threaten to beat me up just because I was trying to close a sale.

I look back at those moments and laugh. I was never a go-getter kind of sales person, but I also wasn't a push over. It was why I enjoyed the closing shift at the store I worked at. The people who came in were generally done with work for the day and weren't planning on finding a wedding dress on a Tuesday night after eating a full meal. I love when someone was serious about finding the dress, and then shocked it happened in that moment.

My favorite appointment was one of those. It was a weekday night and we were about an hour away from closing. We had one appointment booked and they were running late as it was so I decided to start cleaning the store. When they did finally arrive, there was not a smile among them. Our Bride was accompanied by her mother and sister.

I took one look at this family and couldn't figure them out. I'm a fairly intuitive person and can usually guess before I started talking to a bride what she was looking for. This family was a mystery, and a somber mystery at that. Once they were finally registered and ready for the appointment to begin, I walked them around the store and tried to get them talking. No one really wanted to talk about the wedding, the dress, the colors, we just kind of went through the motions.

Mom and sister were very supportive, but not enthusiastic. They told her she looked lovely, but our bride wasn't really happy in any of those dresses. While she and I were in the fitting room, I learned a little more about her and her romance with her fiancé. They were church going people with a love of medieval fantasy. As I usually did in my appointments, I asked if it was ok to bring over a dress that I think she'd like. It was a little more ornate that she was describing and had a cap sleeve option that we could add, or she could wear it strapless. Our bride was open to try it, so I rushed to pull the gown and bring it back.

When I opened the dressing room door so that her mother and her sister could see the dress first, their jaws dropped to the floor and the tears began to fall. When our bride was finally in front of a mirror to see her own dress, she collapsed to the floor in tears. My first thought was I offended this kind church going family with an ivory, beaded, strapless dress (and it wouldn't have been the first time I had done that).

While the two sisters enjoyed the dress for a moment, mom pulled me aside and showed me a picture on her phone. It was a black and white wedding photo with a dress that was eerily similar to what I had pulled out. Mom explained that this was her mother on her wedding day, and that she had passed away just a few days ago. Grandma was supposed to be at this appointment with them, and her presence was very missed today.

After that moment, the appointment took a very different turn. We all celebrated, we laughed, but also we were all crying through the joy we were feeling. She was able to walk out the door with her wedding dress and all the accessories needed. A few months later she sent us a picture of her and her fiancé during their wedding and she looked just like a fantasy princess.

I have taken this appointment with me to every event in life where someone looked sad and I thought I was doing something wrong, or there was nothing I could do to fix the situation. People all over the world right now are experiencing joy, and sadness, and you didn't cause any of it. People are going through something outside of their interaction with you today.

You can't control bad things from happening, but you might unexpectedly fix it. Remember not to judge anyone before you know the whole story, and always treat everyone you encounter with kindness and love.

More stories from Terra Thorne and writers in Marriage and other communities.