Tips For Your First Escape Room

From an escape room enthusiast 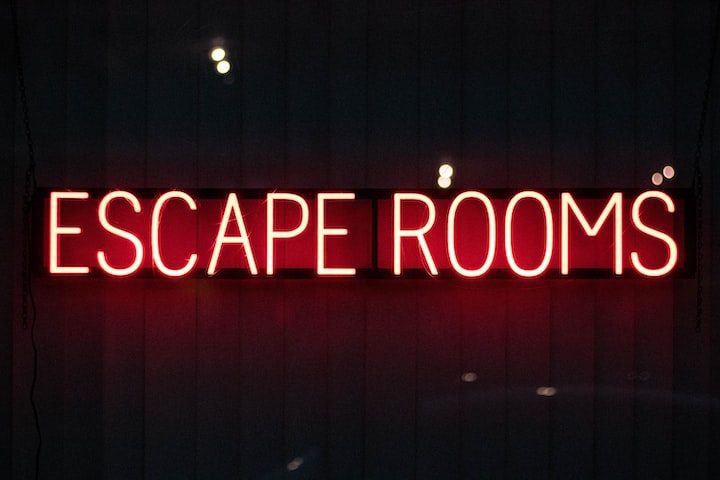 Photo by Zachary Keimig on Unsplash

With lockdown rules being fully lifted in several places, we're all eager to go outside and let our cooped-up energy out. A fantastic way to do this is by grabbing some friends and testing your minds while building your intellectual confidence in an escape room! The idea of being locked in a room for 60-90 minutes can be scary, so I’ve compiled my top tips for your first-ever escape room.

1. Don't waste time on one clue. Most escape rooms have 2-3 different puzzles that can be worked on and solved at the same time. Pick a clue or a puzzle and spend some time solving it. However, if the chosen clue or puzzle takes more than a few minutes to figure out, move on. Let your brain get a rest from staring at the same thing and try another clue. It’s best to move from clue to clue until one activates the lightbulb in your head.

2. Split up. This tip goes along with the first one. If the group splits up to work on several puzzles instead of every member stuck on the same one, you'll get things done quicker. Group members should also rotate between the different puzzles to get fresh perspectives on difficult tasks.

3. Share what you're thinking (even when you're not confident). You might miss a clue that your other group members pick up on. Your group members aren't going to see and interpret details the way you do. If you see something, speak up, and don’t feel bad if your idea isn't the right answer. There have been plenty of times when someone in my group brings up an idea that isn’t the proper answer, but in doing so they are able to trigger ideas from other members that do lead to the puzzle’s solution.

4. Every detail matters. Do you see a lone number on the wall? Call it out to the group and remember it for later. Do you see a groove in the dust where something is missing? Announce it to the room. Let everybody know of the little details you find around the room because they will be useful- always.

5. Pick a theme you'll enjoy. One of my absolute favorite things about escape rooms is the variety. It's easy to find rooms for nearly any theme, so remember to pick a theme you'll enjoy. If you don't like horror, you will not enjoy a horror escape room. I, personally, am terrified of the ocean and underground spaces. When my group suggested a submarine room, I had to speak up and ask for a new idea. Make sure everyone in your group is comfortable with the room and they'll have a great time.

6. Do some research (if applicable) before the room. Before doing the Saw escape room in Las Vegas, my group watched one Saw movie every week as "study sessions.” We all learned the same thing from those 10 movies: listen to what Jigsaw says. Every word. He is not speaking in riddles, he is not making you guess, he tells you exactly what you need to do. That information was useful in the escape room. If anything ever seemed to have a deeper meaning- it didn't. Jigsaw wants his game players to prove themselves, he wants them to play the game, and is very clear and direct in his rules. Of course, not all escape rooms are based on movies or books, but it never hurts to do extra research if you can.

7. Bring the items with you. Some escape rooms are a single room full of mysteries while others involve finding a secret door, unlocking it, and moving into another room. If you have any extra clues lying around, bring them with you into the next room to save time from having to move back and forth. I know it may sound silly that this would save time, but when you're crawling through tunnels to escape a serial killer's basement, it's better to bring the puzzle pieces with you than it is to spend 5 minutes crawling back and forth through the tunnels.

8. Don’t worry about the timer. It’s fun to solve a room in time. Solving a room builds confidence in your teammates and confidence in yourself. But, the timer isn’t meant to cause anybody any anxiety or stop anyone from having fun. Don’t worry about the time. Don’t spend the entire room staring at the clock and dreading when it’s over and you “lose.” Enjoy the puzzles, the atmosphere, and the time with your friends. You won’t regret it. I promise!

List of rooms my group has solved so far:

I love adventure. I love trying new things. I love telling stories. And I love writing my stories to share with others, so I do.

More stories from Samantha Alis and writers in Lifehack and other communities.