Surviving the past year with the help of my targeted ads 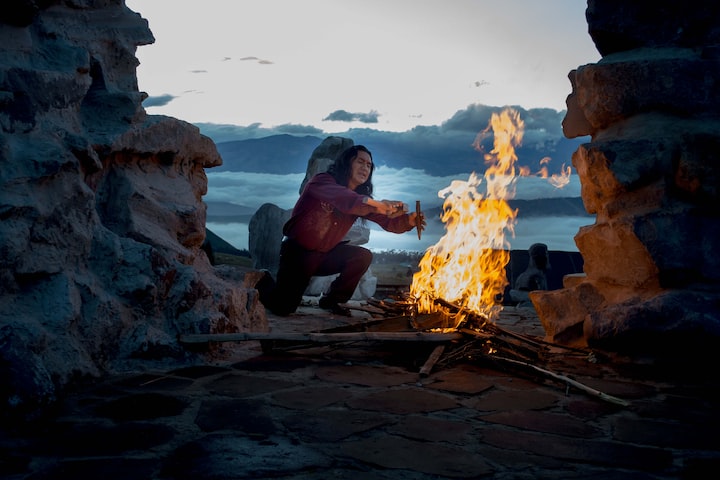 Let's be honest, this pandemic has placed most of the world in complete survival mode. From the very beginning, we saw people rushing to buy up as many essential products as they could get their hands on (namely, toilet paper) and now people are either rushing to receive the vaccine or being very wary of it. All of this is the result of our survival instincts kicking in because COVID has thrusted us into largely uncharted territory. Most people alive today have never lived through a pandemic at this level and so it has caused some pretty interesting responses.

I'll admit, it hasn't been as apocalyptic as I initially thought it would be, but that still hasn't kept me from naturally adopting certain survival habits. And with a year's worth of experience surviving through Ms. Rona, I think I've developed a pretty effective, albeit unconventional survival kit with the help of some targeted ads on my phone and computer (shout out to the FBI agent that monitors me through my devices).

After doing a quick Google search, I found out that every proper survival kit needs a few essential items and after looking at my 2020/2021 purchases, it is safe to say that I can check all of these items off my list. And chances are, you probably can too.

For any survival kit, food is the most obvious thing to include. No one wants to be stranded in the wilderness or fighting off zombies on an empty stomach. This past year though, the motivation to do simple things like wear actual clothes for my Zoom meetings was severely lacking, let alone the motivation to cook. Thankfully, my Facebook and Twitter ads had me covered. Enter, DoorDash.

Food delivery apps have become commonplace in many households. From Uber Eats to GrubHub to GoPuff, the options for food delivery is pretty endless. And for me, I spent way more than I would like to admit on ordering food when my stove began to look like my elementary school bully. Of course the convenience of having someone bring me my food came at a price, easily taking my $20 food orders to well over $35 when the taxes, delivery fees, and tip were all added up. That's why after some time, I allowed myself to be convinced once again by my targeted ads to buy a Dash Pass subscription for $9.99 a month. That meant that I could avoid the delivery fees and according to my DoorDash account, I saved $50 on average every month by using Dash Pass. So yay for the small victories, I guess.

A signal flare is like a gun that shoots red sparks in the air to signal to planes when someone is stranded, so of course that's a pretty useful tool to have in a survival kit. Not so useful to carry around in casual situations however. That is, unless your flare gun comes in the form of noise blocking devices known as earbuds or headphones.

How exactly do earbuds act as signal flares? When someone has in earbuds, most people know this as the universal signal not to speak to them. And in those rare moments now when we actually go out in public, many people need a social crutch to keep them from becoming overwhelmed with the sudden overstimulation (me, I'm many people).

I'm not one to spend an excessive amount of money on material objects for myself, especially those that I'll most likely end up losing within a few weeks, but when I saw people on Instagram using their air pods, I became intrigued by these wireless earbuds that everyone seemed to have. Being that I don't have an Iphone, however, I looked for alternatives and landed on the Raycon Work Earbuds that set me back $150 (yeah, it hurt).

Being that I hate the idea of having to charge my headphones to use them, I've mostly just used my backup wired earbuds recently, meaning that the $150 was essentially for nothing. Lesson learned.

What separates humans from other animals? Our ability to reason and fire has become the ultimate symbol of this unique human ability (don't believe me? Ask King Louie from The Jungle Book). But fire is not just a physical thing. There's a reason that our passion is often referred to as the fire inside of us. It shows that as humans, our lives extend far beyond just staying alive. And for those who are creatives (like I'm sure most of you on Vocal are), that means that our fire starters come in the form of anything that fuels our passion.

For me, I rediscovered my passion for writing when I came across a Facebook ad for Vocal, advertising that I could make up to $500 a week on the site. I have yet to do so, but the platform has made me more consistent with my writing and helped me to remember why I fell in love with it in the first place. And for a fee of $9.99 a month, I've gotten the chance to enter into exclusive challenges, and earn a few cents more per read than those who are on the free plan. And considering that I've earned a total of over $1,050 on here in the past five months, I believe that $9.99 a month is a small price to pay.

As a chronic insomniac, I recently invested in a melatonin diffuser pen, which I didn't even know existed until it popped up on a Facebook ad (it was as if my phone was saying to me "your insomnia has affected me in the following ways...").

For a three pack of melatonin pens, I spent a whopping $47.63, which included the $40 subtotal, $4 for shipping, and $3.63 for taxes. Was it worth it? For multiple nights of restful sleep that my body has deprived me of for quite some time, definitely. And it definitely beats having a nicotine addiction.

An easy fix to mental health issues, or rather, an easy distraction from mental health issues that I've found is movies and TV shows. So when I finished college and had to move back in with my parents, streaming platforms became my best friend and my own first aid against my growing depression.

Since the start of the pandemic, I've had to give up a lot of things in order to save money. One of them being various streaming platforms. HBO Max and Disney+ ended up being the ones on the chopping block for me (the latter being the hardest to part with). But when YouTube started placing ads for the movie One Night in Miami, that was exclusive to Amazon Prime, before nearly every video I watched (and sometimes in the middle), I had to take my $8.99 to re-up my subscription.

In order to get my full money's worth, I spent the entire month (the month of February and part of March), watching as many movies as I could on the platform. A number of Bollywood films, Beautiful Boy starring Timothee Chalamet and Steve Carrell, and recently Coming 2 America have graced my watch list. And these watches were worth the $9 plus tax.

If this pandemic has been kicking your ass, you're not alone. The best thing to do is to find those little things that make it all a little bit easier and add them to your own survival kit. And if you're not sure what that could be, then maybe give into those little nudges from the targeted ads on your social media. Sometimes, they just happen to know what they're talking about.

If you enjoyed this, feel free to leave a like and/or tip and check out some of my other stories. Also, follow me on Instagram @c.r.hughes

list
C.R. Hughes
Read next: 10 Remarkable Facts Of The 18th Century That Will Surprise You
C.R. Hughes