by Riley Raul Reese about a year ago in product review

One stressed-out couple decides to use Shed to declutter their lives. This is their story.

DJing is a shockingly gear-heavy occupation. You have to tote around CDJs, mixers, CD portfolios (if you&rsquo;re old school), vinyl portfolios (if you do old school scratching), and more wires than a typical electrical breaker can handle. My husband&rsquo;s mixing equipment has become a staple in our home&rsquo;s living room, and pretty much lives where our open bar was supposed to be.

Of course, mixing equipment isn&rsquo;t the only gear that we have to deal with. There&rsquo;s also lighting equipment that seems to magically find its way into our home. Lately, it has been taking up more and more room in our apartment. I was already starting to feel cramped out by my husband&rsquo;s lighting equipment.

It all came to a head when I opened the closet door, and his disco ball fell on my head.

Thankfully, the ball itself didn&rsquo;t shatter, because if it did, I&rsquo;m pretty sure I&rsquo;d have been blinded by mirror shards. However, it still hurt and started to make me scared for my safety. I was already getting increasingly anxious over all this DJ junk.

One way or another, the equipment had to go into storage. We didn&rsquo;t have enough money to afford a place with an outdoor shed in our British Columbia neighborhood. Rent&rsquo;s high. So, we started to look to a company called Shed instead.

The decision to stop storing all his equipment at home was a necessary one.

I will be blunt; I get anxious around too much “stuff.” If I see every single corner of my home covered in wires, papers, and light boxes, I get agitated. It just puts me on edge and makes me feel like I’m surrounded by chaos.

We kept the stuff around in hopes of saving money, but it was beginning to make us wonder if we could save our marriage too. All the smoke machines, fog mix, cables, cords, deck covers, vinyls, and speakers were getting to me. I was feeling crowded out of my own house.

We were already having arguments about keeping the house clean and trying to keep a more minimal approach. After the disco ball incident, I realized that we had to put some of the stuff in storage before I ended up snapping at him one more time. 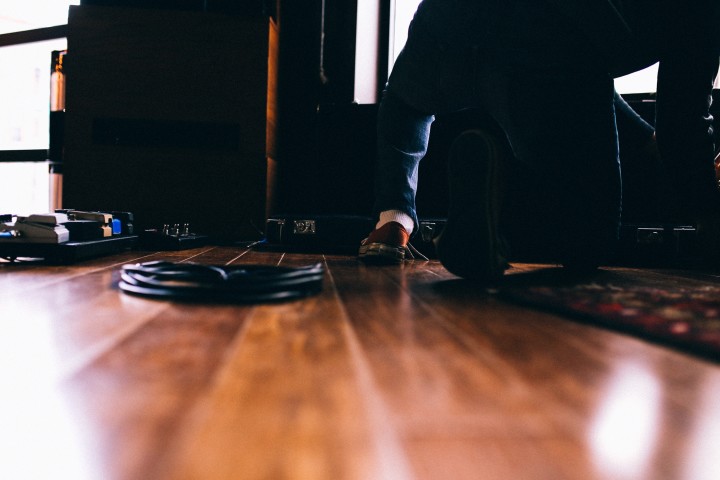 We didn’t throw out the lighting equipment and declutter our home the “traditional” way.

Don’t get me wrong. I was very tempted to throw out all those strobe lights, but I also realized that wouldn’t be wise. Though he doesn’t bring his lighting to every gig, he does occasionally get asked by promoters to bring it—especially on low-budget parties. The lighting, whether we liked it or not, had to stay.

It just couldn’t stay in our home anymore. So, we started to look for storage solutions that would help us take our space back.

Finding a storage place is very, very hard when you work in music.

When you work in the music industry, you will have a couple of problems with most storage facilities. Traditional ones were cheap (kinda) but would require us to personally drive up to the facility and grab the goods we needed for every show. When we are doing a concert, we don’t have time for that.

On-demand storage, which is pretty new, offered the chance for people to get their goods delivered. However, the problem is that we would have to be the ones to load up the goods in the first place, and in many cases, the facilities were pretty well-known for carelessness. 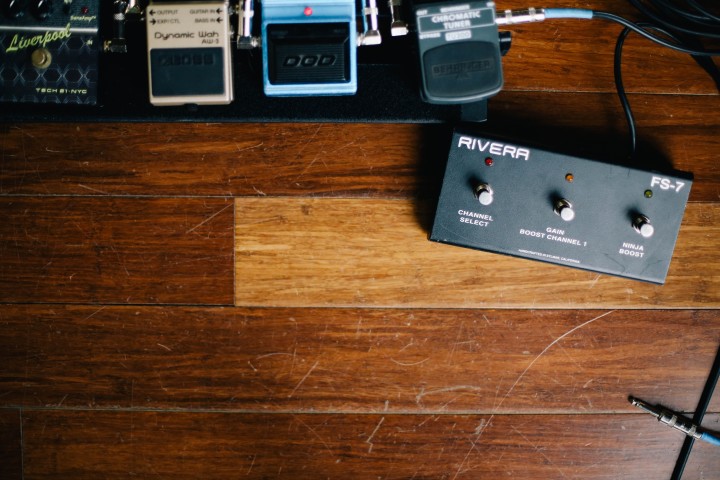 Musicians cannot, under any circumstance, trust their stuff with the wrong storage group.

If there’s one rule you follow as a musician, it’s to treat all your equipment with the utmost care and respect. Even if it’s not necessarily a $1300 Pioneer 900 CDJ set, you need to make sure your equipment is as protected as humanly possible. Even a little bit of damage to your equipment, even if it’s lighting, can make a profound impact on your concert.

A while back, I heard a rumor about a Carnegie Hall violinist who had made the grievous mistake of choosing a storage facility that wasn’t totally climate-controlled. His 50-year-old violin warped and became unplayable. That violin was pretty much priceless, and was now done for.

DJs tend to hang out with other DJs, which was precisely what happened when we decided to throw a lounge party. I was explaining the equipment situation to a friend of mine, who quickly suggested using Shed.

Shed is a unique storage service that will pack up your items for you, ship them to a special storage facility, place each item on a shelf, and even goes so far as to catalog every single item as it’s stored. When you need an item, you can drop by a facility or call them to drop it off at your home within two to five hours.

This was perfect for our lifestyle and would make it possible to plan equipment setups ahead of time. My husband was pretty pleased with the way they cared for items, and they have a good reputation among people who work in music throughout our area. 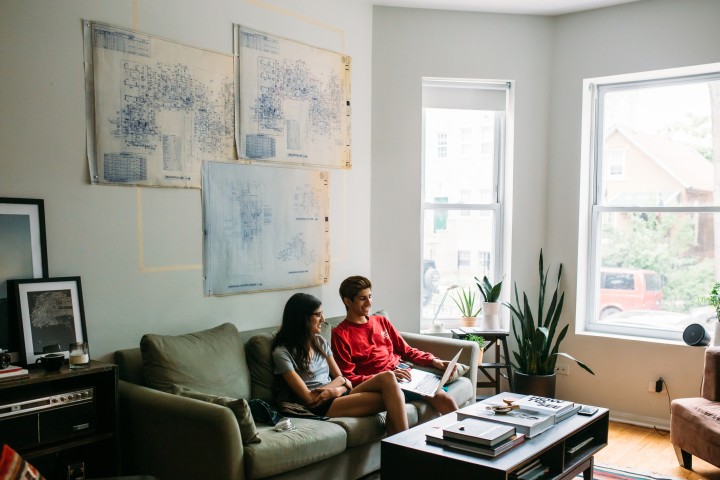 We looked online and decided to buy a year’s supply of storage.

We were very nervous about costs, because let’s face it, DJs don’t make much. However, their storage service was pretty affordable and gave us a “floating closet” where we could store our stuff. The delivery was always free, and they were happy to offer us advice on what facility would be best.

We found it to be incredibly affordable, since they charge by the cubic foot. Since we didn’t have much gear, we didn’t have to overpay for unused space. The more we found out about Shed, the better it got. Our Shed storage only ended up costing us $99 per month, which was less than what we typically spend on date night.

After we ordered space, we scheduled a day for pickup. 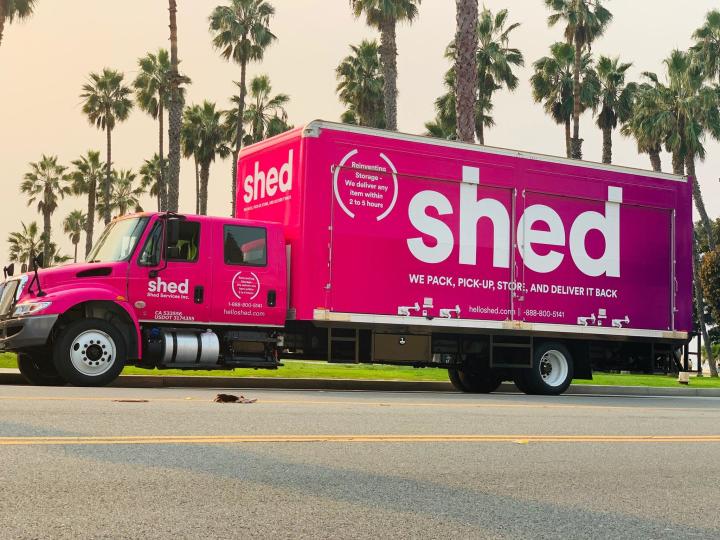 Pickup was a breeze.

Their staff showed up on time, and all we really had to do was point out the equipment we wanted to have stored. Every item that we had picked up would get catalogued into their app, complete with a picture. If we needed to retrieve it or order it back, all we had to do was tap the item on the app and it’d be delivered to us within hours.

Though we had gotten Shed for his lighting equipment, we ended up using some of the extra space to store other items we very rarely used. This included our Christmas tree, our tool kit, our blender, as well as our rug shampooer. 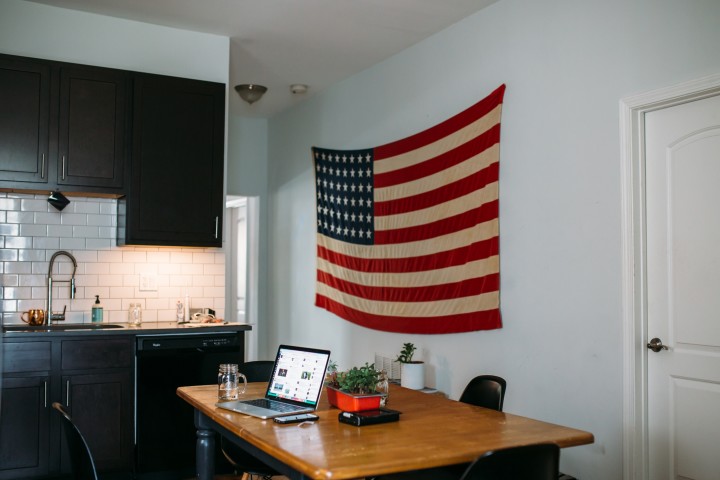 After we put stuff in our Shed, our apartment looked amazing.

Believe it or not, both of us are a fan of the minimalist look. We also love actually being able to find our keys in the morning and open up closet doors without having disco balls hitting us. Just having the stuff removed from our apartment made life easier for us.

Our workflow got easier. Getting ready in the morning became a cinch, as did inviting people over. Even our relationship improved, since we no longer bickered about having to pick up all the different knickknacks we had. 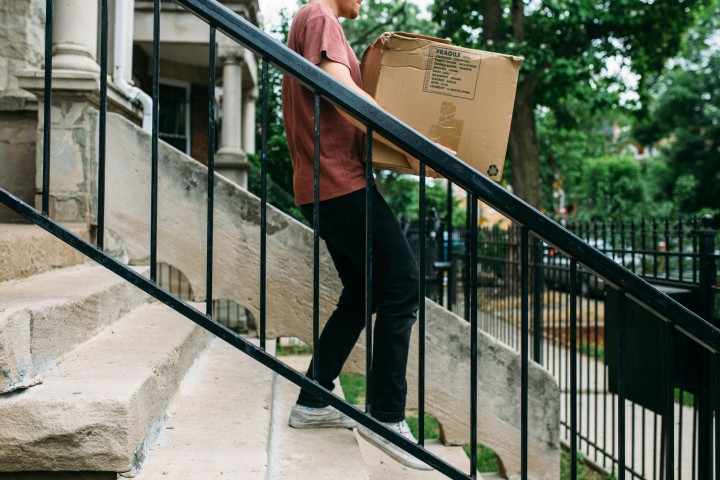 We put it to the test the day before a show.

I was very nervous about on-demand storage, but Shed really came in clutch. The day before my husband’s last show, we decided to bring out his strobes, UV lights, and a smoke machine. We used the app to summon Shed, and just like clockwork, we were able to get the gear delivered at home.

Once the show was done, we rang Shed back up and returned the items. Cleanup had never been easier. Ever since then, we’ve been advocating that others in our situation use Shed for any special gear they need to store. Frankly speaking, I don’t think I could ever go back to a life without it.