How to not be seen 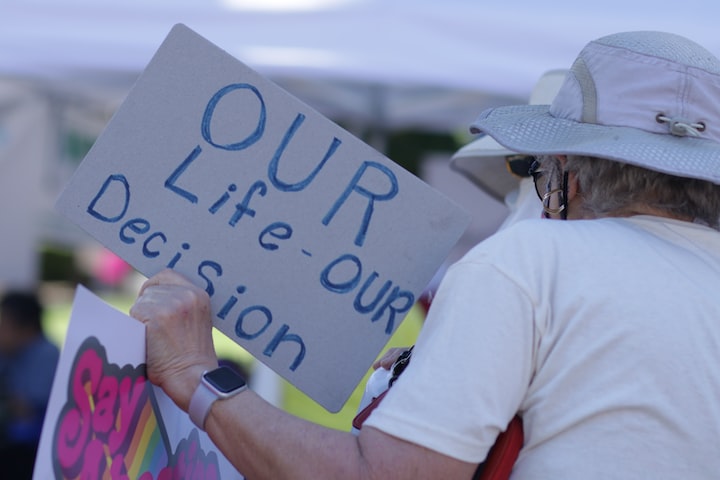 Photo by Aiden Frazier on Unsplash

In light of the recent Supreme Court ruling overturning Roe v. Wade, I thought I would write up a quick overview of how to not be found. Why? Because everything you do digitally can be used against you by a prosecutor in a state that has outlawed abortion already or is going to soon. That is, if you live in, say, Alabama, and you need an abortion, you will need to leave the state. Once you leave the state and go to somewhere that you can get full healthcare access and you call a friend at home for moral support, once you get home you can be charged as if you had never left. Most of these laws say that it is illegal to go get healthcare in other places. So how did they know? You told them yourself. As soon as you made that call, and your primary care says that you were pregnant and now are not, they subpoenaed your phone service provider, your internet searches, and every bit of data to find out where you went.

How can I not be tracked then?

I would like to say that it is simple, but it is not anymore. Everything you do is tracked. Your phone knows everywhere you have been. Your laptop and iPad do too. Your bank knows where you shop. Some cars can tell you everywhere you drive commonly. In the modern digital age, you leak information everywhere. You don’t even have to actively do things to let everyone know where you are if they know how to look for the information or have the legal right to force that information to the surface.

What can I do to stop it?

That breaks down into a few sections. Let’s start at the top snitch you have with you every day: your phone.

If you have an Apple phone, you have more data leaking than anyone else. Apple maintains tight controls on everything, and that includes where you use your phone. They want that information to sell you more products in the future, but it can be used against you. Even an Android based system does some of the same things, but not to the same extent. First step: lose your phone. Turn it off, and don’t take it with you. Best yet, let the battery die. Why? Because that is explainable, and your Apple device reports that. ‘OMG! It wouldn’t charge and I had to wait until a friend could help me fix it.’

After that, you still need communication, but how? Prepaid and cash. Cash is your friend. It isn’t tracked, and the transaction doesn’t come back to you unless you go to some where that has security cameras, and you go there all the time. Prepaid what? Phone service. Tracfone, Simple, stuff like that. Yeah, you need to put in a name to activate it. That doesn’t mean it has to be your name, or even a real name. Make sure it is a cheap phone that you don’t mind trashing later though. You are not going to be using it for much anyway. Make sure that you use a public computer to activate that new cheap phone you got.

That leads to another point, don’t buy stuff to be undetected from any where you normally go. Go a few towns over to get stuff. Make sure that it is crowded though. Spotting one person in a large number of moving people is hard to do.

No, there’s more. DO NOT, I repeat: DO NOT sign into any account you have on that phone. Once you link that device to any account you have, you have defeated the whole purpose of getting it in the first place. Android is likely what you got for an operating system as the cheapest phones on prepaid are all Android. When you are setting it up, it will ask you to sign into your Google account, skip it. There should be a button on that sign in screen, small and at the bottom left, that says skip. Yes, you are sure. It will ask you that. Do not download Twitter, Facebook, TikTok, or anything. The first thing you want to download is Signal, Telegram, or WhatsApp. Those three are encrypted end to end messaging apps. Personally, I use Signal all the time. Why? SMS, or Simple Message Service, messages are sent as plain text basically. They can be read by anyone. That includes your friend’s carrier. That means anyone you message from this number needs to be on board too. They need to have the same app, have it running for your messages. They also need to know to delete messages after they are read, or you have it set up to auto delete after a set time. In Signal, it is in settings, Privacy, Disappearing messages. When you set disappearing messages, the message will delete itself after the timer you set, and the timer starts after they open the message.

Got that. Next steps?

Don’t bring your other devices with you, they are tied to you. Take out cash slowly. That means when you buy something, get a 20 in cash off your debit card. Cash is king in staying not tracked, but if you take out a whole lot at once, they will see it on your bank history when they go for that information. A little bit extra at the grocery store is not much to go on though, and explainable.

What about my car?

Don’t use it. Public transit helps. Take a bus to where you are going, and then pay cash for taxis. If you can, find someone that will help you with housing where you are going. Networking is important in staying hidden too. Your car can sit at home all the time, and no one will care. If you get pulled over for any reason though, that police contact is logged. If you need a hotel, go with a no name. That is a hotel that doesn’t say Marriot, or Hilton, or any name that you know. If they are not a part of a chain, they don’t have a centralized database to subpoena.

Last thing to know, don’t be you. That seems an odd thing to say, but if you are an outgoing person, that will be a bad thing. Don’t be noticed. Don’t wear flashy clothing. Go simple. Sweats and cheap tennis shoes are the way to go. No or minimal make up if you can. Be average, be boring, and you disappear into the crowd.

All done. Now what?

When you get close to being back, put that phone in airplane mode. Let the battery drain and get the SIM card out as soon as you can. You have options for what to do with the phone from there. If you think you will ever need a phone like that again, once the battery is dead, you can put it in a few plastic bags to stop water from getting in, and burry it some where that only you know where to find it. If you want to get rid of it, I recommend doing an anonymous donation to a women’s shelter in your area, with that as one of the items. Either way, make sure it is not connected back to you. Even drop it in an electronics recycle at a electronics shop or repair store like Best Buy or UBreakIFix. Then, forget you ever went. I know that you will be dealing with everything else that goes with an abortion, but don’t ever mention that you went anywhere. Keep that in your tight network and avoid talking about traveling even to them.

I do a whole lot of things. Jewelry, crochet, tatting, tattooing, and writing. That's the short list. You can find my full novel stuff on Amazon by searching for me.

More stories from Alison Demzon and writers in Lifehack and other communities.