by Zane Pinner 5 months ago in house

Is there something behind that book shelf? 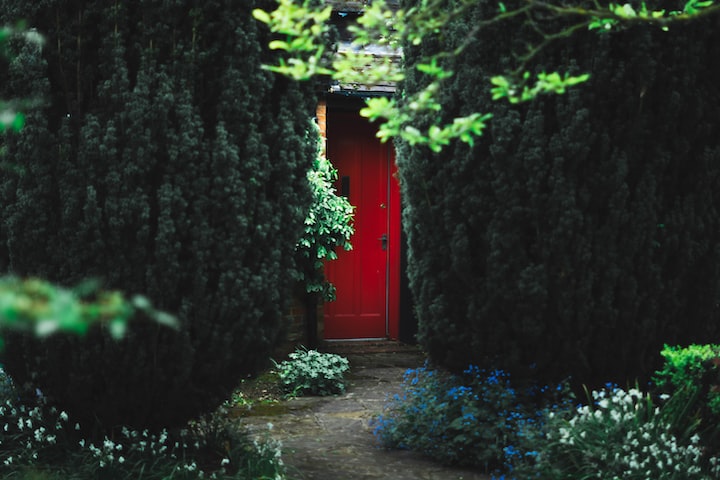 Photo by Kyle Bushnell on Unsplash

Eclectic millionaires keep their secrets close – and why wouldn’t they? We all have secrets. We all have habits or interests that we don’t really want other people to know about – especially our closest loved ones. How would your mum feel about your predilection for scratch-n-sniff foldouts of trans-gender Eurasians? She doesn’t need to know. Even if your particular habits or interests are pretty vanilla, there’s one or two that you would prefer to keep to yourself, or at least do in private. Singing, perhaps, or collecting Astro Boy figures. Or Zumba. Or fisting. Whatever. A secret space, close and handy, entirely yours to do with as you wouldst, is a pretty appealing idea for most people.

So who actually has secret rooms? People who require a them for producing drugs are usually too useless to build them properly. For hidden rooms with quality construction and clever designs that incorporate seamlessly into a predefined living space, you can’t beat the perverts of the world.

Wacko Jacko had a disquieting, never-fully-explained hidden room that opened via a wall panel nestled inside the huge lockable wardrobe in his master bedroom. The bedroom itself required a keycode for entry. Security much?

An electronic code, entered using a remote control unit, opened a concrete-reinforced steel door hidden behind a shelf in Joseph Fritzl's basement workshop. In order to reach the workshop, five locking basement doors had to be passed. To get to the secret basement where his poor family suffered in semi-darkness for most (or all) of their lives, eight doors in total needed to be unlocked – two of them with electronic codes.

During the late 1800’s America’s first serial killer, H.H. Holmes, constructed a three-story building later dubbed “Murder Castle”. The top floor of the building contained hidden staircases, doors that could only be opened from the outside and trap doors allowing Holmes to enter rooms while guests were sleeping. In the basement was a hidden dissection room/crematorium which Holmes stocked via a secret chute. The Murder Castle burned down in 1895. Imagine the money it could have made from Swedish tourists.

But secret rooms aren’t always the domain of demented nut-jobs, thankfully. Witley Park in Surrey, England, has one of the coolest secret rooms we’ve heard of; an underwater billiards lounge in the middle of a man-made lake. No shit. It’s accessed through a small wooden door in an unassuming garden shed, which leads to a spiral staircase and a short underwater tunnel boat ride that brings you to a conservatorium-style underwater room. Even most of the locals don’t believe that it’s there.

The first – and arguably most famous – secret room is that of Bluebeard. There are no Disney movies about this fucker. Not only was he a twisted psychopath intent on ridding the kingdom of marriageable women, he was brazen enough to tell his wife about the secret room. He even gave her a key with the tantalising warning – “See that door over there? Open it and I’ll cut you. Anyway, here’s the key to it, I’m going away for a few months. See ya.” Confident in your own psychosis, much?

Let’s face it – if you need a hidden room in your house, then you’re obviously not being strict enough on your gimp. If you’re a bit limp-wristed with a whip handle then a secret room is probably the answer. Check out Hidden Passageways for some clever custom designs. If you send them a photo of what you’re after, they can either design plans for you, or build the whole thing and freight it to you. You might need to sell one of your Del Bartons to pay for it though.

Receive stories by Zane Pinner in your feed
Zane Pinner
Read next: 5 Easy-To-Follow Tips to Burn That Stubborn Fat And Keep It Off For Life