by Blue Dymond 2 months ago in product review 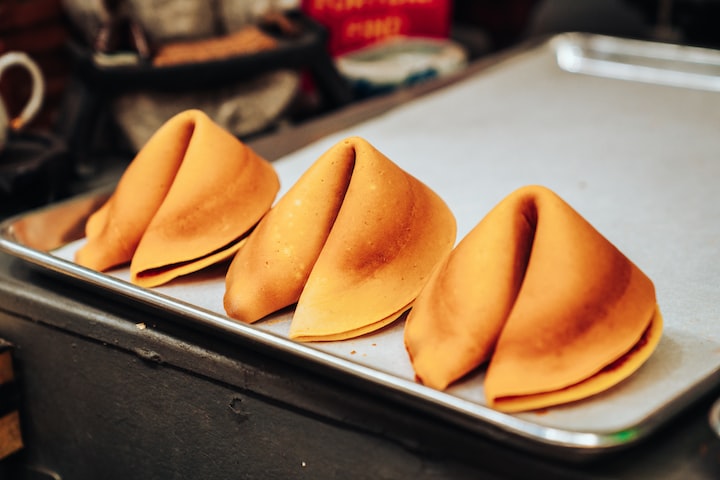 Photo by Meritt Thomas on Unsplash

It's widely expected that when you purchase Chinese food you also get the gratification of a fortune cookie. Whether that's a to-go order or if you're in the restaurant.

You get the hard, slightly sweet, cookie with a random quote inside that we love to apply to our lives. Well, on the back of that tiny slip of paper, and sometimes the front, there is also a set of lottery numbers. Lucky lottery numbers at that.

I was always the skeptic when it came to fortune cookies with their quotes and lottery numbers. I would always laugh watching my siblings break them open with excitement and wonder. They'd read about how they were destined to be great or laugh about how the numbers shown were all of their favorite numbers. It was a bunch of baloney to me at first, but now I'm thinking, it just might be smart to listen to that oddly shaped desert.

I'm going to highlight some of the lucky lottery players over the years whose fortune cookies came through for the win!

1.) They All Had The Same Fortune

March of 2005, in Iowa, 110 people won between 100-500 thousand dollars all from playing the same lottery numbers from their fortune cookies. The fortune cookie was one number off from all of them winning the 25.5 million dollar Jackpot. It listed the number as 4o instead of the winning 42.

Can you imagine the people that had the same numbers in there fortune cookie and dismissed it?

Take a look at the original news article here.

In September of 15', Richard Davis won 10 million dollars from the lottery. What was the secret to his fortunate win? He only played after he went to his local Chinese Restaurant and he always played the numbers on the back of the fortune cookie. The winning ticket was one of five sets that Mr. Davis had entered during that time frame.

As someone who only eats Chinese food every once in a while, I'm thinking that Mr. Davis has revealed the secret to becoming a millionaire over night.

Six days ago, Ernesto Sorzano, tried his luck with a lottery ticket after leaving a Chinese restaurant. To his surprise his ticket hit, winning him 50,000 dollars, and , since he bought a $3 power play ticket, it increased his wins to a whopping 500k.

Being a resident of Nevada and not being able to play the lottery I'm thinking its time for me to take a drive to some neighboring states and have dinner at a Chinese restaurant before playing my own set of lucky numbers.

You can take a look at his reaction and his plans for the prize money here.

Are fortune cookies really as fortunate as they are claimed to be? If the numbers are predicting the winners of the lottery, does that mean that the quote telling me that "I'm going to come across the opportunity of a lifetime" actually real? Hmm. You'd think, that after reading how these little cookies have shown up and showed out when it comes to delivering the luck they are advertised to, I'd be less of a skeptic. Even as an unbeliever of the oddly shaped cookies, I think I'll go ahead and play the numbers on the back. Honestly, I'd rather be wrong and win than wrong and wishing I would've listened, right?

Authors Note: Anyone else became lucky due to a fortune cookie, Have played the lucky lotto numbers, or just have any funny stories about their experience with them; Let me know, I'd love to hear about it. You can message me on Insta @thatgirlbluedymond or Facebook is: Blue Dymond. You can also find me in the Facebook Vocal Group The Vocal Creators Cooperative.

product review
Blue Dymond
Read next: 10 Remarkable Facts Of The 18th Century That Will Surprise You
Blue Dymond