Writing as Craft, Craft as Work

by Farah Thompson 24 days ago in literature

The Pen is Mightier than the Sword 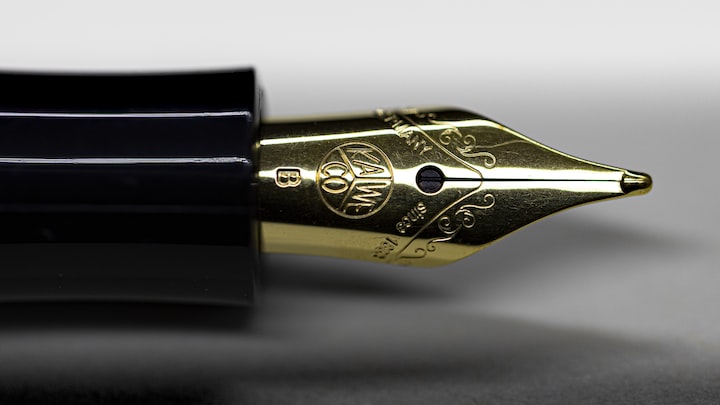 Photo by Thomas Griggs on Unsplash

Writing is powerful. It breathes life into imagination. Fully-formed nations have sprung into existence from the strokes of a pen. It strengthens the mind as lifting weights strengthens the body. With writing we pour our souls onto the page and search the text for flickers of hope or depths of despair. Writing is a calling, a craft, an art! And work.

Work: a four-letter word that has been degraded into profanity. A vulgar word that reeks of capitalism and corporations. What is work if not exploitation?

Well, excuse me, but if all work is exploitation, then I will gladly exploit myself to put words to paper, or in this case, words to Word.

I almost always wanted to be a writer. I picked up the Chronicles of Narnia by C.S. Lewis as a child and after that it was always the foremost profession in my heart—just not necessarily what I told people I wanted to be. After all, if you tell people you want to be a writer, they ask what you’ve written or are writing, and I hated answering truthfully: almost nothing. But the dream never left and over a year ago I decided it was time to chase that dream. I was spending eight hours a day – at minimum – behind a steel gray machine gun watching Afghan children play in the dirt… mind-numbing boredom because the Taliban knew we were leaving and were just waiting and watching. I had nothing to do but think and think and think some more, especially as I was thousands of miles away from my wife and newborn daughter while my country struggled through a pandemic and riots. So, I picked up a pen and tried to make sense of the world.

Along the way, I realized something. I had been taught to write by writing and it was all well and good to write essays for classes. But now that I wanted to write and write well, I didn’t know how to improve. Naturally, I turned to the internet and found lists of books that get at writing. Some treat it strictly as craft and others treat it as a spiritual art.

Treating writing as art has had a net benefit of zero on my writing. Art sounds so high-class and opaque. Now, maybe approaching writing as art works for you. It sure doesn’t for me. If anything, it drives the perfectionistic urges I am learning to overcome. Of course, there is nothing wrong with desiring excellence – unless it stops you from writing. Writing as art demotivated me from actually writing because I felt like I had to wait till the clouds opened up and the heavens sent down ideas on a golden platter.

But writing as craft!? Writing as a muscle that could be trained and strengthened? That was my jam. And it improved my writing exponentially. Along the way, I’ve learned some important tips and tricks. This is my opportunity to share them with you.

First, do what works. I’ve learned that brainstorming on a computer is hopeless for me. I write my ideas down on paper first. Then I usually end up writing the major components down on paper and sometimes I even outline to better organize my thoughts. That’s comical considering how much I hated outlining in school. All three of these might happen on a couple pages, or they may be spread out and interspersed with other ideas. Some ideas need to germinate before sprouting. The motion of a pen helps my brain develop ideas better than staring at a blank page on Word. Do what works for you! It took me trial and error to figure out what worked best for me. Its okay to try different things just to get your synapses firing differently.

Second, always have a way to write down ideas. I have dozens of ideas that might turn into articles, short stories, or novels in the future just from the last 18 months. I’ve always had a mind that likes to imagine, create, and ponder when it’s not otherwise occupied. The problem is that until, the last 18 months, I left the ideas in my head and eventually they would be overwhelmed by life and fade. I mourn for the stories that I will never explore because I let them fade. Now, I try and write down my ideas in a notebook before sleeping. If I’m in a situation where an idea suddenly strikes me and I’m not near my notebook, I will put it into the notes section on my phone. Still, the goal is to physically write it down.

While questing to improve my writing, I’ve read several books and am on the way to finishing several more. I found On Writing: A Memoir of the Craft by Stephen King to be very encouraging. It steeled my desire to push through the crap, both my own and the world’s, till I produce stories I’m proud of. I highly recommend it.

Currently, I am almost finished with Writing Tools by Roy Peter Clark and Steering the Craft by Ursula K. Le Guin. Both are excellent and are improving my writing. Writing Tools had an immediate effect of my writing. My wife, who proofreads for me, can attest to this.

However, Writing Past Dark by Bonnie Friedman was above my head. I hesitate to critique but it certainly didn’t help me. It did make a couple internet lists of books to help writers, so it must’ve helped others. I got The Practice: Shipping Creative Work on Kindle, I think, because it was on sale, but it will fall into the small category of books I don’t finish. It is like a business version of treating writing like a spiritual art and as such enjoys being paradoxical. A horrible combination of worlds. I despise when ‘wisdom’ is so vague and contradictory. Say what you mean and mean what you say.

Treating writing as craft has been key to chasing my dreams. It empowers me to improve my writing and seek mastery. Perhaps decades from now that mastery will produce art. But for now, I will not concern myself with art, but with honing my craft the way one sharpens a sword.

I will likely be producing a book review of Writing Tools and Steering the Craft because they both are impactful and useful to any writer.

A writer just trying to make sense of a world on fire and maybe write some worthwhile fiction.