Writer's Block as a Literary Device

Not something writers actually suffer from. 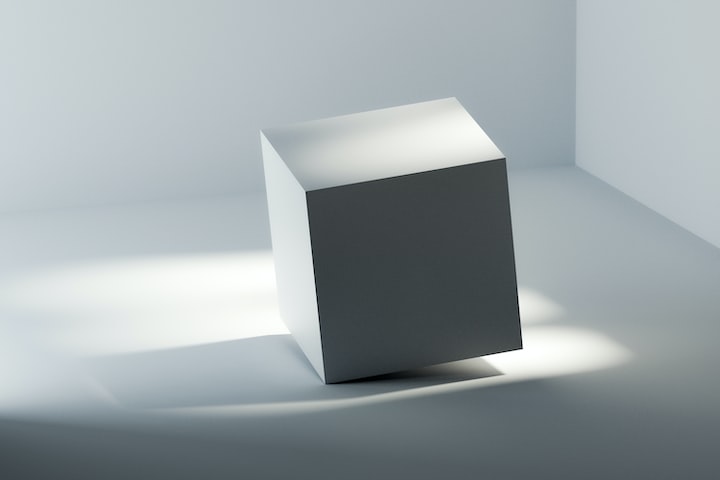 Photo by Milad Fakurian on Unsplash

The top three movies I can think of that begin with a character who is an author suffering from writer's block are Stranger Than Fiction, House of Long Shadows, and Runaway Bride.

In Stranger Than Fiction the author is supposed to write a novel where the main character dies, but a real person starts hearing the author giving a narrative of his life. The author is blocked because she can't think of the right way to kill off her character, so she's been blocked for years.

In House of Long Shadows, a blocked writer has three days left to his deadline so his editor suggests he visit a house he owns in the middle of nowhere so our author can write his manuscript. They make a bet with the editor betting a large sum of money that the author can't finish his book. Once the author is at the house, a beautiful blonde woman appears and begs him to leave as he is in great danger. The writer assumes she is sent by his editor to distract him and won't leave. Then some crazy stuff starts happening.

In Runaway Bride, our writer is a columnist wandering the streets of New York looking for something to write about for his column, when he lands on a story about a woman who keeps running away from her weddings.

Because of these examples and countless other movies, TV episodes, and books, one of the top questions I get asked when I confess that I am a novelist is if I suffer from writer's block.

The answer is no.

That isn't to say that I never have a moment of hesitation regarding where the story should go. I do, but I'm honestly more blocked on what color I should paint my closet than what I should do with my novel. I've been a novelist for 27 years, and if I had been an interior designer for 27 years, I would know what color to paint my closet. Let's talk about the writer's block problems in the films I mentioned above.

In Stranger Than Fiction, she can't figure out how to end her novel and she's been sitting on it for years. I have had this problem. I wrote five endings for my novel His 16th Face. I ended up throwing out 80,000 words worth of material for a book that ended up being 89,000 words long. However, it is important to note that sitting on a project that isn't moving is a gigantic waste of time. I couldn't move on with His 16th Face, but that didn't mean I was utterly blocked as a novelist and I finished other projects while that one was delayed. With that said, it is a very dangerous risk an author takes if they wait too long between book releases. They risk their audience forgetting all about them. Most audiences don't grow during hiatuses unless a movie or TV series of one of their books is made. This puts a tremendous amount of pressure on an author to make something that can be sold instead of sitting around like a lost fairy on a flower waiting for her muse to kiss her toes. Writing books is a business and you've got to show up for work.

In House of Long Shadows, our author has been a lazy bum. The film was made in the 1970s and at that time, he would have had to crack out a book that was at least 60,000 words long. It would be a flimsy book, but a book that length would probably meet the expectations of his editor. Now, let's talk for a second about what it would take to produce a book of that size in three days with a typewriter instead of a modern word processor. I have a lot of experience actually doing this and I have to say, the editor didn't need to send a blonde. The best word count I can churn out is at a pace of 15,000 words a day. That sets you at 45,000 words after a weekend. That's working all day with very few distractions. That means that it is completely possible to crack out a 60,000-word book in a week if you know what you want and you don't take any wrong turns. That means following a strict outline. To do it in three days means you have to crack out 20,000 words a day. This is where the typewriter comes to bite you in the ass. When I've been typing all day my fingers stop working toward the end of the day. Without the luxury of a backspace key, the gobbilty-gook you'd leave on that page would be a nightmare to decipher. Without much imagination, I can see the typist who's supposed to make sense of his manuscript on the phone with him trying to pick apart the aftermath of his weekend of literary carnage. He doesn't know what he wrote. He was overworked and if he was like Stephen King in the 1970s, he was drunk off his ass. What I really want to say is that this story about a writer is just a story. It is not a practical point of reference to discuss what a writer actually goes through. Writers (including Stephen King) like to use a writer as the main character as a crutch to churn out writing faster. If the main character is a writer, it starts the writer at a point of reference they understand. It is also a way for them to discuss how they see the world in a way that is much more plausible than if they were to try to give a worldview through someone they don't automatically understand. The writer is built-in. Unfortunately, this also means that writers write about book signings with lines of fans dying to have one minute of the author's attention when they have never had a successful book signing themselves. It presents a fantasy view of an author's experience that is too rare to replicate. I do book signings. There is a lot of standing around and I don't have a manager or a bodyguard.

In Runaway Bride, the opening scene where our author is running around looking for a story is so silly that it's hard to watch. A columnist has a responsibility to the paper he works for to generate interest in the stories the paper is running. Thus, the only place he needs to look for material is the pages of his own paper. He also has incredible resources since he has a direct link to the journalists who write those stories. They may have little tidbits they aren't allowed to print that our columnist can speculate on since he's writing an opinion piece. There are also scads of things to write about in other parts of the paper from the Sports pages to the comics. A columnist with writer's block deserves to be fired.

When someone is just beginning to write something as large as a novel, they may get blocked right after they write the introductory plot arch. They thought they had a great idea for a book, so they tried to write one, but they got blocked after 45 pages. However, these depictions of professional writers being blocked has left them with the feeling that being blocked makes them more sophisticated and on the right track. This is where the non-writer gets it backwards. Being blocked doesn't make you more sophisticated. If you're not writing, you're not a writer. They're ignoring the obvious. The person who wrote about the blocked author wasn't blocked. They finished their manuscript, their screenplay, their book. They finished. They weren't blocked. They used a blocked author as an easy tool for their story to keep themselves from being blocked.

A writer who has been at it for a long time has an arsenal of tricks to stop themselves from getting blocked. They know where to hunt for new ideas, how to round out a story, how to spot wrong turns, and how to get the job done. It's just a literary device to write about a blocked author. That's all and frankly, anytime I am watching or reading something where they do this, I get very bored.

No, I don't get writer's block and the person who wrote about a blocked author wasn't blocked either.