What I Learned From the Co-Founder of Netflix

by RJ 25 days ago in interview 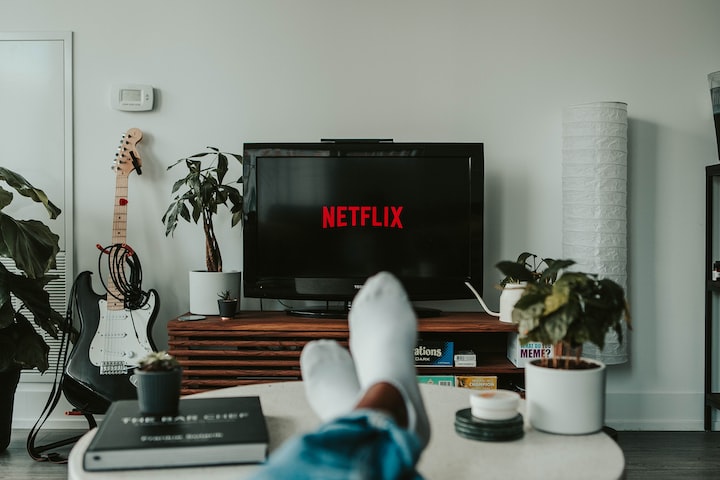 Photo by Mollie Sivaram on Unsplash

14-year-old Marc Randolph stood under the sun at the base of a trailhead with 15 other students at his side. His parents had dropped him off that morning at The National Outdoor Leadership School (NOLS) to hone his skills. The program required a month of surviving on their own in the wilderness. Each day the group was separated into smaller sections, and a "leader of the day" was appointed.

It was this way that Marc learned communication and leadership skills. In the wild, alone with no connection to the outside world. Where he had to make decisions that affected the well-being of the group, each day at the end of the session, their choices were broken down, and he was able to see the impact of each one.

Randolph would use the skills cultivated at NOLS in tandem with one another for his entire life to make groundbreaking strides in the business world.

Marc Randolph was recently interviewed for two hours on the Tim Ferriss Show Podcast, and within that interview, he dropped several gems. He touched on goal achieving, experimenting in business, and battling with Blockbuster. Ultimately he described his and his co-founder's journey to creating and sustaining Netflix.

1. There Are No Good Ideas

"No idea performs the way you expect it to when you collide it with reality."

Marc has built his career off the ability to solve problems. He says himself that he is obsessed with the process of solving issues. He loves to sit at the round table with other creatives and top executives to toil over one thing or another and get to the root.

“Nolan Bushnell, the co-founder of Atari, once said something that has always resonated with me. “Everyone who has taken a shower has had an idea,” he said. “But it’s the people who get out of the shower, towel off, and do something about it that make the difference.”

He also believes that ideas are usually kept and held in their owner's mind. Where it can be embellished and kept safe from criticism. Randolph describes his own battle with discovering what ideas are good and what aren't by saying,

"I've got to just stop thinking about things and actually do them. That is the only way to distinguish the good ideas from the bad."

It's so much easier to picture the beauty of our idea within our minds. The real challenge is sharing them with the world, putting them to the test, and only keeping what works. However, you can only find what works if you get started. Don't wait for the perfect idea; it doesn't exist-just get started.

As an American Seeds salesman, Marc learned the art of split testing. With unreasonable quotas, he had to find a way to make sales consistent and frequent. When he approached a door and failed to make a sale, he would change his pitch for the next house. Slowly he was able to see what worked and what didn't. He increased what worked for him and of that group, continued to experiment to see what could be even better.

This process is a constant in his routine, and to him, those who learn how to test their ideas are the ones who will skyrocket to success.

3. There is Always a Way to Make it Work

“You see, a startup is a lonely place. You are working on something that no one believes in, that you’ve been told time and time again will never work. It’s you against the world. But the reality is that you can’t really do it on your own. You need to enlist help. Bring others around to your way of thinking. Let them share in your enthusiasm.”

When being interviewed by Tim Ferriss, Randolph describes visiting Amazon Headquarters for them to possibly acquire the company. At the time, Amazon was strictly for book sales. Jeff Besos hoped that Netflix could jumpstart their transition to digital media.

Within the building, the employees all worked on doors made into desks, and when the men gathered around the round table to discuss the sale, they were also using a door.

This is a very different picture than the Amazon we see today, but even then, they knew they wanted to be the "Everything Store." Similarly, when Marc pitched the Netlfix idea to friends or family, they all told him it would never work.

“When it comes to making your dream a reality, one of the most powerful weapons at your disposal is dogged, bullheaded insistence”

In the days before streaming, Netflix rented CD discs to customers. Friends told Marc that Blockbuster already dominated the market and that streaming was right around the corner. The two qualms make sense, but instead of ignoring those issues, they embraced them. For example, Blockbuster had poor customer service, allowing Netflix to stiffen away their customer base.

Even still, Netflix was almost combined with Blockbuster, and the company may have failed. The only reason they didn't is because they didn't give up. There is always a way to make your idea work.

“You have to have the willingness and the confidence to walk away from sure mediocrity to bet everything on the long shot of a big success.”

The Canada Principle says to find the two most important things and divert all your resources to them. Marc describes the process as "scraping the barnacles off the hull."

The idea that you need to maximize your focus by limiting the number of opportunities that you pursue. For example, people encouraged Netflix to move into Canada for the easy boost to sales. However, after looking into it there are other factors that made the transition difficult. He realized he was better served applying that effort to their already flourishing business.

We can also see this exhibited in Netflix in their shift from DVD sales to focus on renting movies, and later, to a subscription-based model.

Marc leaves work at 5 pm on Tuesdays for a date night with his wife. He schedules this time and lets his staff know that he won't be available. Emergencies disappeared, and he can dedicate time to his marriage.

Randolph also schedules time to go kayaking and mountain biking with his friends. He does so because that is what he is passionate about; he loves nature and sport. He makes space in his busy life for what is important. How could you do the same?

There is a theme in Marc Randolph's life and it's the ability to solve problems. Even today he advises entrepreneurs on his Podcast "That Will Never Work." I've found that putting an emphasis on your leadership skills and communication skills, split testing your ideas, and focusing on the most important, are keys to business success.

Fostering that sense of self-belief and finding what makes you happy outside of business is even more important. Make space in your life for what you love. Make space for balance.

“own your own business. control your own life.”

Possibly the most important lesson from Marc Randolph is to get started. Stop thinking about your idea, and put it into action. That's the only way to know if it's truly special.

interview
RJ
Read next: Why Denny's Is the Perfect Starter Job for a Cook
RJ