Typist Who are Fastest in the world 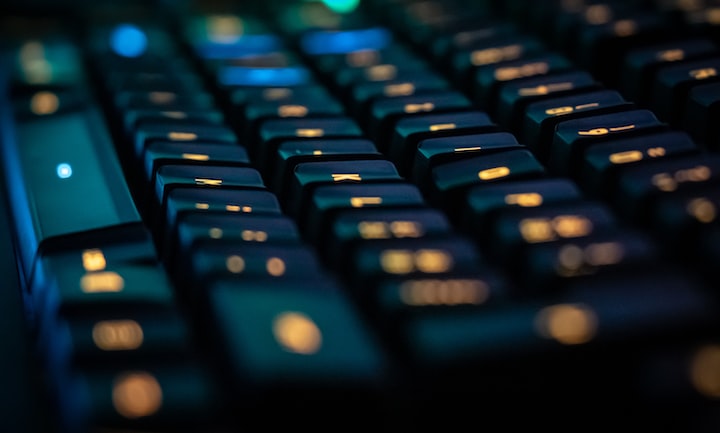 Photo by Florian Krumm on Unsplash

A collection of historical, modern, and fun speed typing records

If you are a student, that means you have 35 minutes to complete your pesky 1,000-word essay. Generally, men type faster than women, averaging 43 wpm (words per minute) versus 37 wpm for the opposite gender. How accurate is what we are typing? On average, there will be 8 misspelled words in every 100 words, which is 92%.

However, it is possible to complete much faster. The following list shows some of the fastest typists on various types of platforms, from computer to typewriter, phone to a smartphone.

The highest number of words per minute

In the days before computers and mobile phones; most typing was done on manual and electronic typewriters, with a keyboard similar to what we see today on a QWERTY set-up. Stella Pajunas set the world record for typing on an IBM electronic typing machine in 1946 by clocking in at 216 wpm. She typed so fast that the human eye struggles to keep track of her keystrokes when timed.

The highest average wpm over an hour

There was a time around the turn of the 20th century when typing competitions were big business and garnered a lot of attention, especially in the United States. This was partly caused by the ever-expanding typewriting and personal assistant fields of employment, which required typists capable of the fastest speeds.

Albert Tangora produced well over 8,000 words an hour with a manual typewriter in 1923, averaging 147 words per minute. In just 60 minutes, you finished well over half of your final dissertation!

Typing Tip: If you want to jump-start your typing skills, use one of the 7 BEST TYPING TEST TOOLS ONLINE, this is the most comprehensive tool around.

2. Fastest PC/Keyboard Typist in the World

The fastest English typist in the world

Barbara Blackburn holds the prestigious title as of 2005, not only achieving the highest typing speed of 216 wpm on a Dvorak keyboard, designed to minimize finger movement but also her average speed was between 150 and 170 wpm. Over 17 million people watched her perform on the David Letterman show in the US. Can you imagine what it would be like if she typed your assignments for you? I bet they'd finish within minutes!

Typing in more than one language

In the field of typing, Russia has given us one of the fastest multi-linguists in history. Despite speaking and typing 27 languages, Michael Shestov learned his craft as a clerk in the Russian Army, where he typed for up to eight hours every day. He typed 801 words in 5 minutes, an average of 160 words per minute.

As of 2012, Mohd. Kursheed Hussain set the world record for typing the alphabet with spaces between each letter, clocking a time of 3.43 seconds. On his official Guinness Book of World Records page, several people claim to be faster than him. Why not time yourself, train up, and give it a try?

Fastest court recorder in the world

As a comparison, Mark Kinlingsbury is the world's fastest court reporter using a stenotype machine. Before we move forward, how many words do you think he can type on this shorthand machine? 150? 250? 300? The actual answer is 360 words per minute at 97% accuracy.

Though he uses shorthand writing on a machine designed for speed, this is still an incredibly impressive number. Observing a steno-typist in action makes you realize just how fast they can be.

Touch-screen typist with the fastest speed

The first time, you use a smartphone, you realize just how tricky it is to text on one! The record here comes from Brazil, where a certain Marcel Fernandes Filho typed out a predetermined message of 100 characters in 17 seconds using the Fleksy keyboard application on his iPhone.

Typing on a standard-sized keyboard can be difficult enough for some people, let alone one designed specifically for mobile phones. Ms. Grace Pak (USA) nevertheless managed to type 264 characters into her phone in 56.5 seconds, punctuation included.

Generally speaking, it is difficult to verify all those speed tests done around the world using apps and software. There are many online competitions, such as The Ultimate Typing Championship. Sean Wrona reached a top speed of 256 wpm on this one. Despite not being officially recognized by Guinness, he kept the speed at 175 wpm for 50 minutes, breaking Blackburn's record. Guilherme Sandrini achieved a speed of 241 wpm.

The fastest typer on an old-school mobile phone

Once upon a time, portable technology was clunky and had buttons that you had to press to text. Right now, the world record belongs to Yousef Ahmed Abdul Saboor, who typed a 160 character message in 29.43 seconds. That's some impressive finger strength.

Hank Torres (USA) finished as the world's fastest typist in hands-free typing at the 2011 Assistive Technology Industry Association conference in Orlando, USA, despite having four limbs paralyzed after a hang-gliding accident. He used facial motion-capture technology for his record.

Fastest texter while spinning around on your head

Breakdancers lead a hectic life, so why waste time texting when you can do it on the job? Benedikt Mordstein managed to type out a message while rotating his head in a signature dance move in Germany in 63.664 seconds. It is still a mystery to this day how he does not get dizzy.

In a minute, the most alphabetical letters typed using feet

One or two of us have utilized our feet for other purposes besides walking. China's Liu Wuei typed out the alphabet 251 times in one minute by using only her toes in 2010. Afterward, don't ask how cheesy the keyboard smelled.

When you run out of hands-on your touch screen, you can use your nose as it is surprisingly accurate. In just over 43 seconds, Mr. Vinod Kumar Chaudhary typed out 103 characters using nothing more than his nose. To this day, his cross-eye vision is impeccable. The fastest nose typist is Neeta, an Indian woman who can type 130 characters in 90 seconds.

Hopefully, you enjoyed learning about some of the fastest typists in the world. Do you feel motivated? The best part about being able to use a keyboard is that the faster you are, the more useful you are.

Whether it is your assignments or the late-night paperwork flurry at the office, this is a skill that is utilized every day, and it will only become more common in the future. Try one of the many online apps available, and maybe one day you will find your name in the Guinness Book of World Records!

Language with the fastest typing speed

In Europe or the United States, people would assume that it is a Latin-based language, however, some Asian languages enable extremely fast typing due to the high density of information in their characters and effective auto-correction systems.

When using a Pinyin keyboard, Chinese appears at the top. Unlike other languages, Pinyin allows you to complete sentences by entering only the first vowel of a word. Alternatively, some people think of Korean as a fast language here with similar concepts and systems.