Trust and Loyalty Are Dead in the American Workplace

by Maria Shimizu Christensen 29 days ago in advice

even in the best of companies 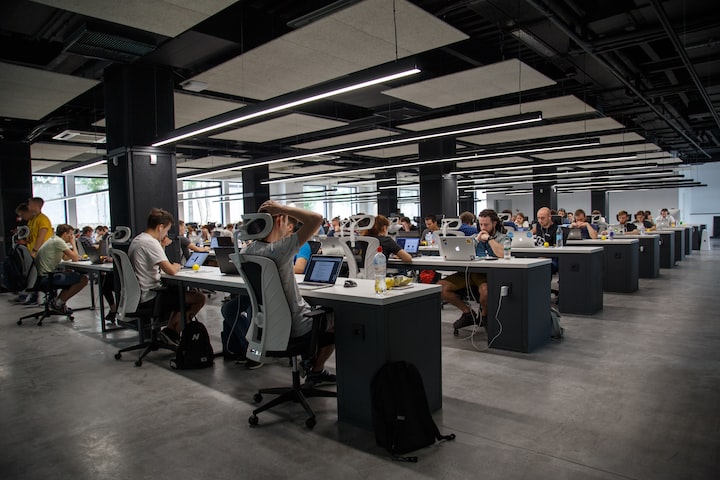 Photo by Alex Kotliarskyi on Unsplash

The ethicist columnist for The New York Times Magazine got things really wrong. And by the way, Is it ethical to call out an ethicist when they’re probably dealing in good faith and have the credentials I lack to gain a position writing about ethics for an employer, and are probably trying to help? Gah. This is why I never took philosophy in college. I’m doing it anyway.

The principles that the advice was founded on are actually sound in general, or hypothetically, but it’s written for a world that no longer exists. A world that never really existed, except maybe in our hopeful but deluded imaginations, fueled by paychecks that might have been just enough, but weren’t, really.

If you can’t break past the paywall, the column addressed an employee of a company who recommended a friend for an open position. The friend was hired but it turns out she’s planning to keep her original job and work the new one. Both positions offer remote work and she thinks she can do both. The OP felt a little betrayed and wanted to know if she should inform her company of what her friend plans to do.

The answer, in a nutshell, is that the friend is in the wrong and without outright telling the OP to turn her in, clearly implies that she should turn her in. Who knew ethics could be so wishy-washy.

But, seems reasonable, right? Why would I get all riled up about something that’s clearly dishonest?

“…what your friend is doing is wrong in all sorts of ways. She’s being dishonest in deceiving both employers. She’s taking advantage of the trust these companies place in their employees and of colleagues who don’t abuse this trust.”

Let’s take a closer look: “She’s taking advantage of the trust these companies place in their employees”.

Using the word “trust” makes it sound as if these companies are benevolent and good and would be oh so sad if that trust were betrayed. Their feelings might get hurt. We wouldn’t want to do that.

Companies don’t trust their employees, and never have. In July of 2020 the organization I worked for brought employees back in to the office after just four months of remote work, in the middle of an ongoing pandemic, because the CEO didn’t trust that employees were getting enough work done, metrics to the contrary. That company wasn’t the only one.

Yeah, that lack of trust is mutual. I don’t trust that a company isn’t going to hire some cocky little dude 10 years younger than me, for considerably more money, with no relevant experience, to do the same job I’d been doing for a decade, and then look the other way when he literally counted on his stubby fingers. We were bookkeepers. It was 20 years ago. I’m still a little bitter.

In my defense, I might not be so bitter now if time had sweetened things a little by raising wages to match rising productivity, untethering health care to employment, providing decent paid family leave, offering wage transparency and equal pay. You know, the little things.

“…although she says she’s capable of doing both jobs at the level required, her judgment about this is unlikely to be objective; either way, were she fully devoted to one of the jobs, she could surely do it better.”

Here’s the thing, Mr. Ethicist: you don’t know that. Her friend, the OP, doesn’t know that. And there are a couple of things you’re both overlooking with the patronizing assumptions you’re making while failing to actually judge this objectively.

Yes, I understand that the OP might have to lie and say that she didn’t know her friend had two jobs if she gets caught. I think the OP needs to understand that her job isn’t any more secure than anyone else’s if her company decides to employ a euphemism in firing her to boost their bottom line, and she doesn’t owe that specific type of honesty. This isn’t where you take the high road. It’s just business.

I hear you, I hear you. You work for a great company. A small family-owned business. A small company where everyone feels like family. You make lots of money. That’s awesome. It’s also rare. And, if the COVID-19 pandemic hasn’t taught you that even the most ethical, caring and honest of companies can fall apart and leave you stranded, then nothing will.