by Rachel Scott 17 days ago in humanity

As a first generation student who is a survivor of abuse, I love my job because I’m able to chase my true dream, which is finally independent of my trauma, while still helping those who were and are like me. 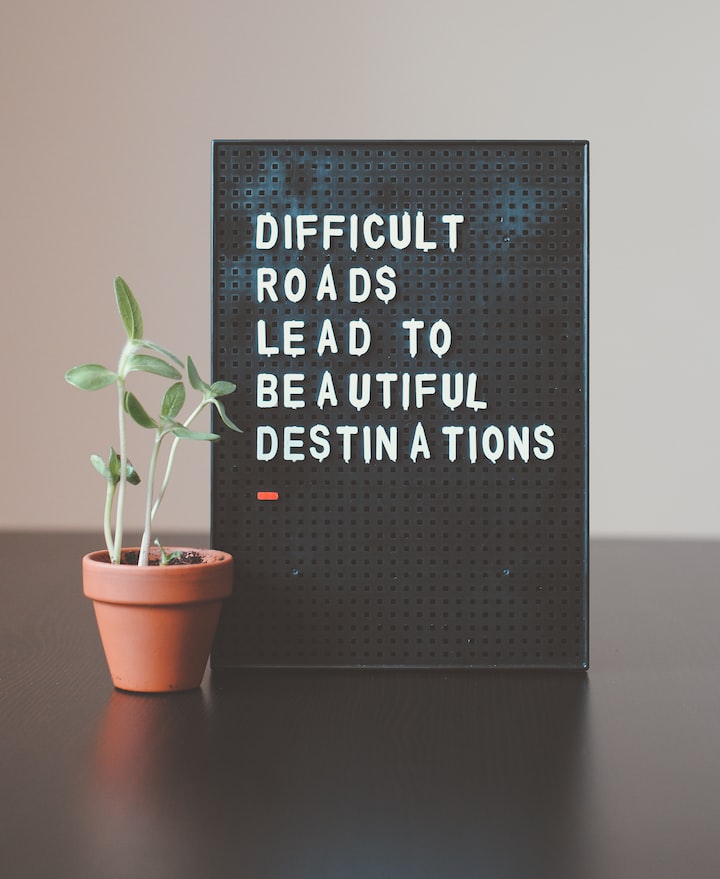 Happy isn’t the word I would use to describe my childhood. I’ll spare you the details besides the fact that it included kidnapping and abuse; this isn’t because I don’t think that my trauma narrative isn’t important, but because I want to highlight the important lessons that I’ve learned while trying to figure out who I am as a person, a scholar, and an employee. All you need to know is that I have had PTSD, depression, and anxiety since I was very young.

So young, in fact, that it is all that I have ever known. Because of this, my trauma became the foundation for which I would live my life. In high school, I became fixated on Criminology and Forensic Psychology since I wanted to better understand my abuser and why he did what he did. This determination followed me to college and, no matter what answer I got, it wasn’t good enough. And it never would be. As a result, it wasn’t long until my interest branched out from “Why did my abuser...?” to “Why do people...?”.

I remember sharing the exciting career path I had chosen with my mother when she quietly said, “Don’t base your future on trying to understand your past traumas. They just are….You’re keeping it alive.”

At the time, I was angry at her because understanding one’s trauma is important to healing and I felt like she was minimizing that, but as I grew older, I realized that I was overlooking the heart of what she was trying to say.

I was pursuing a degree in Criminal Studies and Sociology and planned to go into Criminal Psychology. I had, in fact, mapped out my whole life based on what happened to me, still chasing some sort of understanding of the events that ruined my life even though understanding would never come. I thought I had branched out from my abuser, but he was still intertwined with my tree like a choking vine, a parasitic memory that loomed all the same. I had deluded myself into thinking I had control, had carved out my own path, when that was the furthest thing from the truth.

To combat this, in my last year of undergrad, I added on a third major - Psychology. Shifting my focus to Social Psychology, I was determined that I would focus less on trauma and more on how individuals’ underlying thoughts, feelings, and behaviors shifted according to group dynamics. Once I graduated, however, I found myself drawn in once again by trauma work and secured a job at an acute adolescent psychiatric unit.

Working in the hospital was one of the most impactful experiences I have ever had.

My patients were all children and teens, steeped in trauma like tea bags left in a cup too long, and they lashed out at everyone and everything, but especially themselves.

And in them I saw a younger me--an abused, angry child who just needed someone to save her, but no one ever came and so she had to do it herself, so of course the way she did it wasn’t the best, and wasn’t right, but she had no one to tell her otherwise, and she had been doing the best that she could. So I tried my hardest to be the person they (and I had) needed. And that opened the gateway, sowed the seeds of rapport-building trust that allowed me to give them deeper advice and guide them with loving, compassionate words to a better way of navigating the stormy seas their lives had been or become.

Then, they would disappear from my life forever, their thankful parting words and smiles etched in my memories. It gave me such hope for them and made everything worth it. At times, helping them is what kept me alive.

And therein lied the problem: I gave my all to those kids and, at the end of the day, I had nothing left for myself. Every time I set foot in the hospital and heard of their experiences, dealt with their anger and sadness--hurt children screaming out, just like I was--it was very triggering and my mental health outside of work suffered. I bounced between sleepless nights haunted by flashbacks and uneasy sleep plagued by nightmares. Returning to the hospital every day, I was caught in an unhealthy loop of trying to save myself through saving these kids, making my life about what happened to me, again. I tried to justify my pain as worth it because I was helping others avoid and/or cope with a similar pain.

Even though I thought I had conquered it, there was still a child screaming inside me to be loved, valued, and begging for what had happened to her to never happen to someone else and--if it did--that I would make sure they never felt alone. It was as if I was constantly picking the scab of a wound that had already festered, never giving it time and room to heal. Every day, I was setting myself on fire to keep others warm.

So, after many breakdowns and tears over the agonizing decision I was about to make, I quit.

And, in a twist, after completing my Masters, I began pursuing my PhD in Behavioral and Cognitive Neuroscience.

Specifically, I aim to use fMRI to explore my primary research interests in the evolution of selfhood, belief maintenance, and autobiographical memory during healthy and atypical aging. My long-term goals are to promote intersectional aging research that highlights underrepresented groups and to ultimately share gained knowledge through active community engagement.

Did you catch it? Read it again.

Not one word related to my trauma!

Everything that I’m studying is a topic that genuinely interests and excites me, wholly independent of what happened to me.

But, despite this, the drive I have to reach a hand out to others still struggling in the abyss I was drowning in was as strong as ever until I was hired by a wonderful woman.

Now, we finally get to the job I’m writing this whole piece on. I know, it took a long time to get here, but the context is necessary for explaining why my current job is so important to me.

It’s actually not my main job I want to highlight--it’s my side job.

While I’m pursuing my PhD, I also have a second job as an Administrative Assistant for a clinical psychologist who trains people in Trauma-Focused Cognitive Behavioral Therapy (TFCBT).

As an Administrative Assistant, I organize the TFCBT trainings and handle all correspondence. There is a training almost every month with approximately forty people each time, comprised of clinical psychologists, therapists, social workers, and many more mental health professionals. As my boss’ only employee, I’m instrumental in successful maintenance of her company.

TFCBT is specifically designed for adolescents, so the minimum 480 clinicians per year completing these trainings will then have countless adolescent clients that they help throughout their careers. While I’m not the person working with these kids directly, though I dearly wish to be, I am still enabling them to get the help they need through my job. This fulfils my drive to help people who have experienced trauma while still keeping the distance necessary to protect my own mental health.

As a first generation student who is a survivor of abuse, I love my job because I’m able to chase my true dream, which is finally independent of my trauma, while still helping those who were and are like me.

There may be three degrees of separation between us, and these kids will never know about everyone who is involved in ensuring they are able to find the care they need, but I’ll be there in the background nonetheless, wishing with my whole heart that they find peace and happiness just like I’m finally beginning to.

Receive stories by Rachel Scott in your feed
Rachel Scott
Read next: 6 Tips on Starting a Business Right from Your Couch