The Twisted Tale of a Wilted White Rose.

by Jed Kimani 2 months ago in feature
Report Story

Chapter One: Fragrance from The Mirror. 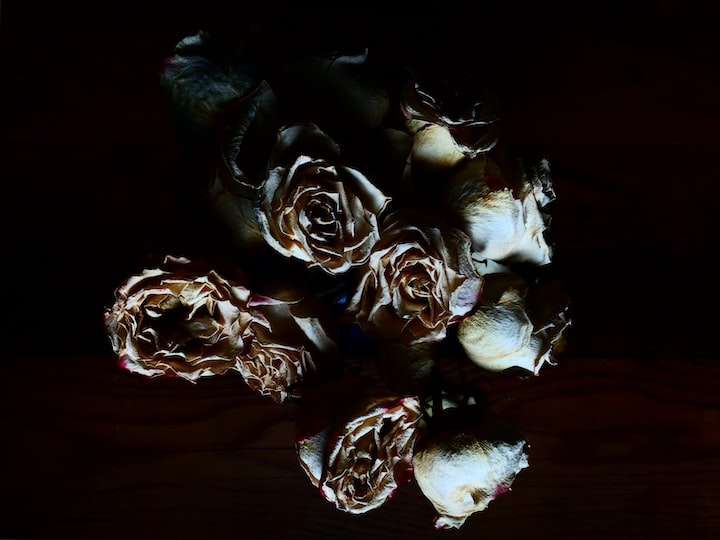 Photo by Emily Ramirez on Unsplash

Fresh. This tabula rasa of its sort was my chance to redeem myself. Show the world, and I, that I had purpose in living. Existing. I had become so much of a survivor, in the previous settling of events, that I had forgotten how much of 'me' I was initially.

The concept of how much I'd become, the need to prove my worth to almost everyone I crossed paths with gnawed at me. Seeking the attention, I so brutally lacked in earlier years of my puberty. The shell of a human being, that usually stood in front of the mirror, trying to draw feelings of love, content and homeness with the foreign silhouette looking back. Why did I get this way? I often asked God but was otherwise left with the same damning silent oblivion.

'Who had I become? Who is this? Is this really me?', all being thoughts that echoed far behind at the back of my mental space. A constant shattering of esteem had been my fair share of self-reflection. Like the common saying in the Swahili language,'...kujiita mkutano...', translating to 'calling a meeting with oneself'' was what I had grown fond of at this time. Going over what I did wrong, what I should have done instead, how my decisions affected my life ultimately...it had been much for anyone in my place to handle. And even though I knew it wasn't healthy in the least, it's all I could think about, it's all that echoed in my mind. I couldn't help it.

I, however, out of no logical reason, knew. Knew that finding me, who I was. Who I am. This would be the remedy to the ever-aching spot of identity in my life. After recognizing the mask, I had worn all these years, I now understood that I could not help feeling 'at peace' and 'at home' as I was. Often, I would look at myself, in the mirror, and barely recognize the man that looked back. The mental ellipsis that would fill the gap left by trying to identify this persona grew louder every time my eyes and those of the man in the mirror would meet.

But this day felt different. It smelt different. It was like a heavy weight had been lifted off my shoulders. The air felt positive in my lungs. The radiance of the sun birthed expectation. And on this day, for the first time in a long time, I smiled at myself in the mirror. Time slowed and reality melted away. The Mary J. Blige song that was playing faded to the background. I saw beauty in my heart. The purity of a soul like that of a child. This 'child', many call the image 'an inner-child', was who I was. Was the person I buried deep under in pursuit of love, recognition and charisma. This day I was at peace with where I'd gotten. From all the hurt, pain, limbo the little man would often use as key points in his story, to transcending to the shoes of him, me, that now writes the story.

This feeling of home and peace felt so familiar for what felt like a second, shifted to that of newness, a bleak curiosity for the future and an unruly optimism. It felt like a rebirth, a metamorphosis of some sort. And then it was at that moment I decided that I was happy. I was at home. I love me.

And I chose to find content with whom I had grown so foreign to. My inner-me deserved it. I was, however, running late for class.

Taking note of the reflective moments in life. When the walls of reality melt down and the essence of time fades away. And all that's left is you and your mind space. I jolt what's in the mind space of my reality.

More stories from Jed Kimani and writers in Journal and other communities.