The Stories That Inspired Me

by Janis Ross 2 months ago in literature

Writers Should be Readers, or So I'm Told 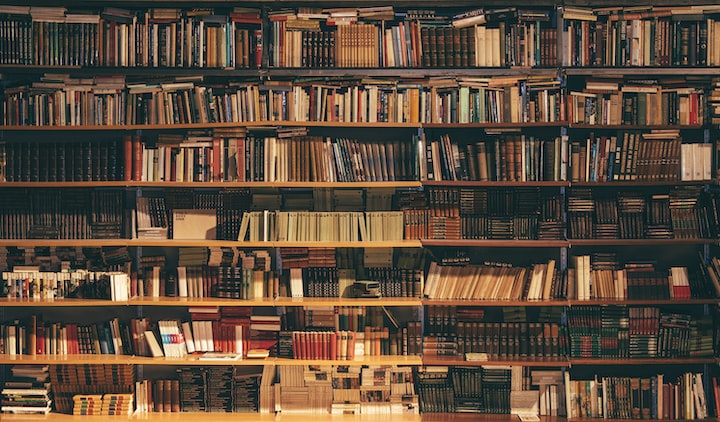 Photo by Alfons Morales on Unsplash

If you're not writing, you should be reading.

When I first started taking writing fiction really seriously, that was the message trumpeted across all of my research as I learned about editors and querying and getting an agent. You've always got to be trying to improve your craft; what better way than by reading the work of others?

As the years went on, I learned that it wasn't just the reading that was helpful - of course, it is one of the best ways to learn about the technicalities of writing, the nuts and bolts that hold the words together to share with your audience - but it was the taking in of stories that really helps to advance your craft as a writer. Movies or tv shows with deep, thought-provoking plots and even video games (if you're a gamer) can help to jump-start your imagination and give rise to all kinds of ideas for your own work.

Though those other mediums have often inspired themes or even scenes within my own writing, I will always fall back on a few of the books that I read growing up that inspired me and helped me to become the writer that I am today.

As a young reader, Frank Peretti captivated me with the range that he had. Some readers may have known him for his adult, spiritually-centered novels, like This Present Darkness or The Oath. However, he has also written books for teens and young adults, as well as playing the character "Mr. Henry" to tell Bible stories in a fun and accessible way to younger children.

The Cooper Kids Adventures were wonderful early escapes for me. I loved anything having to do with adventure, and the way that Peretti was able to seamlessly include elements of his faith into the plot was something I thought was amazing (being a young Christian girl myself). They also served as a gateway for me into his other works, and everything that he writes is an easy reread for me.

Peretti's writing taught me about adventure and spirituality being combined in a way that didn't seem preachy or forced. The next novel taught me about the darker parts of human nature.

I knew pretty much nothing about Dumas when I was younger; I distinctly remember reading over the synopsis on the back of the book as I rifled through the tables and boxes of books at the fundraiser book sale at the local library and being intrigued. This epic tale of revenge taught me the power of a tightly crafted plot, with twists and turns and callbacks to things that happened earlier in the story. There was such a fascinating, deep background to the characters that captured my imagination, as well as character arcs that challenged my notions of how a character should change throughout a story.

Dumas’s writing inspired me to work harder on my plots and my characters - and made me quite fond of a good plot twist. Though the plot of this story was intriguing, the next set of books really pushed me to dig deeper into my creativity and world-building.

I told you that I like adventure. I also love a tight plot. But the thing that I learned most from Tolkien was his dedication to creating a world for his story and characters to inhabit. Beyond the languages and histories and cultures that he created (a feat in itself - I mean, who creates not one but several languages?), he wrote intricate and detailed lore that encapsulated all of the many peoples and cultures and lands in the world of Middle Earth.

That level of imagination, of creativity, of intricacy! Though I did not read the trilogy until I was a young adult, I knew that my decision to be a writer was only amplified by this masterwork.

So there you have it. Three authors and their stories that helped to propel me on my way as a young writer. Finding time to read as I've gotten older has been hard, but I still love and enjoy reading whenever I can. Now, while I'm waiting to hear back from my editor on my latest work, I'm going to dive back into reading. Maybe I'll give one of these stories a reread.

literature
Janis Ross
Read next: Why Denny's Is the Perfect Starter Job for a Cook
Janis Ross