The Pettiness Of Power

by John Whye about a month ago in workflow
Report Story 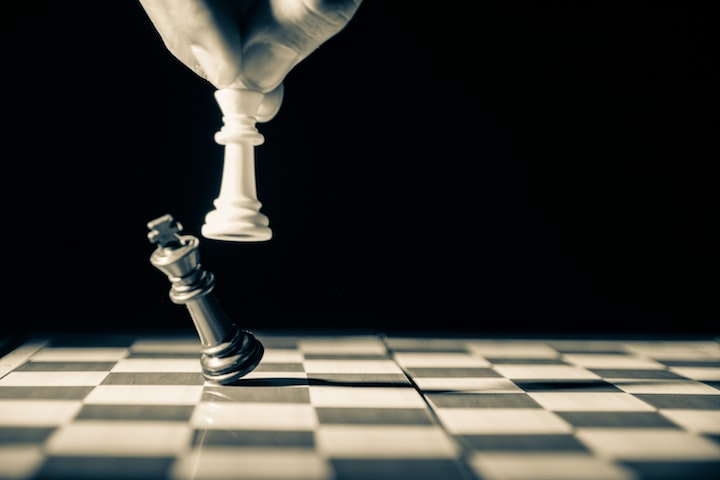 Have you ever noticed how some people become incredibly petty when they suddenly get a little power, like in a work situation? These types of people are often ignorant, ill-prepared for their new position, and have few if any people skills. No matter, their whole personality changes.

I have a friend who worked in a pharmacy in a large company, and when a new pharmacy manager was hired, the new manager fired her.

In fact, this was a systematic pattern, the new pharmacy manager immediately began purging every single one of the old employees in her department and replacing them with her friends shortly after she was hired herself. Did this ever happen to you?

The new manager did not care how valuable, how experienced, intelligent, resourceful, or skillful at their jobs each person was. She just wanted to clean house, from top to bottom. She just did it because she could, she had the power now.

Why do some people have to act so petty when they get a little power in their hands? I believe it is basically insecurity and lack of intelligence on their part. To me, this reeks of arrogance, ignorance, pettiness, and insecurity.

What is power in the work world anyway? It is an artificial designation of authority given to one person over another, and that is all it is.

I have personally witnessed this myself as both a blue-collar worker (truck driver) and a white-collar corporate employee. I have seen this kind of abuse of power up close and personal, and it is not a pretty sight.

The sudden ascension to power often turns people’s heads, makes them think they are better than the rest, that they are some kind of a special breed. Their whole attitude changes.

They suddenly start thinking they are special, that they are the anointed ones instead of what they really are, only the appointed ones.

When I was a blue-collar truck driver, our dispatcher would assign routes to each driver every day, mostly based on his knowledge of their strengths and weaknesses, and this system worked out very well.

But if our dispatcher was sick or on vacation, one of the other drivers would temporarily inherit his position and the power to assign routes, to decide who got sent where that day, and what tasks they had to perform. OMG!

Suddenly they were giving away all the easy routes to their personal friends and all the hardest routes to the people they didn’t like, no matter the requisite skill level or expertise for each job that was needed.

They weren’t mixing and matching, they were smashing and grabbing. It was all about the power. This small taste, this experience of power completely turned their heads! It was like a drug to them.

It was even worse in the corporate setting because here you had people who were hired at entry-level positions who were scratching and clawing their way to a more prestigious (again, read powerful) position in their lifelong quest to get to the top of the corporate ladder.

The best boss I ever had once told me, “Every rung up that ladder gets more slippery, difficult, and treacherous to attain.” As they say, the business of America is business. But being a bully is not good business.

I strongly object to the misuse of power by unqualified ignorant people over people who are technically “under them” when they are technically placed “over them.” Because it is all a facade, a sham, a display of their own ignorance, insecurity, and arrogant pettiness.

After a while, they actually start to believe that they are somehow superior to their subordinates, because they have attained a certain level of power, and that this designated authority makes them somehow innately better than their fellow employees.

They completely lose sight of the fact that their authority was given to them at some point, and that it can be taken away again at some point.

But they are so drunk on their power trips and so stupid they start believing that they are untouchables. They end up getting caught up in the heady mix of arrogance their designated position of power allows them, and they start to become ever more arbitrary, obstinate, and short-sighted.

Ultimately, of course, they almost always crash and burn, and are themselves fired, banished, and disgraced. It will remain an eternal mystery to me why some of them were ever given the power in the first place.

More importantly, how dare they misuse and abuse their power over their fellow employees? This kind of behavior by bosses is not only undignified, unjustified, and morale-sapping but also counterproductive as far as achieving results.

People like this new pharmacy boss and my last corporate boss are like the Gollum in “Lord of the Rings” when they suddenly get their “precious” (power.) They finally get their coveted ring in their greedy hands only to find out that their reach really did exceed their grasp. Well, as the French say, “C’est la vie !” or “That’s life.”

They never learned that old karmic wisdom lesson: “What goes around, comes around”.

More stories from John Whye and writers in Journal and other communities.