The New York Writer and the London Used-Book Seller

by Cathy Coombs 4 months ago in book review
Report Story

How a sentimental friendship was born 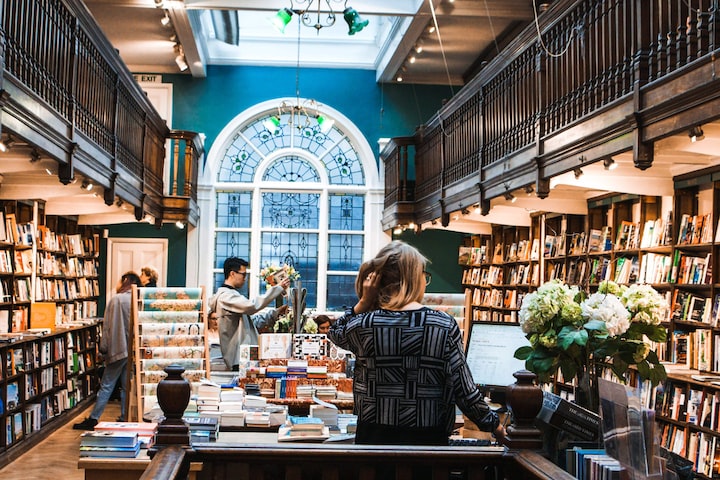 Photo by Pauline Loroy on Unsplash

One of my old favorite books is 84, Charing Cross Road written by Helene Hanff. It was recommended to me over 20 years ago and I still have an affinity with this book. It's a quaint book published in 1970 and primarily consists of correspondence between writer, Helene Hanff, and Frank Doel, a dealer of used books at Mark & Co. in London, England.

In their time and place in history, by reading the book, you catch more than a glimpse of their character, humor, and respect for each other.

Two people from separate worlds sharing their love of books.

Hanff was born April 15, 1916, and died April 9, 1997. She was born and raised in Philadelphia, Pennsylvania. Hanff never married and she had no children.

Hanff's family regularly attended the theatre, so she grew up wanting to be a playwright. She acquired her literary knowledge from when she attended college. Hanff later won a playwriting competition that came with a prize of an internship to work for the Theatre Guild.

The only successful play that Hanff was involved with was Oklahoma! which began its long Broadway run in 1943. She continued writing plays but they weren't good enough to be produced. After World War II, television became the main source of entertainment so she began writing screenplays for movies and television shows. In 1962, she wrote about theatre life in Underfoot in Show Business.

Hanff would look for old books including British literature she developed a passion for. She couldn't locate some of the books she wanted in New York City. In the fall of 1949, Hanff found an advertisement in the Saturday Review of Literature Magazine about a second-hand book store in London. She sent the shop a letter inquiring about books she was unable to find locally.

This was the beginning of the sentimental friendship between Hanff and Doel. Their years of correspondence lasted from 1949 through 1968.

After Doel left school, his first and only job was with Marks & Co. at 84 Charing Cross Road. Amazing. He learned a lot about the book business from his employers, Ben Marks and Mark Cohen - hence, Marks & Co., a company that sold rare books.

By the late 1960s, Doel was running the business almost solo since Marks had passed away and Cohen was too old to help with the daily operations.

In 1968, Doel died from peritonitis due to a ruptured appendix. Doel's funeral attendance included a large following of London's old book trade in 1969 on New Year's Day.

Doel had many good friends and colleagues in the antiquarian book trade and much of his and Nora's social life centered on the "Bibliomites", the Society of Antiquarian Booksellers Employees, of which he was a Committee Member. (Source.)

Doel had been with the book shop for more than 40 years. He received his fame posthumously after the publication of Hanff's book.

Hanff didn't get to London prior to Doel's death

Ultimately, the five-story building that housed Marks & Co. closed its doors in 1970. It has been home to other businesses since its closure and is now a restaurant.

In the summer of 1971, Hanff did at last visit Charing Cross Road to see the store building which was then empty. She captured her journey by writing The Duchess of Bloomsbury Street published in 1973.

In 1969, Hanff learned about Doel's passing in 1968 and was determined to write about their friendship. She had copies of the letters she sent to Doel including the ones she received from him. An editor at Harper's worked with Hanff on most of her books.

What I find so interesting and wonderful is how their friendship grew from their exchange of letters associated with their love of literature. Hanff also embraced their challenges from the effects of the bombings during the war which included food rationing. She had an affinity for helping the shop by sending them food packages. She also wrote to Doel's staff and to his wife.

Her letters to London evolved into accounts of life in New York and the Brooklyn Dodgers. In one letter, she described making her first Yorkshire pudding from a recipe sent by one of the staff. In return, the staff sent her first editions of her favourite poets and Irish linen tablecloths, embroidered by Frank Doel's neighbour. (Source.)

As I liked the book so much, when I learned it was going to be represented on film, of course, I had to see it. Anne Bancroft played Hanff and Anthony Hopkins played Doel. The movie was released in 1987.

I thought Bancroft and Hopkins did a fine job pulling off Hanff and Doel inasmuch as I imagined the scenes could be outside of having read the book.

I will say there was a piece of me hoping mid-way through the book that there was going to be a romance, however, Doel was married. But what they shared was greater than some wishful romance. It was a fiery friendship of book love mutuality.

Ten years after the movie's release, Hanff died from diabetes. She was almost 81 when she died. The apartment building where Hanff lived since 1956 is named in her honor, Charing Cross House. There's also a bronze plaque by the front door that memorializes the fact she lived there including the name of the famous book she authored.

The used book shop was a place that Hanff could rely on to find and provide the books she was looking for. She developed a personal relationship with Doel's staff at the shop too.

Because of Hanff's finances and dislike to travel, she had waited too late before traveling to England to see her friends or Doel.

When Hanff finally made the trip to London, it was pure joy. Because of 84, Charing Cross Road, she discovered devoted fans, including Doel's wife, Nora.

There is a bronze plaque displayed where the used-book shop sat that memorializes the shop at 84, Charing Cross Road.

Additional resources not cited above: People Pill; The Irish Times

More stories from Cathy Coombs and writers in Journal and other communities.