The Fun of Writing Environments - The Violet Project Diaries - Entry 15 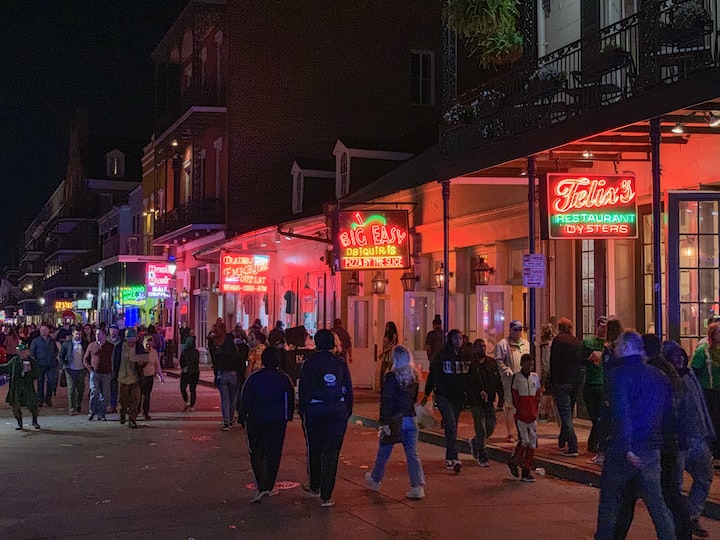 Photo by Eric Tompkins on Unsplash

Today was a better day. I’m getting into a flow. Beautiful ideas are coming to me. Writing is a joy again!

1. What was the hardest part/task?

The most difficult task today was making sure my architectural research was on point. I have a section of a city that is based off the French Quarter of New Orleans. It’s been a vision since I started this novel and I want to do it justice.

2. What was the easiest?

Writing dialogue for my protagonist was fairly easy. Even the side characters were easy to write for because I took a good deal of time developing them. While writing new scenes today, their voices were clear.

3. What do I think is my greatest strength?

I think I did a better job trusting myself today, especially when it came to describing transitions between settings and how it made the world very distinct to my protagonist.

4. What do I think is my greatest weakness?

I’d like to work on being more daring as a omnipotent 3rd-person narrator. There’s a lot of freedom there that I don’t take advantage of because I fear dumping the audience with too much, but I’m vibing with it and I want to study more omnipotent 3rd-person storytelling techniques. I have a few authors in mind….

5. How much of this writing session was an improvement from the first draft?

The greatest improvement was fleshing out the fundamentals of the exposition. In the first draft I was slacking off on the setting because I wanted my character interactions to be completed. Now that I’m taking my time with detailing the setting, I feel like each scene is more cohesive. I totally missed that when writing the first draft. I mean totally. I have a lot of work to do.

6. How did you feel during your writing session today? Any challenges or triumphs?

As I said in the previous answer, detailing the setting brings so much more cohesion. I have a very fast-paced brain. I tend to rush through things because I’ve always been proud of being able to make progress quickly. When I took my time writing each of the settings in the chapter I was working on today, I accepted that there was no need for this to be a race. Rushing is an old habit I’m finally extinguishing with the love of quality over quantity. It’s weird to me that I only wrote almost 1300 words in four hours, but I’m grateful those words created so much immersion without redundancy.

One author I was thinking about after my writing session today was F. Scott Fitzgerald. I think I may have blogged or written about his vivid writing style before. One night I decided to listen to The Beautiful and Damned on audiobook hoping it would help me go to sleep. It was impossible. The diction and rhythm of his writing kept me awake and invested in Anthony’s life, family, grandfather, and the girl in the tub. The narration is omnipotent third-person. There isn’t a lot of dialogue, but every scene has ambience, the internal conflicts and emotions of the protagonist are interdependent on the atmosphere of every scene. Of course why wouldn’t it? The American 1920s was a very lively time where your status and progress in life determined whether you were all the rage or not. Although there’s a looseness or almost carefree façade to the high class life of that time, there’s also a stress and competitiveness digging inside their guts. Fitzgerald wasn’t just narrating (and parodying, I think) about a time and characters he meticulously understood, but also described the actions of a character in the world they live in with intuitive attention knowing every thought, every feeling, and every act, conscious or subconscious, would successfully translate the effects of that lifestyle and clarify how it emboldens or shreds a character’s strengths and weaknesses. I don’t know if that’s one of those “Yeah, any author can do that and should do that” kind of things, but there’s a reason why we literature nerds study this guy through college. Just saying.

Anyway, that was my day.