The Best Single Piece of Writing Advice I've Ever Received

by Garrett Warren 9 months ago in literature

A tip that will improve your writing 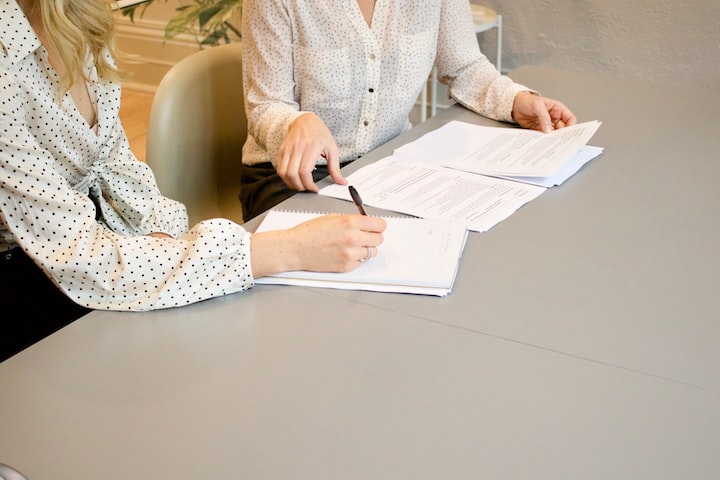 Photo by Gabrielle Henderson on Unsplash

To avoid a series of examples which all amount to the same thing, I’ll hope you get the idea, and move on.

This lack of commonality in our subjective realities is the problem with most writing advice. At its worst, it’s an expression of an advisor’s inability to fathom lifestyles other than their own. At its least worse, it’s so generalized to accommodate as many people as possible that it’s almost criminally ineffective.

“To be a writer, you must first have your servants place traps along all ingress and egress paths so that you cannot leave, and others cannot bother you.”

“To be a writer, you must write”

There are, of course, merits to each. The first example is about setting aside non-negotiable time for writing. The second is literally true — you need to write in order to write.

The first offers nothing in the way of usable suggestions by not accounting for the differences in people’s daily existence. What if you’re a single parent with a new child that just won’t, like, shut up? Or what if you’re in a financially sub-prime position and work so much that the non-negotiable time is a time for you to sleep? You can still eek out writing time, but it’ll be a lot harder for you than it would be for the faux advisor.

The second states a truth that is so universally obvious that it doesn’t need mentioning. You hear it all the time because people always ask successful writers how they, too, can achieve success. The answer is, yes, you need to write. But it’s usually apparent that they’re asking about more than a literal description of the act.

We look for more than obvious behavioral changes when soliciting advice. Few dispute the efficacy of setting aside time to write. Fewer still argue against writing as often as you can (i.e. if you can write every day, write every day. If you can write once a week, write once a week). People do, oddly, dispute the necessity of reading. While this isn’t the advice this article was written to impart, I want to clarify: You need to read a lot if you want to be a decent writer. Anyone who tells you differently does not have your best interests (or even theirs) at heart.

When advisors move on from behavioral advice, they offer advice on structure.

Here are some examples:

The advice above is fine, but that’s all it is — advice. There are situations and writing styles that can incorporate the very things the advice forbids. A novel set about the limited perspective of a single character may react to something there was no setup for, because the point of the novel could be about how none of us see the myriad narrative strings that run from every living and nonliving thing that has ever existed.

It might be perfectly plausible that a character is a hermit living in the woods, finally deciding to rejoin society, at the instant a nuclear apocalypse rains down from the sky. They would not understand political events outside their hut.

But there’s something at the core to each one of those examples — and most style-specific advice — which the advice I want to share expresses far better.

You shouldn’t mimic other writers. You should be influenced by them and being influenced by something differs from trying to copy it. For another thing, DFW was very good at his brand of writing because he was smart and worked very hard (People might disagree with me here, but that doesn’t matter).

Also, there’s a kind of amalgam of background processes that make most writers unique — a lot of us try to ignore ours because we want to write like a specific person and how they write differs from how we might naturally want to write. It’s a thing that needs to be honed, but the material for greatness exists in you already. The unique material that made up David Foster Wallace was unique to David Foster Wallace. I am not him, nor should I aspire to be.

This was all realized later. Like many white males with a half-decent environment during their formative years, and any modicum of writing talent — I tried to mimic him. I did a terrible job. Here’s an excerpt from something at my worst:

Tense switching, awful foot notes, too-long sentences, clear usage of words that I added to make myself seem smart. All the makings of a laughably bad story. After receiving the advice I’m about to give, I was able to turn the above excerpt (there’s over 5,000 words in that story) to a passably entertaining tale. I’m not going to link it here.

I don’t want to belay the point any longer. This whole article is a tailored expression of the only good writing advice I’ve ever received:

You can take a slow stroll to the point of your story, but never waste the readers time.

More stories from Garrett Warren and writers in Journal and other communities.