by Justin Boyette 27 days ago in advice
Report Story

If creativity had a bible, this is it. 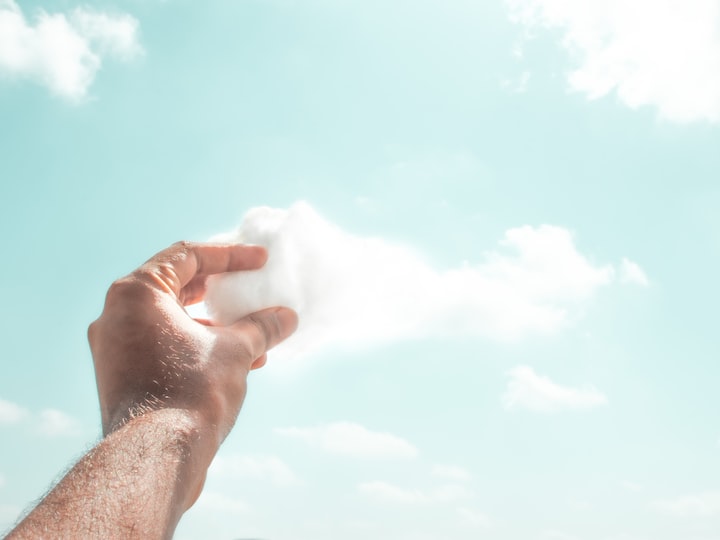 Photo by Nishant Jain on Unsplash

The best books are able to make coherent sentences from thoughts your mind can only mumble to itself. I’ve only ever read one book that has put my thoughts to words, and it’s one that I’ll be recommending to friends until the end of time.

Elegant and practical, Elizabeth Gilbert’s Big Magic is the one book whose nuances I’ve continued to explore even years after reading it. Never have I read about the creative lifestyle in a way that felt so personal and universal — every sentence was the fully realized version of my then fragmented thoughts about the subject.

Of the many smaller takeaways, the three that have made the deepest impact in how I conduct myself when I work in creative spaces are:

1. Treat creativity as a living thing

Prior to reading Big Magic, I had always thought of creativity as something inanimate, like a block of stone you chip away at until you can step back and see a sculpture from the rubble. For formulaic instances of practicing creativity, say, if we were attempting to practice color theory, this is a working model. Experiment with enough shades and you can find something that fits, but may lack that spark — the little bit of magic that differentiates ordinary creations into inspired ones, capable of connecting to more people in unimaginable ways.

Gilbert completely reframes the creative process as something that moves with you as you continue to chip away at the idea. But instead of chiseling at a marble block, Elizabeth Gilbert offers warm hands to moldable clay. She frames ideas as living things, citing Japanese animism, the thought that everything has a spirit, and that ideas are the true source of creating inspired work rather than what I’ll call a work of labor.

She’s convinced that ideas are supernatural spirits that come to humans in order to be realized as something physical in our world. They approach us, asking to work with us. To this, Gilbert says there are two options. We can deny their request and the idea will simply move on and find someone willing to see it through. Somewhere in the book, Gilbert presents a story where she had given up on a very specific story that took place in (what I think was) the Amazon rainforest, only to later meet another author who ended up having the exact same idea. The names of characters were different, but even the smallest plot details were the same.

This is the price for letting ideas from your grasp.

However, if you say yes to working with an idea, a whole new world of opportunities come out of it. This is when the inspired work happens, when your own abilities combine with the idea spirit’s inspiration to make something incredible.

When you treat ideas as spirits, living things you work with, not on or against, they’ll make your work come alive.

2. You are not the work you produce

Eudaimonia is a word I had come across, but never fully understood until viewed through Gilbert’s lens. She explains that ancient Greeks and Romans also believed in creative spirits, daemons, and that those able to live a life of eudaimonia, flourishing, as modern dictionaries now define the term, were well daemoned.

They were convinced that the inability to produce good work was never the fault of the creator. If someone prolific couldn’t produce work for any period of time it was because their genius wasn’t with them that day. So what? Try again tomorrow. Maybe those spirits will return. Rinse and repeat.

How wonderful is that? By making this separation between the art and the artist, I realized that having this breathing room is an especially healthy and helpful mindset to carry into the everyday fast pace of the digital world.

Now, Gilbert also explores another way to entice idea spirits, daemons, or any other label that fits. Her bottom line: if you look the part, you’ll find it easier to act the part. This constitutes itself as two parts, in how you dress and in how you feng shui your environment.

After taking stock and realizing the majority of my work was done in sub-Big Magical conditions, I found that Mari Kondo-ing the shit out of my room has done amazing things for the quantity and quality of my output. I can’t yet be bothered to dress up for a day at my desk, but should I hit a major block anytime soon I’ll be sure to give it a whirl.

The most daunting part of this book comes near the end, when Gilbert recounts an interaction between an audience member at one of her book signings. An older gentleman, he explained that all his life he has written in many of the same ways Elizabeth Gilbert had, only without any success.

He was convinced he had been robbed of the luxuries of the lifestyle. And maybe he had been.

But all Elizabeth Gilbert said to him was that it might be time to move on. Even if this man’s passion still burned hot as it ever had in his prime, if his writing wasn’t rewarding him with the life he wanted to live, he shouldn’t prolong his suffering by trying to write.

Although an extreme example, I feel like including this anecdote presents her readers with a very real possibility of attempting to make something of your creativity. Here, the lesson lies in how you want to live. This man might have convinced himself that he wanted a writer’s luxuries, international book deals, perhaps being a panelist at annual conventions, and other similar happenings.

He obviously didn’t write for the sake of writing, or at least not anymore. But Gilbert made sure there was no shame in that. As we get older, our thoughts and opinions about how we think the world works and how we should live within it changes. Our creativity is allowed to change with us. For now, we could all take great pride in our writing on Medium until one day we realize our efforts are better used for script writing, or a more proper form of journalism. Or something different entirely.

Not being everything you wanted to be is a fear we all share. But it also seems unfair to hold ourselves to standards we might’ve once believed in, before we lived and learned a little more about what we really need to live meaningfully in the present.

Disclaimer: This story was originally published on Medium.

Here’s a link to the original version: https://medium.com/@justinkboyette/the-1-book-on-creativity-ive-recommended-100-times-24ef43ace5c4

W﻿riting about learning, organization, and erudition.

More stories from Justin Boyette and writers in Journal and other communities.