Taking Vocal from A to A+

6 features to make it stand out 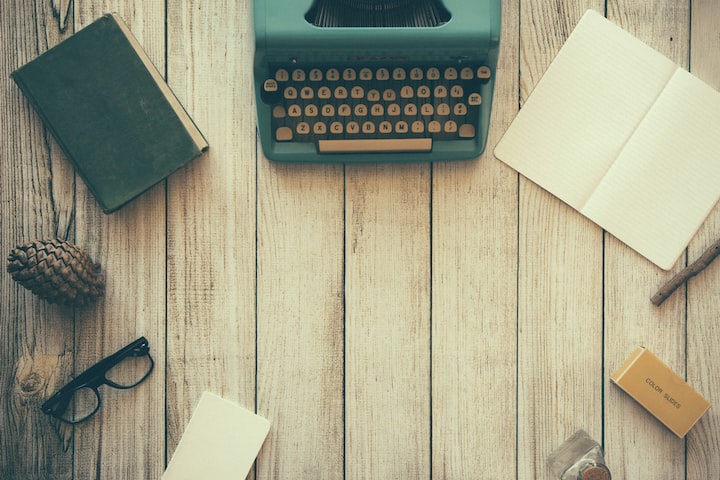 Photo by RetroSupply on Unsplash

Vocal is a wonderful tool that allows writers of all backgrounds and skill levels to express their creativity through written words and get compensated for it. Established in 2016, there are now over 75,000 authors publishing around 300 stories a day. They host many contests, one of which was the Little Black Book challenge which received over 12,000 entries and had a grand prize of $20,000! Needless to say, the platform has a decent following, so they’re definitely doing something right. That being said, improvements can always be made. Here are 6 different ideas that would make Vocal even better.

Ability to leave comments on others’ stories

I can guarantee I’m not the only one that’s thought this, but it would be very nice for other creators and even those who don’t write to be able to leave comments on your content. How do we accomplish this? I say that an active button labeled ‘comment’ should be programmed to appear right next to where you can leave a tip. A pop-up box would allow you to leave a comment (with a character limit in order to minimize dragging on forever). Once clicking submit, there should be a message saying “Our team of moderators will review your comment shortly before it can be posted”. The comment could then go to the desk of a moderator so as to not allow spam or hate speech.

Now this would mean Vocal has to enlist the help of more moderators, but I think that this could easily be done with the popularity the site has and will continue to gain. What are the benefits of a feature like this? Not only will it increase engagement with the site and peoples’ content, it will also allow for those to improve on their work with critiques and feeling encouraged by compliments.

Think of any social network. If you like what someone posts, you usually follow them. This allows you to easily stay updated on their new content. If Vocal implemented this, it would allow for the fans of the creators to instantly know when their favorite writer has shared something new. It would increase engagement and site traffic for sure, but also foster a sense of community which is definitely something that's nice to have during a pandemic.

Perhaps you would have to gage the interest level on this by surveying the creators, but workshops on different skills and ideas should be hosted by either members of the vocal team themselves or well-known creators. Workshops could be on many different topics such as: how to find inspiration, overcoming writer’s block, and any other topics of interest pertaining to the world of writing. These types of events could perhaps be hosted externally on a platform such as Zoom, or even streaming live videos on Facebook. The benefits would be engagement and providing skills which are assets to improving one's writing.

Along with offering workshops, I feel a list of writing prompts for each individual community should be provided in a separate tab next to communities. This would help overcome writer’s block for those who know a category they want to write for, but aren’t exactly sure what to talk about.

Almost every social media platform has this: telling you what you might like based upon what you already like. Hulu does it, Netflix does it, and Vocal should do it too! This would allow creators who don’t have a large following to possibly increase it by directing people to their author pages via an algorithm that determines what someone might like based upon what the system already knows. I feel like this would also allow readers to expand their taste and discover new topics while also increasing site traffic and engagement with the creators. It’s like trying food, you never know if it’s good or not unless you try it!

What do we have so far that tells us whether or not our content is any good? You can leave tips but not many people seem to really do that. You can leave a heart but for all you know someone could have clicked that by accident. Adding the ‘leave a comment’ feature I mentioned earlier would help, but another helpful thing would be if when you get the ‘your story is approved’ email, that moderators would leave either positive or negative critiques for you at the bottom of that email. This would increase engagement between the Vocal team and its creators, something I don’t feel like I see much of.

They don’t even have to be very long critiques either! They could be short sentences, saying “hey nice title” or “please watch carefully for spelling errors”. Even this would be very helpful as even the best writers are prone to making mistakes every now and again. And for the seasoned writers, it’s nice to hear some encouragement now and again. It makes us feel like we know what we are doing. I understand the implications of this would mean increased wait times for story approval, but typing a single sentence with a positive or negative critique wouldn’t be any more than a few minute’s worth of effort.

This idea came to me after I had received an email saying one of my stories was rejected for copyright images. This was an honest mistake I had made, and fortunately I found the error fairly quickly and fixed it, but that work could have been eliminated if Vocal had simply told me what precisely I had done wrong. The email looked as if someone had simply selected in a checkbox the error I had made, rather than allowing them to explain the error I made in detail. I feel that further clarity in these rejection emails would foster a sense of trust between creators and moderators as it would let us know that hey there really is a human behind the screen that looks through and sees all of the content rather than just clicking buttons.

With all of these suggestions in mind, I do want to take a second and personally thank the Vocal team for what they do: allowing us to freely and openly express our creativity. The site is continuing to grow and will continue to do so for years to come. I strongly feel that these suggestions would not only help the site to grow, but also increase the chances of retaining creators. It has already inspired communities outside of the Vocal platform, but if a sense of community was nurtured even more within the Vocal website itself, it would no doubt be an unstoppable force in the world of writing.

list
Grace Linn
Read next: Why Denny's Is the Perfect Starter Job for a Cook
Grace Linn