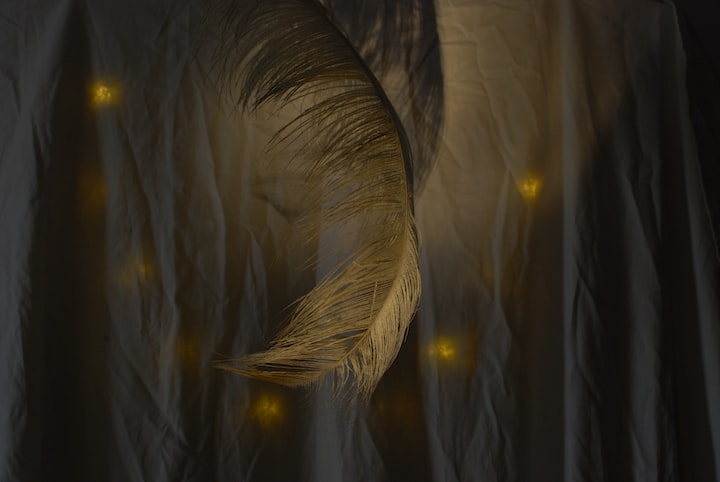 Photo by Tina Bach on Unsplash

Gone with the Wind has definitely gone out of vogue lately as it will soon be added to several lists of banned books, but before that, let's talk about Scarlett O'Hara and explore the idea that she was autistic before her time.

If you are unfamiliar, the three rings of autism are obsession, repetition, and misinterpretation of social cues. We're going to discuss them in reverse order. Let's begin.

Scarlet O'Hara was sent to finishing school where she was taught the rules of polite southern society. The truth is that she may not have been interested in much else except how to secure the attention of a young man and people with autism need to be taught what is expected of them socially. She liked romantic relationships and latched onto them as a methodology to help her get what she wanted.

However, even though Scarlett can flutter her eyelashes at every man she meets, she does things that are not socially acceptable at every turn even before her world catches fire. She wears the wrong dress to the BBQ because she knows that the low neckline will give her an added edge with the men. She doesn't care that it simultaneously infuriates the females. She's good at ignoring social cues, so the ladies' discomfort is of little concern to her. She was going to eat at the BBQ (amateur error), and only doesn't because Mammy scolds her using Ashley as the whipping stick (what gentlemen say and what they think are two different things, and Ashley hasn't asked to marry her). At the BBQ, Scarlett sneaks out of nap time, not caring who finds her.

Stepped back a bit, at the beginning of the BBQ when Melanie compliments her, Scarlett thinks she is insincere and calls her out on it. Melanie is sincere but Scarlett doesn't know the difference. What she knows is that women are cold to her and so why would Melanie be any different? It's also easy for Scarlett to believe because Scarlett doesn't like her.

When we get to the part where Scarlett gets Ashley alone in the library, she knows that he is attracted to her. She doesn't know much about a larger range of human emotions, but she's not wrong about him. He's attracted to her. He's just too much of a gentleman to explain his feelings to her because it would sound something like this:

"Scarlett, you are the most beautiful creature, like a long twisting snake with green eyes and black diamonds down your back. When I look into your eyes, I feel hypnotized, like I could forget who I am and what I stand for. In the next moment, I'm undoing your dress, unbuckling my pants, and having every bit of the fun your eyes promise. It's a seductive thought. If I let myself think it for too long, I feel everything I love about myself being devoured by you. I lose my honor, my nobility, and all the good that I dream of standing for. If I fell into that trap I would doom both of us for when I listen to you talk, Scarlett, all I hear is the meaningless hissing of a snake. After my trousers were pulled back up, after your dress was put back on, the only thing that would be left for us would be for me to rip them off again. I do not foresee liking myself that way or loving you the way I believe a woman deserves to be loved by her husband. Yes, I'm attracted to you and because of what I believe about myself I would rather call it love than lust, but I betray myself whenever I look at you that way. I don't want to marry you. I would rather never look at you again."

Anyone familiar with the time period would have justifiable concerns that Ashley would hurl himself into a land mine of trouble being that frank. He could end up married to Scarlett for honor's sake, speaking to a southern belle about ripping her clothes off (regardless of the context), or in a duel with her father over her honor. The time period discouraged honesty. Besides, he thought he had nothing to worry about. He was going to marry Melanie. What could be more definitive than him being married to someone else? He didn't count on the next problem with autism.

As Scarlett was not given an answer she found satisfying, she begins to obsess over him (if she wasn't already) in a misplaced bid to continue their relationship without him as best she can. The best place to obsess over her obsession is to move in with her sister-in-law, Ashley's wife, Melanie.

There are many things that happen in the book during this time period, but the thing that illustrates my point the nicest is that Scarlett repeatedly sneaks into Melanie's room and reads the letters that Ashley sends to Melanie. Scarlett reads them and she is bored out of her mind. Ashley is writing to Melanie about the war, about what he feels about what is happening to him as he is willing to share his troubles with her. When Scarlett reads the letters, she has no idea what he's talking about and she doesn't understand why he isn't obsessing over Melanie with a letter full of 'I love you. I miss you. You are at the very core of my heart!' It serves as further proof to her that he doesn't really love Melanie because when Scarlett feels love it swings a lot closer to obsession. It fills up every crack in thought, every moment of repose, causes bones to melt, and hearts to pound.

This is exactly why Rhett falls in love with Scarlett. He'd had quite a collection of romantic interests over the years (he is a lot older than Scarlett) and I'm willing to bet he never had a proper Southern Belle pull him to a library and confess to a passionate love for him. Rhett was swept away by proxy as he was hiding on the other side of the room. His desire to have Scarlett's obsessive love geared toward him triggered his own obsessive tendencies. Let's not forget how often Rhett tells Scarlett that they are alike, so let's not dismiss the idea that Rhett is also on the spectrum. She tells him over and over again that she's only interested in Ashley and Rhett storms off over and over, only to come back because our little Scarlett snake certainly bit someone. Later, Belle tells Rhett he's poisoned with her. That was the author's way of describing Rhett's obsession with Scarlett.

Scarlett displays her repetitive tendencies in a few ways. One is the way she repeatedly picks up little boyfriends wherever she goes. She enjoys the opening act of a love affair and garners tons of male attention before she's married, again when she's in Atlanta, and she's most displeased by how the war and the hundreds of dead men (sometimes on her doorstep) are spoiling her fun.

She also displays her strength for tolerating repetition in the way she handles Frank's business when she takes over. She's good at running figures and she never gets tired of it. With a constant influx of data, she becomes much better at running his business than he was.

However, the ways that an ASD person shows her favor of going through the same actions over and over again can be hard to show in a book. It's easier to see when watching someone sew, doing the same stitches over and over again. The author mentions Scarlett knitting bandages, playing the piano, going over numbers, and never learning new tricks on how to win over a man because the old tricks work just fine.

The Grand Misunderstanding of the Book

Many people think that the book is about Rhett, Ashley, and Scarlett in this tragic love triangle. What a shame it is that Scarlett only figures out what Ashley had on his mind during the very last day of the book when Melanie is dying, and when Rhett is leaving her. The reader wants Scarlett and Rhett to be together to satisfy the dream of Rhett's deep longing for Scarlett's love, and for Scarlett to finally love someone who will love her back. The ending seems unhappy because there does not seem to be a logical path for Rhett and Scarlett to take in order to give the audience that happily-ever-after they crave.

Let's not forget two things about their marriage. They lost a child together. A lot of marriages do not survive that. It's a marriage killer. Secondly, Scarlett fell down the stairs when she and Rhett were fighting when she was pregnant. She lost the baby. These incidents end marriages, even when no one would get a divorce because of the shame. The book is not supposed to end happily.

Also, if you go over the book page for page, Scarlett spends most of the book with Melanie. Melanie loves and defends Scarlett the entire book and Scarlett misses it, misinterpreting Melanie at every step. Scarlett thinks Melanie doesn't know that Ashley is attracted to her or that she is (obsessing) in love with him. Melanie knows. She gets it. As a matter of fact, she gets it much better than Scarlett does and she is less embarrassed by it than Ashley. That is why Ashley chose to marry Melanie. He knew that she was capable of forgiving his faults when he wasn't able to perfectly overcome them. He had to be an honorable man to the rest of the world, but he could just be himself when he was with her. And so could Scarlett have been.

However, we can all enjoy things on different levels. So, for the you who want a happy ending, there's this:

"Frankly, my dear," Rhett says with his hat tipped toward one eye. "I can't be bothered with that right now. You and Ashley holding each other was more than I could stand to watch. I'll come back in a month. If you want a divorce, you need only ask, and if you want to get back together with me, I'm going to need to see something to show your determination."

"You're going to have to figure that out," he says flatly before he disappears into the fog.

With that, Scarlett has her epiphany, returns to Tara, and devises a way to show Rhett what she can accomplish once she decides to obsess over it.