A Look at Historically Horrible Reviews 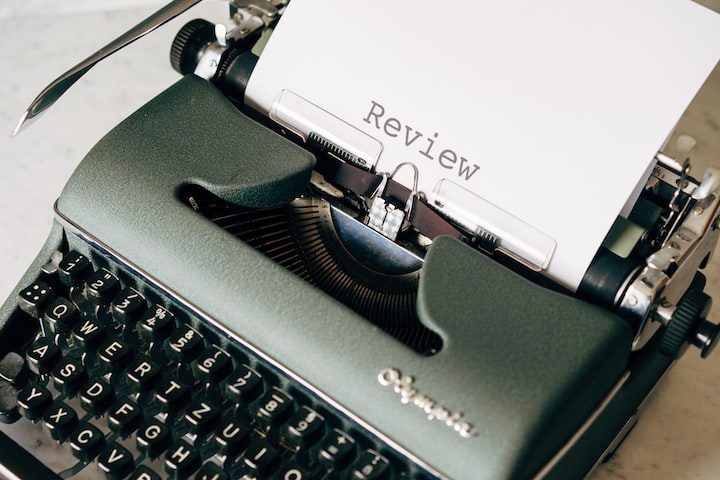 I started my blog, The Writer’s Scrap Bin, to provide support to fellow writers, whether they are aspiring or well established, and build a community of writers that build each other up, not tear each other down. I’ve just never understood why we can’t help each other. We all have our own genres, styles, and niches, so why can’t we share readers and rejoice in each other’s success? Unfortunately, not all writers think that way, and not just in modern times. We’ve been jerks to each other for quite a while. The proof is in Pushcart’s Complete Rotten Reviews & Rejections.

Essentially, this book is a collection of famous writers’ worst–and most hilarious–reviews and rejections. It’s meant to show writers that even the best in our trade get rejected and reviewed poorly so that they don’t get discouraged. To me, it’s quite an entertaining read. Among the reviews from famous publications and rejections from well-known publishers are remarks on certain works and their authors from an unexpected source: fellow writers. Whether in letters, diary entries, or published reviews, it seems that writers have always loved to take the opportunity to tear each other down. A few stuck out to me strongly, and you’d be surprised as to the perpetrators of these rather scathing comments:

--Aristophanes on Euripides in The Thesmophoriazusae, circa 411 B.C.E.

First, I want to point out the date of that quote: 411 B.C.E. Yes, writers were ripping into each other even in Classical Greece. In this case, it was a younger playwright accusing one of his older contemporaries of being a “maker of ragamuffin manikins.” (That’s too funny, I just can’t get past it.) But where did such critiques get Aristophanes? Well, both are arguably still well-known, with Aristophanes called “The Father of Comedy” and “The Ancient Prince of Comedy” and Euripides considered one of the most prominent Ancient Greek tragedians who influenced the likes of William Shakespeare and George Bernard Shaw. Still, it’s worth noting that I had at least heard of Euripides before reading this book. Aristophanes, not so much.

Whitman, like a large shaggy dog, just unchained, scouring the beaches of the world and baying at the moon.

Walt Whitman certainly took it in the shorts, even from fellow writers. Frankly, I’m not sure what to make of him being compared to an unleashed dog gone wild. Personally, I would take it as a compliment, considering dogs are among some of the best animals in the world, but I severely doubt that Robert Louis Stevenson meant it like that. In case you don’t recognize the name, Robert Louis Stevenson was the author of both Treasure Island and The Strange Case of Dr. Jekyll and Mr. Hyde–an odd combination if I’ve ever seen one. He was also a poet with one of his most favorite collections being A Children’s Garden of Verses. Still, odds are that more people have heard of Whitman’s poetry than Stevenson’s.

It’s a shame you never knew her before she went to pot. You know a funny thing, she never could write dialogue. It was terrible. She learned how to do it from my stuff…She could never forgive learning that and she was afraid people would notice it, where she’d learned it, so she had to attack me. It’s a funny racket, really. But I swear she was damned nice before she got ambitions.

--Ernest Hemingway on Gertrude Stein in Green Hills of Africa, 1935

Ernest Hemingway, he was…quite the character. I won’t lie, my feelings about him are mixed at best. Was he a great writer? Absolutely. His mastery of minimalism and subtext is beyond compare. In fact, he’s my go-to for examples on how to utilize subtext in dialogue. He was also courageous and a real man’s man. Still, there is a strong argument–accompanied by a strong counterargument–that he was misogynistic. There’s no clear-cut answer to that, especially when you look at both his works and his personal life. His remarks on Gertrude Stein here really do not help the argument against him being misogynistic. To me, it seems like the knee-jerk reaction of someone who was butt-hurt that someone–a woman, no less–dared to criticize him. Writers aren’t the best when it comes to handling criticism, so it’s not surprising. It’s just rather unprofessional to attack another writer personally and in their art as a result.

It is of course a commonplace that Hemingway lacks the serene confidence that he is a full-sized man.

For all that Hemingway dished out, he took more than a few gut-punches himself. Even when it’s not about a legendary “macho” man like Hemingway, comments like this one are both hilarious and incredibly cringe-worthy. Max Eastman was a lot of things–prominent political activist, poet, writer on literature, philosophy, and society–but he’s nowhere near as well known today as Ernest Hemingway. Still, such a personal attack on a fellow writer seems rather unnecessary. Of course, Eastman was also a staunch supporter of the Women’s Rights Movement and a founding member of Men’s League for Women’s Suffrage, so perhaps Hemingway’s possible-but-not-proven misogyny caused some tension between them.

It’s a sad truth: writers have always attacked each other, and it will continue for the foreseeable future. Sometimes, the cause will be a dislike or disapproval of each other’s work. Other times, it’ll result from political, theological, philosophical, social, or economic disagreements. Real and imagined slights, jealousy, misunderstandings–a lot of things, both major and minor, could make writers lash out at each other. Then there are those jerks who just can’t keep their opinions to themselves when they hate each other.

Whatever the reason, tearing each other down does not help anyone. At best, you’ll go down in history as one of the literary world’s biggest a-holes. At worst, it could destroy your own career. As funny as many of these rotten reviews from rotten writers are, they are still toxic. Read them, laugh at them, but also learn from them. Do you want to be featured in one of Pushcart’s future editions of this book as the rotten reviewer? Or would you rather build up fellow writers and, maybe, grow your friend circle and fan base along the way?

This article is a modified version of a post from my blog, The Writer's Scrap Bin. You can read the original version here.

With a BA in English and MSc in Creative Writing, writing is my life. I have edited and beta read as a freelancer for a few years with some published stories and poems of my own. You can learn more about me at thewritersscrapbin.com.

More stories from Stephanie Hoogstad and writers in Journal and other communities.