by cdenis17 3 months ago in economy
Report Story 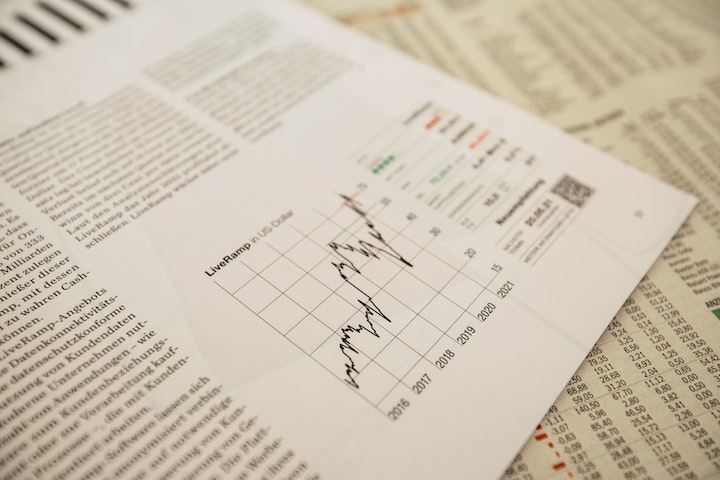 A market maker or liquidity provider is a company or an individual that quotes both a buy and a sell price in a tradable asset held in inventory, hoping to make a profit on the bid–ask spread, or turn. The function of a market maker is to help limit price variation (volatility) by setting a limited trading price range for the assets being traded. In U.S. markets, the U.S.

Securities and Exchange Commission defines a "market maker" as a firm that stands ready to buy and sell stock on a regular and continuous basis at a publicly quoted price. A Designated Primary Market Maker (DPM) is a specialized market maker approved by an exchange to guarantee that they will take a position in a particular assigned security, option, or option index.

Most foreign exchange trading firms are market makers, as are many banks. The foreign exchange market maker both buys foreign currency from clients and then sells it to other clients. They derive income from the price differentials on such trades, as well as for the service of providing liquidity, reducing transaction costs, and facilitating trade.

Market makers that stand ready to buy and sell stocks listed on an exchange, such as the New York Stock Exchange (NYSE) or the London Stock Exchange (LSE), are called "third market makers". Most stock exchanges operate on a "matched bargain" or "order driven" basis. When a buyer's bid price meets a seller's offer price or vice versa, the stock exchange's matching system decides that a deal has been executed. In such a system, there may be no designated or official market makers, but market makers nevertheless exist. As of October 2008, there were over two thousand market makers in the United States, and over a hundred in Canada.

In the United States, the New York Stock Exchange and American Stock Exchange (AMEX), among others, have designated market makers, formerly known as "specialists", who act as the official market maker for a given security. The market makers provide a required amount of liquidity to the security's market, and take the other side of trades when there are short-term buy-and-sell-side imbalances in customer orders. In return, the specialist is granted various informational and trade execution advantages.

Other U.S. exchanges, most prominently the NASDAQ stock exchange, employ several competing official market makers in a security. These market makers are required to maintain two-sided markets during exchange hours and are obligated to buy and sell at their displayed bids and offers. They typically do not receive the trading advantages a specialist does, but they do get some, such as the ability to naked short a stock, i.e., selling it without borrowing it. In most situations, only official market makers are permitted to engage in naked shorting. Changes to the rules in the 2000s and 2010s have explicitly banned naked shorting by options market makers.

In liquid markets like the New York Stock Exchange, nearly every asset has open interest, providing two benefits: price takers can buy or sell at any time, and observers can continually monitor a precise price of every asset.

A prediction market, or market explicitly designed to uncover the value of an asset, relies heavily on continual price discovery holding true. Prediction markets benefit from automated market makers, or algorithmic traders that maintain constant open interest, providing needed liquidity to the markets that would be difficult to provide naturally.

On the London Stock Exchange there are official market makers for many securities. Some of the LSE's member firms take on the obligation of always making a two-way price in each of the stocks in which they make markets. Their prices are the ones displayed on the Stock Exchange Automated Quotation (SEAQ) system and it is they who generally deal with brokers buying or selling stock on behalf of clients.

Proponents of the official market making system claim market makers add to the liquidity and depth of the market by taking a short or long position for a time, thus assuming some risk in return for the chance of a small profit. On the LSE, one can always buy and sell stock: each stock always has at least two market makers and they are obliged to deal.

In contrast, on smaller, order-driven markets such as the JSE Securities Exchange it can be difficult to determine the buying and selling prices of even a small block of stocks that lack a clear and immediate market value because there are often no buyers or sellers on the order board.

Unofficial market makers are free to operate on order driven markets or, indeed, on the LSE. They do not have the obligation to always be making a two-way price, but they do not have the advantage that everyone must deal with them either.

Prior to the Big Bang, jobbers had exclusive rights of market making on the LSE.

The Frankfurt Stock Exchange (FWB) runs a system of market makers appointed by the listed companies. These are called "designated sponsors". Designated Sponsors secure higher liquidity by quoting binding prices for buying and selling the shares. The largest market maker by number of mandates in Germany is ODDO BHF Corporates & Markets AG.

More stories from cdenis17 and writers in Journal and other communities.