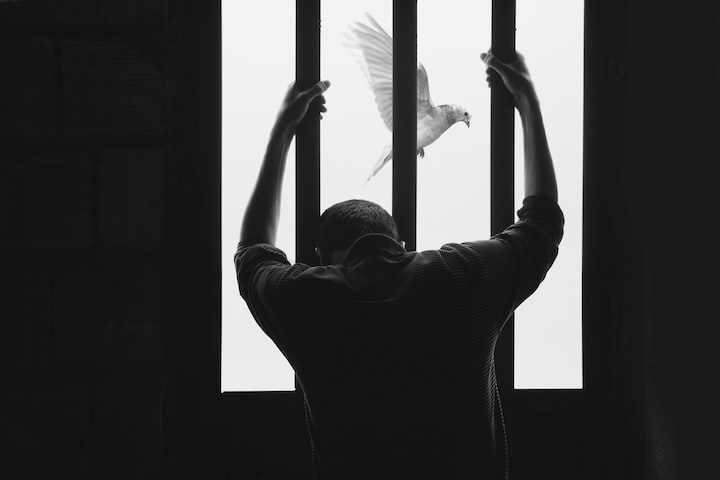 Last week Florida Governor Ron DeSantis unveiled the work of his newest project, the Office of Election Crimes and Security. He announced that the state of Florida was in the process of arresting twenty ex-felons for voting illegally in the 2020 Election. This will be the first wave of arrests related to voter fraud.

It used to be illegal for convicted felons to vote in Florida, as it is in several different states across the country. Florida is one of nine states in which felons can permanently lose their right to vote. Only Vermont, Maine, and Washington D.C. have no restrictions on voting rights and allow inmates to vote from prison. In Florida, 10% of the adult population is prohibited from voting because of their felony convictions.

Whether or not you believe that inmates voting from prison goes too far, I think most can agree that once offenders complete their sentences and are released back into society, they should be allowed to vote like any other American citizen.

In 2018, Florida voters passed Amendment 4, which created a process in which most felons can get their voting rights restored. Some severe and violent crimes, such as murder or felony sexual assault, were completely excluded.

For all other Florida felons, they can restore their voting rights after they fulfill ALL of the conditions of their sentence. This includes serving their prison or jail sentence, completing their parole and/or probation, and paying in full all fines, fees, court costs, and restitution related to their case.

As an alternative, felons can apply to the State Clemency Board to restore their right to vote. If the person was convicted of a felony in a different state, they only lose their voting rights in Florida if they would have lost their voting rights in the state in which the felony was committed. Misdemeanor charges do not prohibit the individual from voting.

Once felons have satisfied all of the requirements of their sentences, they can go in front of the State Clemency Board, which consists of the Governor and other Cabinet members. Here, the individual must plead their case to the Board, describing how they have been rehabilitated.

The problem is that there are no set standards for the Board to decide who gets their rights restored and who doesn’t. The process is completely subjective. This leads to a lot of messy situations in which people may walk away from the Board feeling that they weren’t treated fairly. If that happens, there’s no accountability for the Board.

In one hearing in 2016, then-Governor Rick Scott tried to explain to a felon why he would not be approving his application to restore his voting rights: “Clemency is — there’s no standard,” Scott said. “We can do whatever we want. But it’s … tied to remorse. And … understanding that we all want to live in a law-abiding society.”

Jon Sherman with the Fair Elections Legal Network explains why Florida’s process is undesirable and needs reform. He believes that the arbitrary way in which Florida restores voting rights goes against the U.S. Constitution. Sherman states that the process is unfair, inconsistent, and takes ridiculously long for people to be seen by the Board. Some people have waited as long as ten years between their application and their hearing in front of the Board. Because of this, many people feel like it’s not even worth it to try restoring their voting rights. Felons should not have to jump through so many hoops to be able to vote again.

One Florida woman, Yraida Guanipa, spent eleven years in prison on drug trafficking charges before she was released on probation in 2007. Since that time, she went back to college, earned a bachelor’s and a master’s degree, and opened a business in Miami. Her probation ended in 2012, but Florida’s law forces Guanipa to wait seven years before she can even apply to restore her voting rights. After that, she still has to wait however long it will take to get through the backlog of other felons waiting to have rights restored. It’s a daunting process.

The law in PA used to say that felons could not register to vote for five years after release from prison. That law was struck down by the Commonwealth Court of Pennsylvania on December 26, 2000. This allowed felons to vote as soon as they left prison or the halfway house or community correctional facility to which they were sentenced.

Felons cannot register to vote from prison and although those with misdemeanors can register and vote from prison. Those convicted of violating any provision of the Pennsylvania Election Code cannot vote for four years.

I was not political until I went to prison and realized how corrupt and backward the system is. I didn’t care to vote when I turned 18, nor did I know anything about politics at that point in my life. It was the trauma of being arrested, convicted, and incarcerated that opened my eyes to what was happening in our country.

I left prison for the last time in December of 2008, right after Barack Obama’s historic election win. I obtained an application to vote. As I was filling out the application, I saw that it contained a notice. It said that felons who haven’t been out of prison for their last felony charge for five years weren’t eligible to vote.

In 2008, I had only done a month for a probation violation and a misdemeanor paraphernalia charge. It was dropped to a summary offense at my preliminary hearing, so my probation officer let me out of prison. The last time I had done time for a felony offense was in April of 2007. Because of this notice, I wrongly believed that I had to wait until after April of 2012 to vote.

I don’t remember where I received the voting application, but it was clearly extremely old, considering that the law mandating this was overturned in 2000. It was inexcusable for any Pennsylvania facility or organization to have been giving out voter applications with eight-year-old information. I suspect I was the victim of voter suppression tactics.

I waited five years, because I didn’t know any better, and voted for President Barack Obama in my very first election to help him beat Mitt Romney.

﻿It’s senseless to me that states take away a precious right, such as voting, when someone breaks the law in an unrelated matter. I think certain Republican politicians push these laws because they disenfranchise minorities and other communities more likely to vote for Democrats.

My own father, a longtime Republican, once said that people like me shouldn’t be able to vote, suggesting that I don’t have the moral fortitude to help decide who should hold the highest office in the land.

As Roger Clegg, president of the conservative advocacy group Center for Equal Opportunity, explains, “If you aren’t willing to follow the law, you can’t claim the right to make the law for everyone else.”

The U.S. Supreme Court has already decided that certain sections of the 14th Amendment make it constitutionally sound to disenfranchise felon voters. But voting is a civil right that people hold dear. There may be more important reasons to restore felons’ voting rights.

Voting makes people feel a part of something larger than themselves. A study done by the liberal advocacy group, Sentencing Project, tracked felons who were released from prison from 1997 to 2000. The study concluded that those who voted were less than half as likely to be rearrested than those who didn’t or couldn’t.

The laws prohibiting felons to vote also have racist roots. In 1800, there were no such laws on the books. Leading up to the Civil War, 80% of states adopted these laws, mainly to keep African Americans from voting, although they rarely were allowed anyway. These laws disproportionately affect minorities and the poor.

Felons who have been released from prison have largely served their punishment for breaking the law. As a society, we need to champion second chances. As for voting, we’re lucky if we get 40% of the population to vote. Shouldn’t we be encouraging more people to vote than making it harder to do so?

It makes sense to encourage felons to be a part of their community, to do their civic duty, and to get to the voting booth in every election. Allowing felons their voting rights says, “you are still a valued member of our society.” It’s time to change these draconian laws and push for engagement in the electoral process.

More stories from Monica Leigh French and writers in Journal and other communities.