by Frank Shaw about a year ago in humanity

Breaking Down and Carrying On. 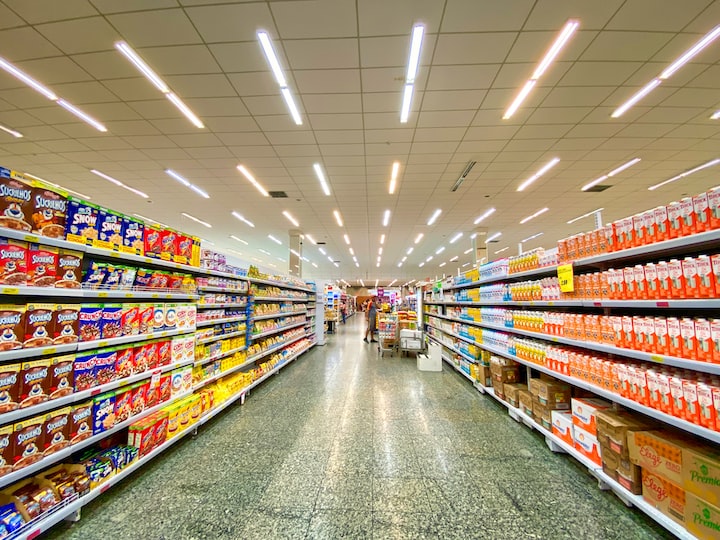 Photo by Nathália Rosa on Unsplash

tahCovid-19 hit like a brick shattering a pane-glass window here in my little Utah town; suddenly and destructively. I work at a grocery store where my duties are fairly expansive, but my primary responsibility is overseeing the store's online shopping: I am essentially a personal shopper and delivery driver with the title of manager. My job does see me at other tasks: creating signage for the stores digital billboard, submitting changes for the weekly ad and writing emails for deals and events. Thursdays are one of two days I'm given each week to focus on these other tasks, I have another person overseeing the orders and I focus on office tasks. Thursday March 12th started as any other Thursday.

I arrived early to meet with each manager and go over items they'd like changed in the ad that I was working on that week. The store itself was a bit busier than normal, and by 11:00 a.m. it was bustling. There was a sense of unease in the air. The store director mentioned that Utah's Governor Herbert was giving a press conference at noon to address the states response to the Corona-Virus, and then madness ensued.

My normal 8 hour day extended to 12 hours. I was inundated with orders, and it was all hands on deck at the registers. The store director asked for me to open up more slots for curbside pick up and delivery, and obliged him. The day was exhausting, but didn't hold a candle to the next two days. Friday I had one helper pulled, but soon recruited two more to help keep caught up. We ran through the store trying to fill each order at the time scheduled and to make sure the delivery driver was getting out the door in time for his next delivery. It was rough, we were running out of things, but freight would be in that evening and while we'd still be busy, we'd be able to fill the orders as expected. We were naive.

We received a huge order that Friday, but things were already running out, toilet paper, cleaning supplies, canned goods. We had another marathon day Saturday, but instead of filling orders I spent a majority of my time calling customers to inform them that most of what they ordered would be unavailable. Then Monday hit. We called customers to ask them if we could hold their orders till Tuesday. Then Tuesday came and we had only received an eighth of our shipment the day before. I called. I cancelled orders. Still we broke records.

I take a certain amount of pride in my work. We're a small town grocery store and one way I hope to distinguish our service, and the way we set ourselves apart, is our customer service. I contact the customers and get their input on items that are out of stock and substitutions. There is the occasional customer that finds it to be a hassle, but they are a small minority. Most appreciate the care we give. Having to call a customer to inform them that we have almost none of the items available on the order they submitted three days previous is heart breaking. Especially when it's a staple like flour, yeast or eggs. By the Saturday after the Governor's announcement I found myself having a mental breakdown in the dairy cooler. I'd pace and breath deeply trying to calm myself down so I could go back out and start again. I found myself back there nearly every day for the next month. Just trying to calm down so I could work.

It's been just over 3 month since that day. The shelves aren't quite empty any more, though they are not full. The amount of online orders the store receives has decreased, though it's still considerably busier than it was a year ago. And Utah has more cases of Covid-19 per day than it did 2 months ago and that number continues to climb. I still go into work each day, though now I wear a mask while picking orders and on deliveries. I feel anxiety each work night wondering if the next day is going to be the day that breaks me, or infects me. The customers don't seem to care any more. Some of my co-workers, no, most of my co-workers don't. But I do. I care about the orders. I care about getting sick. I still go in the cooler sometimes to breath and calm myself down.

humanity
Frank Shaw
Read next: Why Denny's Is the Perfect Starter Job for a Cook
Frank Shaw

I work. I podcast. I write. I game. I hang out with my lady and our dogs. Sometimes I create music. I'm in my 40's in I still don't know what I am in life.

See all posts by Frank Shaw →