How VOCAL Turned Me into a Gambler

MC
by Maria Calderoni 23 days ago in product review

Have you also fallen under the Vocal spell? 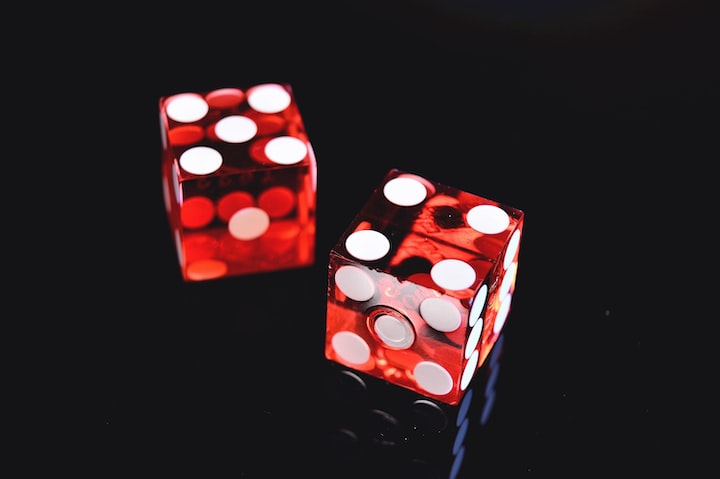 Photo by Jonathan Petersson on Unsplash

From a sane, mature, mother of five to an obsessive maniac walking around mumbling to myself and imagining the winning story for the next challenge.

“Vocal, you’ve taken over my life!”

I had recently received some devastating financial news, when I happened upon a Facebook ad for a writing contest. The prize was $20,000 and while it seemed like a long shot, it gave me pause. Between trying to reconcile the emotional side of my financial loss and wracking my brain on how to come up with the money I had been counting on to repair my house, I kept scrolling past this stupid ad for $20,000.

You’re a half decent writer, I would remind myself, keep scrolling, if it’s too good to be true…..

Finally one day, it grabbed me. I just couldn’t scroll by another time. I had to see what the catch was.

That fateful click led me to the Little Black Book Challenge. I was intrigued. The prompt was simple enough. I have quite a fanciful mind…. But I didn’t even need to access my imagination for this prompt. I knew immediately which story would surely win this contest.

Just a few weeks prior, in the throes of anger and depression over being abandoned by my brothers when they kept the money from the sale of our late parent’s home, I had been so devastated I couldn’t even journal. In an attempt to make some sense out of it and to move towards inner peace I wrote a third person account of the situation. How amazing would it be if I turned this into my Little Black Book piece and won the $20,000? Sweet poetic justice.

My original story was just over 3000 words and it took me several weeks to wheedle it down to only 2000 while including the Little Black Book and a windfall of $20,000. Writing this story and feeling the emotion of both the real life portions of it as well as my additional touching ending was quite intense. I read it over no less than 27 times trying to get it just right. (And to get the word count to exactly 2000 words!) Here is my entry if you're interested:

The catch, which I did discover upon that first enticing click, was that I had to sign up for the Plus membership. Well, let me stop for a moment and say, “I don’t do memberships.” I am a widow on a very tight budget. $10 a month is a noticeable expenditure. Luckily, Vocal had planned for this and I was offered the first 3 months for only $4.99 each. My honesty compels me to confess, I left and revisited the site repeatedly before finally succumbing to the irresistible offer. I mean, $4.99 a month was nothing compared to the possibility of $20,000.

Let the record state that I am lucid and practical enough to realize the chance of my actually winning the contest was miniscule at best and a tremendous gamble at worst. But, I allowed myself the luxury of dreaming, just a tiny bit.

After one final read, I submitted the winning entry, or so my crossed fingers and fervent prayers hoped, the day before the deadline.

And this is when the addiction began to take over my life.

I couldn’t stay out of my inbox. It took 6 days before my entry was even acknowledged, and I became sure the Vocal gods were against me.

During this time I submitted other stories and they were published very quickly. My entry “Burn the House Down'' was chosen as a Top Story and received over 100 reads and lots of hearts. The reward center in my brain was firing rapidly. In addition to the $20,000 there was the new incentive that I was earning money from every single read. And… if I maintained Vocal Plus I would be paid almost double that of the free accounts. $6.00 for every 1000 reads. Easy…..

Wait, What? Now they were rewarding me for clicking the heart for other writers.

And the next thing I knew $5.00 for posting 5 stories. (That was $1.00 per story,) and while not the big time, I appreciated the acknowledgement more than anything.

Within 2 weeks, I had received three $5.00 bonuses, 2 tips and .77 cents in reads. I had broken even and a little bit more. And my Little Black Book story had finally been accepted. Whew.

I sheepishly prayed each day, “Lord, I don’t have to win, but it would sure be amazing.” I read many of the other entries and there was some serious talent. I quickly began to doubt the worthiness of my piece and my prayer changed to, “Lord, maybe you could do a miracle and somehow make my story win even third place?”

In the meantime, my reads crept up ever so slowly and my efforts had gleaned me $1.74. The absurdity of my excitement over these token earnings was not lost on my intellect, but sadly the amygdala of my brain kept fighting with my good sense and urging me to write more, read more, share more.

To fuel my habit, I joined not one but 4 Vocal Facebook groups and started my own group as well. While these groups were not sanctioned or controlled by Vocal, they served as a source of community and feedback. Now, I could read the stories of real people I had at least a cursory connection to. And they could read mine. “I need a few more pennies to reach $5.00,” someone would say, and the group would read their story boosting them to their personal earnings goal.

The disappointment of not winning the LBB Challenge was poignant, though not surprising. I didn’t really expect to win. I was like the gambler at the casino placing “just one more bet” knowing someone has to win, even though the odds were not in my favor.

Challenges kept coming and I faithfully almost obsessively thought about them throughout the day, until that perfect idea would pop into my head and I would surreptitiously sneak away from my responsibilities, typing madly before being interrupted by a needy child. The Vocal bonuses seemed to have dried up and while I continued to hear of people getting bonuses it had been over a week and a half since I had received any.

Maybe they strategically give out those first 3 just to hook us I pondered.

Then suddenly, out of the blue, there it was. That magical, enticing email, “You’ve earned a $10 bonus.” As quickly as my enthusiasm had started to wan, I was back in the game…. Ready to put more money in the slot machine and pull that Challenge handle.

Though I rarely purchase anything as a result of social media advertising, the possibility, however minute, of winning some of the money I needed drew me in. I have to be honest again, and say, “I’m thankful it did."

I have thoroughly enjoyed the challenges to my writing; the camaraderie in the Vocal Facebook groups; seeing people interacting even a little bit with stories I have written and am proud of; and receiving honest, constructive feedback from other writers instead of my normal adoring fans.

Thank you for writing.

I look forward to seeing you in one of the Vocal (support) Facebook groups.

I encourage you to join several groups and get to know the other members. Read their works and they will read yours. Here are the other groups I am glad I found:

If you can relate to my journey, I’d love a heart. Keep writing. Keep growing.