by Michael Brockbank 8 months ago in workflow
Report Story 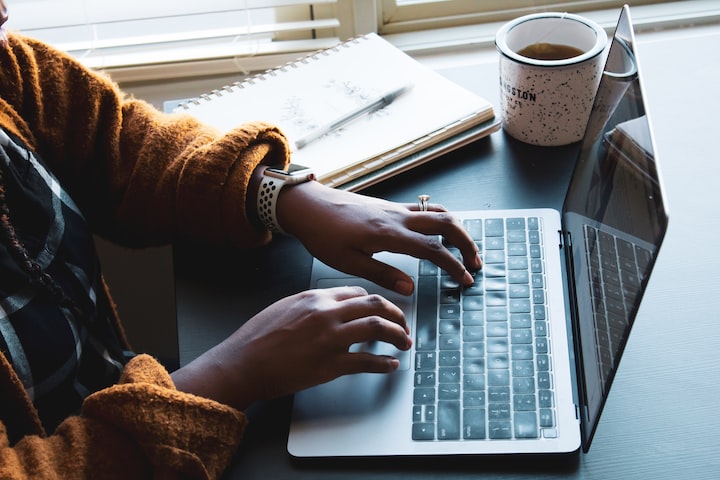 Photo by Daniel Thomas on Unsplash

Too many people are keen to make a quick buck on platforms like Amazon. This is why low-content books are so popular right now. It's all about getting as much as possible on the platform to rake in the cash. But it doesn't always work out that way. Some of us put more effort into actually writing longer books to entertain the masses.

How Much Can You Write Per Day?

One of the biggest contributing factors to writing such a long novel is time. How much time do you have in the day to write your amazing tale?

Some of us just don't have a lot of time available to crank out longer pieces of work. Take me, for example. I spend all day working on client work, my own blogs, editing other people's work, setting up YouTube videos, and much more. My window for writing a 90,000-word novel is exceptionally narrow.

Still, if I am able to manage the 2-hour window I would like for my next book on Monday, Wednesday, and Friday, I would be able to crank out 4,500 words per week. This is because I am meticulous about the tale and work hard to make the first draft as polished as I can.

For me, it would take about 5 months to write up a 90,000-word horror novel. And that's just the writing part for the first draft.

Now, I am working on ways to streamline the process a bit as I would love to publish three books per year. I have a lot of ideas I want to get out there in the world. But for now, it's slow-going because I have so much on my plate.

What about the days when you write slower because you're thinking of the best way to get through the plot? What about days when it seems like the planets aligned and you whip out 5,000 words in a night?

There are a lot of variables to consider, which means there is no quantifiable answer anyone can give you about how long it'll take to write a book.

Scrutinizing Your Story Before Giving it to Editors

After the first draft, you'll undoubtedly go through the novel and do some more polishing before even handing it over to editors or beta readers. That will also take a fairly good chunk of time.

You might have chapters that you'll wind up rewriting, sections you'll remove entirely as they don't flow well with the plot, or other changes you want to make to improve the storyline.

In reality, the book you're writing right now is not the one you'll publish. That's why it's called a "rough draft." And some authors will spend months if not years making adjustments before even handing it over to their agents. I personally know one author who has been working on her second book for about two years, making small changes here and there.

Needless to say, being a good author is not about publishing as much as possible. Some of us can do it fairly quickly, while others will scrutinize the hell out of their first draft.

After the writing process, editing is probably one of the most time-consuming. Especially if you plan to do the editing process yourself as a self-published author. Though, I still advise against it if at all possible.

An author should never edit his or her own work before actually publishing the novel.

But when you don't have the $4,000 some editors and publishers charge, you gotta make do with what you have. Sometimes this means editing yourself while using tools like Grammarly or Pro Writing Aid to help you along. Or, having a friend help go over the manuscript to spruce it up.

Anyway, editing in any regard is a bit faster than writing the entire 90,000-word story, but not by much.

Editing is a vital step in publishing any book. Because if your novel is too difficult to read for your audience, is laden with grammatical errors, or has poor continuity, you won't sell many copies as readers will give your book a bad review.

And that's the last thing you want to be associated with your name as a new author. It's difficult to dig yourself out when your reputation gets sunk by a poorly written novel.

A Lot of Thought Goes Into a Good Book

I know some people who can whip out thousands of words per day with ease. But most will admit that the quality isn't what it should be before publishing. That's OK, though; that's what the editing process is for.

Not only do you have to worry about continuity and plot holes, but also word choice to make the manuscript comprehensible for your target audience.

For example, you wouldn't use long and superfluous language when writing a book for those under the age of nine.

In other words, you need to know for whom you are writing.

In the grand scheme of things, you shouldn't try to rush a 90,000-word novel. Pushing too hard to meet an unrealistic deadline could affect how well the story reads. And as I said before, readers will let others know about a poorly written book in the review section.

In fact, people are often more inclined to leave a review after a negative experience than they are after a positive one.

It All Comes Down to Your Ability to Engage the Reader

When trying to gauge how long it'll take you to write something like a 90,000-word novel, it all comes down to how well you can keep the reader flipping the pages. Some of us can do it right off the bat while others will spend a great deal of time in edits to make it understandable.

Every author is unique in his or her skill set and style. How long it takes you to whip out a longer novel will be vastly different than how long it would take me.

But you won't know for sure until you try it yourself. Don't try to rush your story along just so you can get it up on Amazon. Take adequate time to write a masterpiece that you would be proud of sitting on your own bookshelf.

More stories from Michael Brockbank and writers in Journal and other communities.