Evil Pixies and How to Beat Them 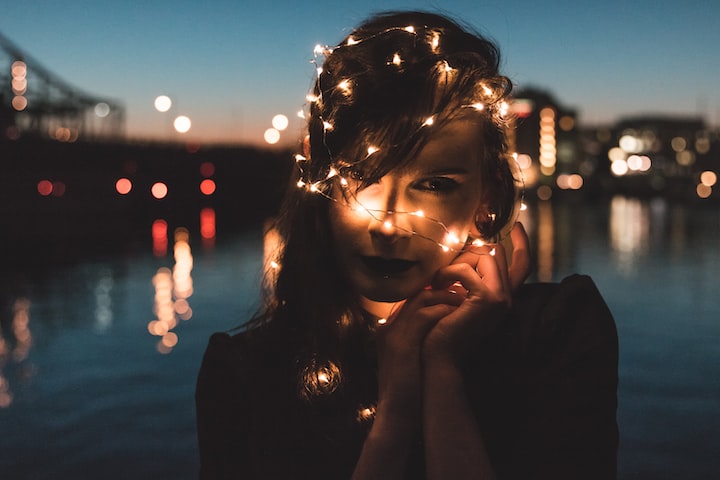 A novelist I knew once told me that in order to write she has to outsmart her Evil Pixie. I suspect that she’s a genius, and I’ve been telling this story ever since.

Imagine that your head is a room filled with ornate treasure chests, and inside of these chests are all the novels and stories that you are ever going to write. You have a really big head! These are the archives of all you could ever write. Apart from the occasional label on some of the chests closest by, which you can just about make out if you squint at them for long enough in the dark, you don’t know what goodies the other chests might contain.

All of the chests are kept locked, except the one that has your current work in it. That chest gets pride of place in the centre of the room, where it is brightly lit by torches and under the constant supervision of an Evil Pixie. It is the Evil Pixie’s job to guard the chests and stop you from looking inside of them. It has the keys to all the chests, but has to leave open the one that you’re working on.

Why does the Evil Pixie have to leave the current box open? How should I know. Ask the Evil Pixie. Maybe it’s in his job description. I have it on good authority that my writer friends’ Evil Pixie was “definitely male,” for reasons that remained dark to her; but don’t worry, I believe that whoever gave the pixie the job is an equal opportunities employer. You could get a male pixie or a female pixie, an old pixie, or a young pixie. They just need to be Evil.

The Evil Pixie sits on the chest that contains whatever you’re writing at the moment. When he suspects that you’re going to be doing some work — for instance, whenever you sit down at your desk to write, the Evil Pixie jumps on the chest and refuses to get off. You’re forced to wrestle him to the ground long enough to open the chest and see a few ideas before he slams it shut again. This is repeated until you run out of writing time and have to stop.

However, the Evil Pixie can’t possibly guard the chest all the time. He may be a pixie and he may be evil, but he still needs to eat and shit like the rest of us. So, when he thinks that you’re not likely to try and get inside the chest, he can afford to leave it unguarded for a while, whilst he nips out to the loo or takes a nap. Which is why you often get your best ideas when you can’t do anything about them — such as when you’re out walking or in the shower.

You can slink around like a ninja, ready to break open boxes and kick Evil Pixie ass, or just lurk in the shadows in the hopes of finding an unguarded box that’s been left open by mistake. But in the end, it’s best that you learn to accept that the Evil Pixie is always going to be there. It’s only doing it’s job. Embrace your Evil Pixie — then figure out how to beat it.

Everyone’s Evil Pixie is a little different. But one thing they all have in common, in addition to being evil, is that they’re unable to guard all of the boxes all of the time. They’re forced to pick one. Hold a stakeout in the treasure room — pay close attention to your Evil Pixie’s comings and goings, get to know its routines and patterns, and look for ways to exploit them. You might not be always able to out fight an Evil Pixie, but you can outsmart them.

I often used to ask my former students how they’d defeat their Evil Pixies. Here are my two favourite answers:

1) By sitting inside the chest to write, once I’ve got him off. It may be a bit dark, but at least I can try.

2) By keeping my novels in chests that open sideways…

What makes your Evil Pixie sit on the box? When do they tend to leave it unattended? Can you trick it into thinking that the box is locked or that another box is more important? Be careful not to startle your prey. Sneak up and take a peek inside the box, or catch your Evil Pixie unawares, tie it up, and go rummaging for treasure. Just be prepared to sit and wait, take lots of notes, and make the most of it whenever your Evil Pixie isn’t looking or takes a break.

James Garside is an independent journalist, author, and travel writer. Join Chapter 23 for the inside track on all their creative projects and insights about life, work, and travel.

More stories from James Garside and writers in Journal and other communities.