A Lesson From My Father 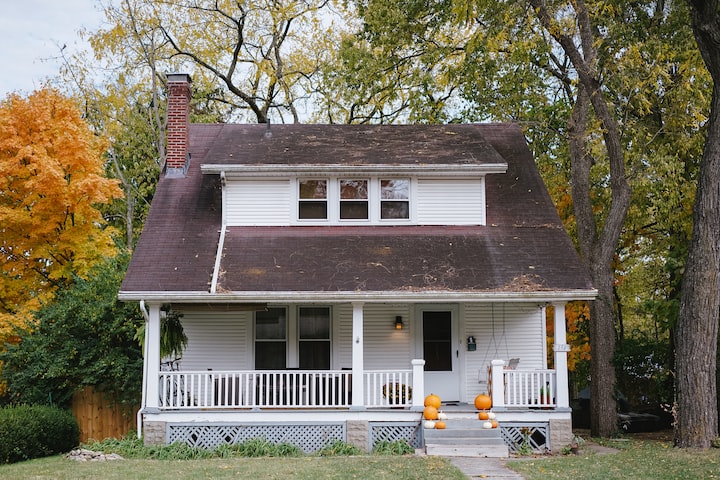 While this is not an uplifting or inspiring story about my father, it is true, and I want to be seen and heard honestly.

When I was around nine or ten years old I found out the truth. For years I wondered why my dad was hardly ever around. I understood that my parents were divorced so I was never going to have that “normal” two parent household. But after some time I realized most of my friends with divorced parents still regularly saw both of their parents. Whereas I usually saw my dad three of four times a year, sometimes less.

So when I finally worked up the courage to ask my mom why my dad was hardly ever around. She gave me an answer that made me wish I had never asked the question.

My father is a drug addict. It was a strange concept to me because as far as I knew, I did not know any addicts until that point. Little did I know, there was addiction all around me. Both my parents and maternal grandfather are addicted to cigarettes, my grandfather is also an alcoholic, and my mom is also addicted to caffeine. Of course, three of those four things and perfectly legal to use in the US.

The story of how my mother found out about my father’s addiction is what really upset me the most. My parents were struggling financially around the time of my birth. A little over a week after I was born my grandmother gave my mom some money so my parents, my sister, and I didn’t get evicted. My mom had a c-section when I was born so she was weak and was taking care of me, so she gave the money to my dad to pay the rent. He then went missing for multiple days, and when he finally came home, he told my mom the truth.

He had taken the money and went on a bender with it. So seeing as their rent was never paid they got evicted, and they split up. Their divorce was final when I was four years old.

A few months after learning the harsh truths of my reality, my dad was in town. I did not intend for the conversation to go the way it did, and I certainly did not want my dad to respond the way he did. I had been struggling, holding in the fact that I knew the truth. It was a hard pill to swallow that my father seemingly chose drugs over his family.

After hours of holding in all these feelings, I started to feel upset… and cried.

In a very condescending tone my father asked, “Why are you crying?”

It was hard to find the words, but I eventually let out the question that was in the back of my mind, “Why did you do drugs?”

He was immediately defensive and really did not even acknowledge the question. We went back and forth. Me trying to ask why because I truly had no understanding of the situation. I could not stop the tears or the pain.

He just kept telling me, “Stop crying, be a man!”

“You shouldn’t be asking about grown folks business!”

My grandfather, who was sitting at the table with us, finally had enough and scolded my father. He said everything my father would not let me say. That I just wanted to know why, and that my feelings were valid, that I should never have had to ask these questions in the first place. I have only seen my grandfather angry twice, that day he scolded my father, and when my cousins and I were wrestling in his RV.

A couple years later, my father went to prison, which allowed him to get over his addiction. I would visit him and talk with him on the phone regularly for the decade he was gone. About four years ago he was released and our relationship is still pretty strained. I truly do not know if it will ever get better. The hard part is that I’m trying to forgive him for the past, but even beyond the neglect and addiction, there’s a lot to unpack that he does not seem willing to do.

Truthfully I do not think he has any idea just how much of an impact just his absence had on my life. I do not know if he ever will understand the role he played in a lot of my struggles as I grew up and even now.

Last year on Father’s Day he called me and tried to make plans, insisting that since it was Father’s Day that I had to see him. It made me angry and sad. All of the birthdays, christmases, and even father’s days he missed voluntarily when I didn’t even have his phone number to call him. I disappointed myself because I did not even tell him how that made me feel.

To all the dads out there that think not being present in their child’s life does not affect them much, you’re wrong. Even if their mom is the greatest super mom in the world (my mom was pretty super), they still need their dad.

I wish I could write a heartwarming, loving, and fun story about my father. Unfortunately we can not always get what we wish for. Dads truly are no joke, whether they are there or not.

Hello all, I am a young man from Akron OH. I have loved writing my entire life! I am a huge nerd and it shows in my writing. I hope you all enjoy my stories! Thanks for any and all support!

More stories from Terrance L Williams Jr and writers in Journal and other communities.